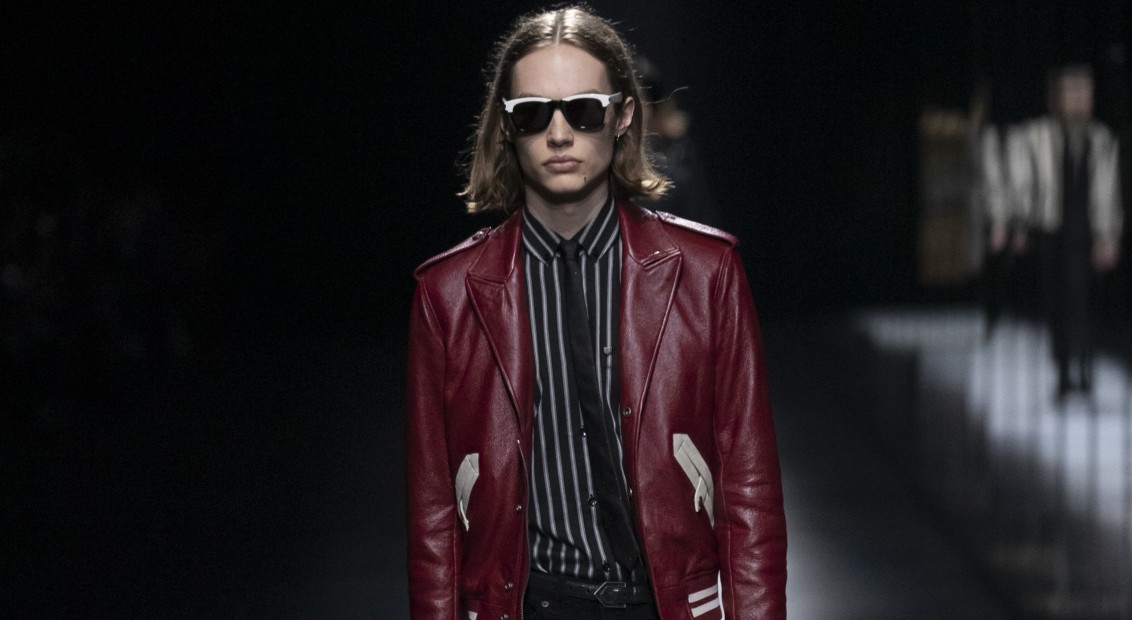 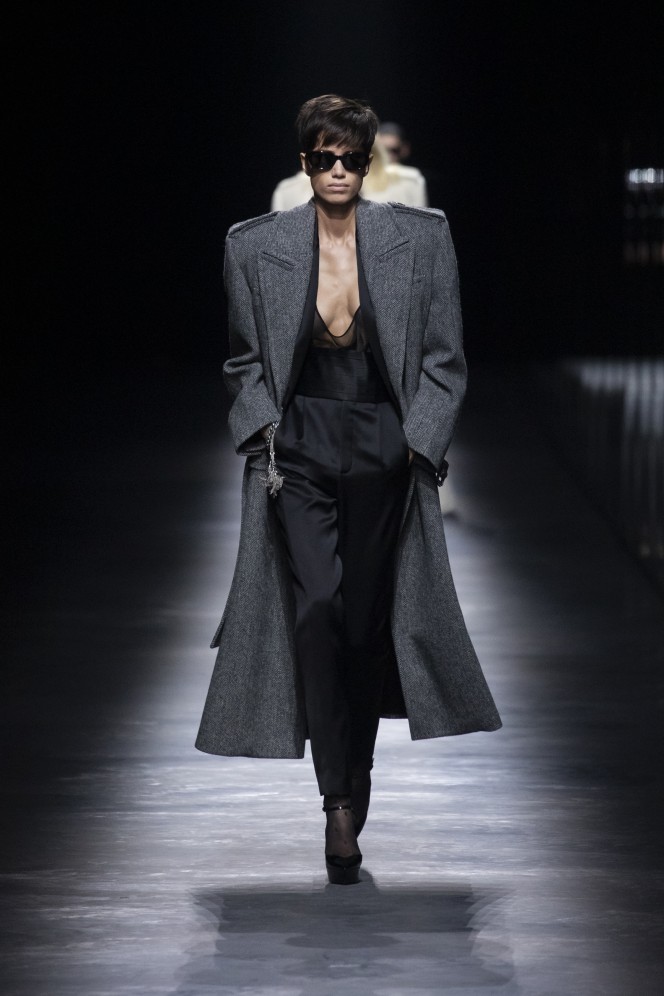 Luis Buñuel’s 1967 masterpiece Belle de Jour marked the beginning of a long-standing relationship between lead star Catherine Deneuve and Yves Saint Laurent. Hired by Buñuel to create a wardrobe for Deneuve’s titular character, Séverine Serizy – a housewife by day and sex-worker by night – the French designer created a timeless wardrobe of exquisite, figure-hugging pieces that balanced between bourgeois sophistication and lustful desire.

Back in December last year, Anthony Vaccarello and Saint Laurent celebrated the 50th anniversary of the film at a special screening at MoMA, and last night, for the Saint Laurent FW19 show, Vaccarello paid homage to Deneuve and Serizy via his latest collection for the French fashion house.

On the Fontaine du Trocadero, stood a specially constructed mirrored building. Flanked by YSL flags, it reflected the shimmering Eiffel Tower across the way. Inside, Hollywood mirror lightbulbs lined the walls, pulsing behind two-way mirrored glass, and Deneuve sat in her usual front-row seat as models stepped out in looks that paid homage to her own inimitable style. (It’s a good job the French actress recently auctioned pieces from her YSL couture collection, she’ll need the closet space.)

Here, iconic styles plucked from Belle de Jour were given the Vaccarello treatment. It was there in the masculine, military-style wool coats, Swiss dot stockings, leopard print shorts, mesh tops, and – of course – those slick, black, patent leather vinyl coats that Séverine Serizy would have gone mad for – her customers too. “Everything starts from the shoulder construction,” Vaccarello said. So we got ultra-structured, exaggerated power shoulders that cocooned the body with dramatic effect – not just ‘empowered’, they looked in charge. Elsewhere, the influence of eternal Yves Saint Laurent muses Betty Catroux and Loulou de la Falaise was felt in the jewelled swimming caps, lush feather boas, slim silk scarves and ankle boots that spirted feather plumage like exotic birds.

A series of menswear looks stepped to a harmonious beat. Slim, new wave suiting was either paired with black Alain Delon sunglasses or Brian Jones-esque thick fluffy wraps. While there were patent leather jackets, skinny ties and a number of striped pieces that were a little bit Beetlejuice, a lot Lou Reed and very us. Oh, and a special mention for those shiny, zebra stripe boots worn by Gallagher jr… just YES.

Lights dimmed and a series of UV looks lead to a ravey finale as pieces appeared to float past, including a series of ostrich-feather looks that, when illuminated in neon, were reminiscent of those strange aquatic creatures found in the deepest recesses of the ocean. The kind of surrealism Buñuel would no doubt have enjoyed.