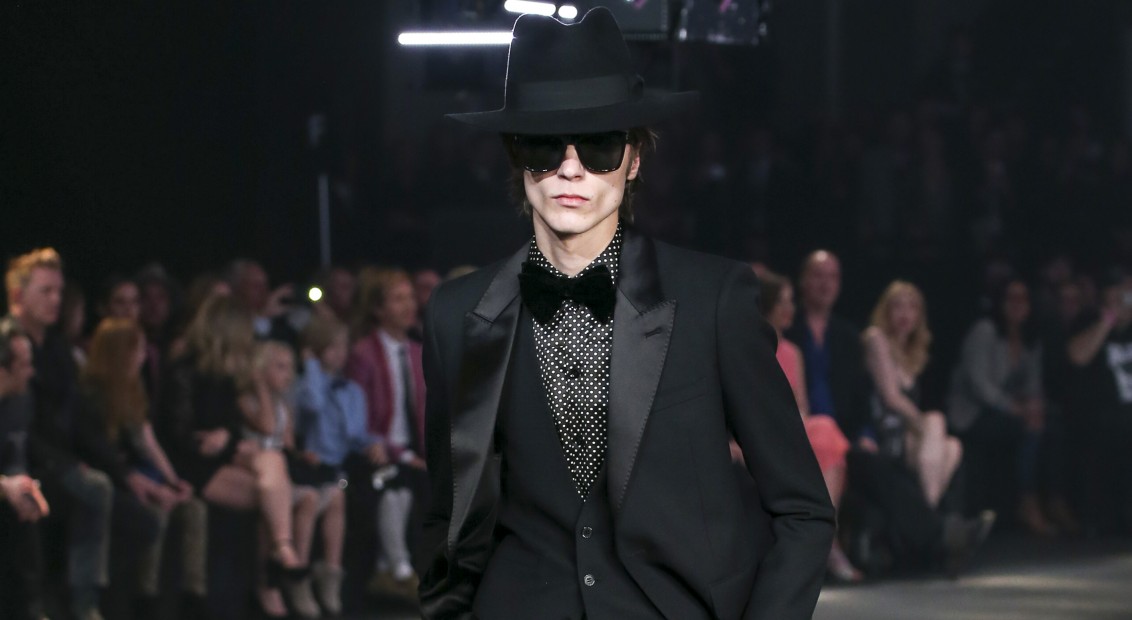 FIRE AT THE PALLADIUM 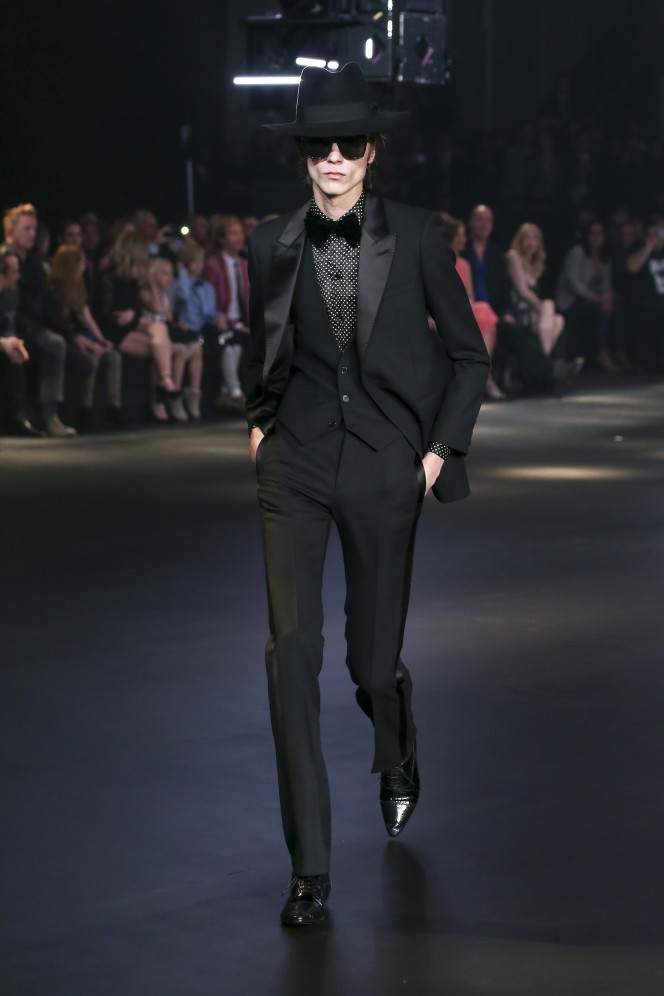 Trust Hedi Slimane to lure you in then rip up the carpet. The designer’s no compromises approach to Saint Laurent hasn’t been short of surprises, from ‘go’ he tipped us into an open jar and gave it one hell of a shake.

He’s redefined the designer’s role at a heritage house, injecting Saint Laurent with a youthful vision so potently his own it’s hard to imagine the brand without it. Without the clothes, the attitude, the gang of hand-picked cool kids, the rock icons and his ongoing Music Project – it might be controversial but it’s a universe people are buying into.

Just days before Saint Laurent’s usual closing night slot at Paris men’s fashion week we heard the FW16 collection would instead be shown at famed Hollywood music venue The Palladium in February. Titled ‘Saint Laurent at the Palladium, Part One’ (Part Two of the women’s collection will be shown on March 7th in Paris) it’s Slimane’s first project in the city since his photographic installation California Song that took over two floors at LA MOCA in 2011. Then we were hit with video teasers starring The Paranoyds, Dylan Lee, Jack Kilmer, Lucia Ribisi (who made the show’s backdrop artwork), Kim and The Created, Ariel Pink. All hands pointed to music and clocks faced West.

Tonight we got a tribute to LA’s music scene, a celebration of talent in the sun drowned city soundtracked by the surging sounds of Montreal psych outfit PyPy. Toes visibly tapped in the celeb-studded audience – that’s Justin Bieber, Courtney Love, Lady Gaga, Beck, Lenny Kravitz and Sylvester Stallone. Not to mention the afterparty, which kicked off with Father John Misty and was carried well past witching hour by the likes of Joan Jett. JOAN JETT.

The clothes were a tribute to Rive Gauche in its 50th anniversary. To the pioneering vision of Yves Saint Laurent who rebelled against a couture-centric culture and opened a string of ready-to-wear boutiques, sparking a democratic new age in fashion. To the likes of Loulou de la Falaise whose bohemian style heavily influenced Yves’ output, and whose jewellery for the house lives on in the collection here through brooches on brimmed hats and imperial themed tapestry jackets.

Slimane sought out the archive with the 82 Musical Note print glimmering across pussy bow silk shirts and, in crystals, on the back of one very lush red velvet jacket. Couture guitar jackets were killer with metallic boots. As were the fur or gold-embroidered caftans and the military influence that brought up the regal nuances of the SS15 Psych Rock collection. Girls wore midi dresses and jupe-culottes in leather or tweed while the boys looks (worn on boys – pretty much everything is unisex) saw Slimane return to the skinny androgynous silhouette he pioneered at YSL in the late 90s.

Here we have a homecoming for Saint Laurent and for Slimane himself. The designer’s heart is firmly rooted in West Coast America after all, its attitude and vitality as constant an inspiration to him as the Pacific’s waves are to California’s beaches.

So as Slimane stepped out at the end yesterday it was hard not to think of the show as a climax. The big bang. Rumours as to what it might signal (the end of his tenure?) are rife, but that’s speculation and here’s a player who keeps his cards to himself. Sit tight, whatever we’re in for it’ll be a ride.