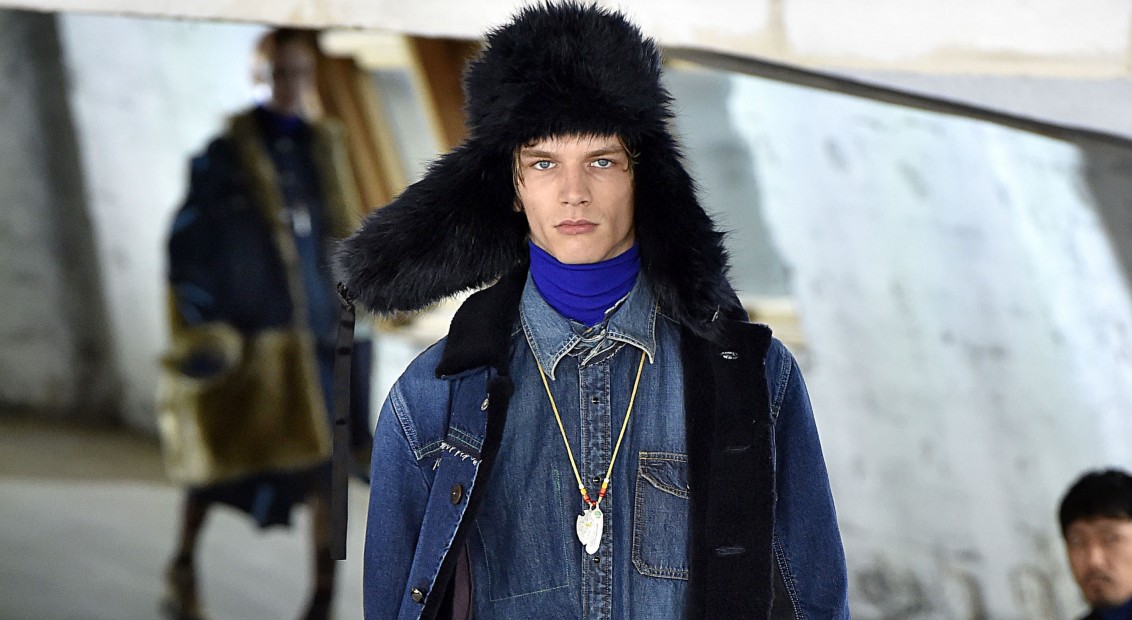 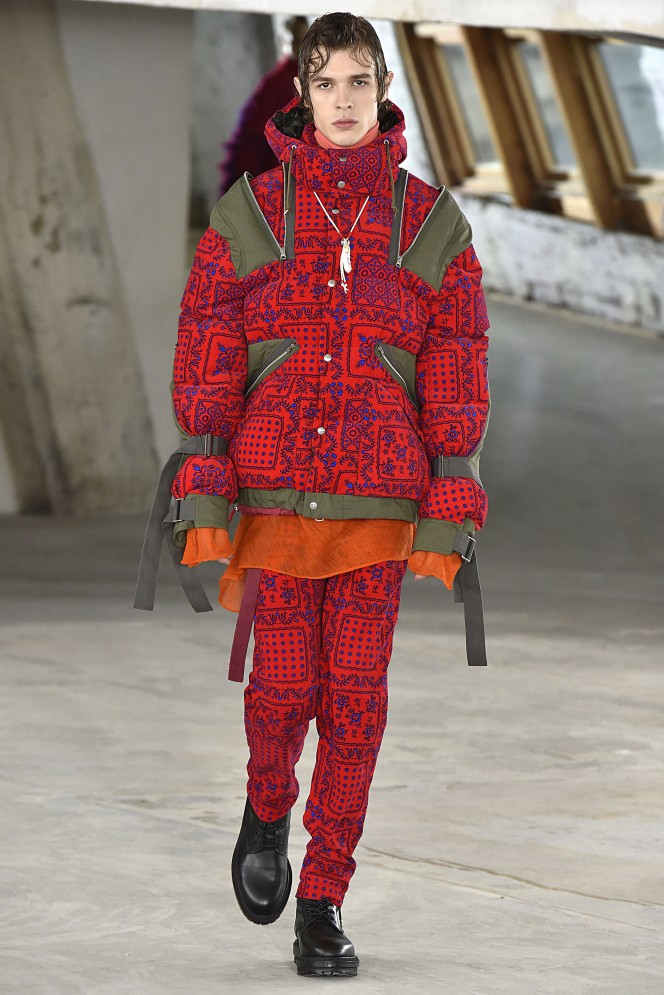 “Truth. It’s more important now than ever.” The slogan from the New York Times that first ran almost this time last year, was printed across Sacai’s t-shirts and jackets, one worn by designer Chitose Abe herself as she stepped out to take a bow. Sharing the same problematic social landscape that inspired the newspaper’s campaign, the collection looked to address questions of authenticity and perception.

Given the brand’s signature in silhouettes built with hidden details that convert and transform, Sacai is an interesting brand to broach themes of perception. Abe continued developing these new hybrid silhouettes, with this season’s focus on their unravelling and deconstruction – emphasised by zippers placed along the exterior of clothes to bring a new transparency about their form.

A sense of togetherness defined the mood. Abe enlisted the expertise of Reyn Spooner for a collaboration of Hawaiian prints and re-contextualised to corduroys, waffle knits, down jackets, they were almost unrecognisable in their new wintriness. Cross-cultural fragments from other parts of the globe appeared too, from traditional English plaid to Arran and Nordic knits, to sheepskin boots made with Australian UGG. Perhaps the most subtle in their size was from her native Japan: delicate silver gilded feathers slung from the neck, on loan from the archives of Goro’s. The charms were intended by the late Goro Takahashi as an emblem of the Egyptian Goddess Ma’at, and of the thought that honesty will keep your heart as light as a feather. A nuanced expression of authenticity at a time where the truth is hard to find.