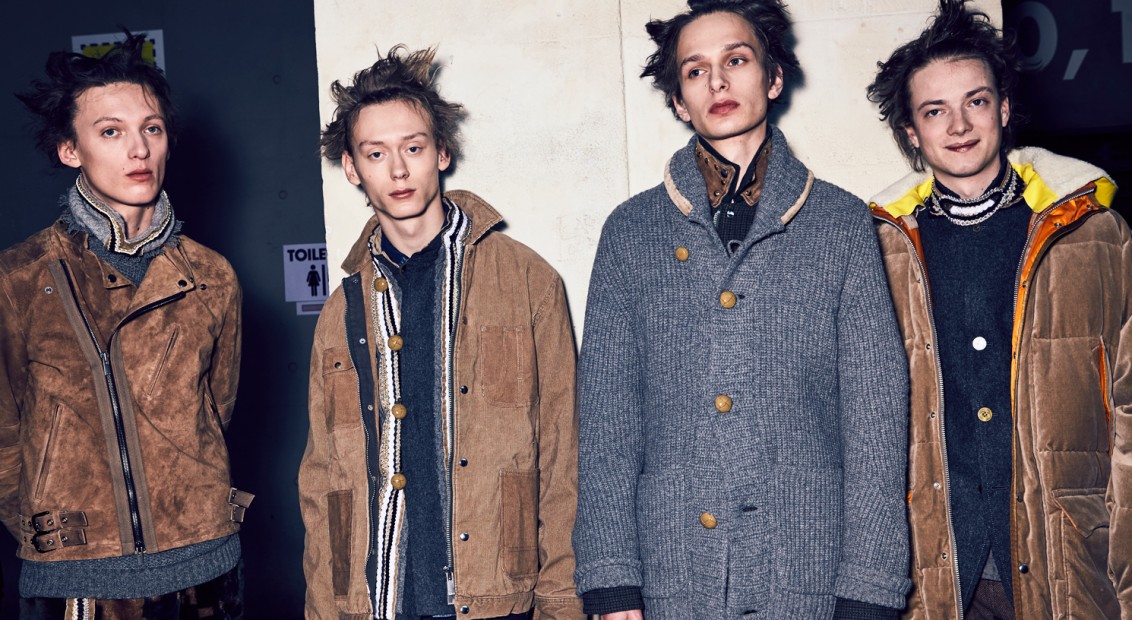 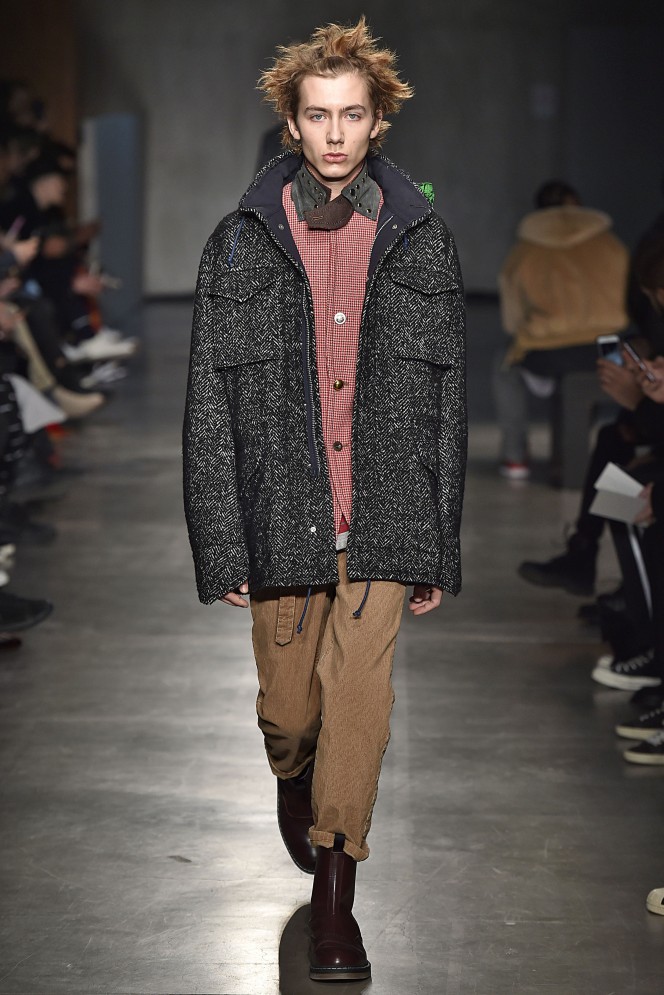 On Saturday morning in a bohemian Parisian neighbourhood, editors gathered at Le Cent Quatre, a late 19th century industrial building that once housed the city’s undertakers. Now a public cultural centre, the venue played host to the FW17 Sacai show. As the sun poured in from the glass roof, a distinct voice poured in through the speakers. It was the intoxicating rasp of William S. Burroughs, explaining how he used collages of chopped-up text and tape as a Dadaist literary method of producing random statements – a practise he popularised during the late 1950s.

Sacai’s creative director, Chitose Abe, is also well known for her cut-up techniques, for over fifteen years her collections have been bold experiments in fashion hybrids that collage unlikely design elements. Her latest men’s offering was no exception. This season, however, the Japanese designer explored subtler tones – the details were the focus. She spliced archetype staples and reconfigured them into new forms; a hood from a flight jacket found itself on the back of a velvet parka, an English herringbone tweed coat merged with a mountaineering jacket and the collar of a biker jacket was stitched into a gun-club check blazer. And, according to the show notes, there are an abundance of “hidden decorative details that are there for the wearer’s pleasure, rather than to satisfy an audience” – we can’t wait to take a closer look. 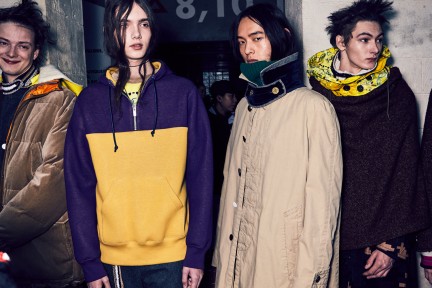