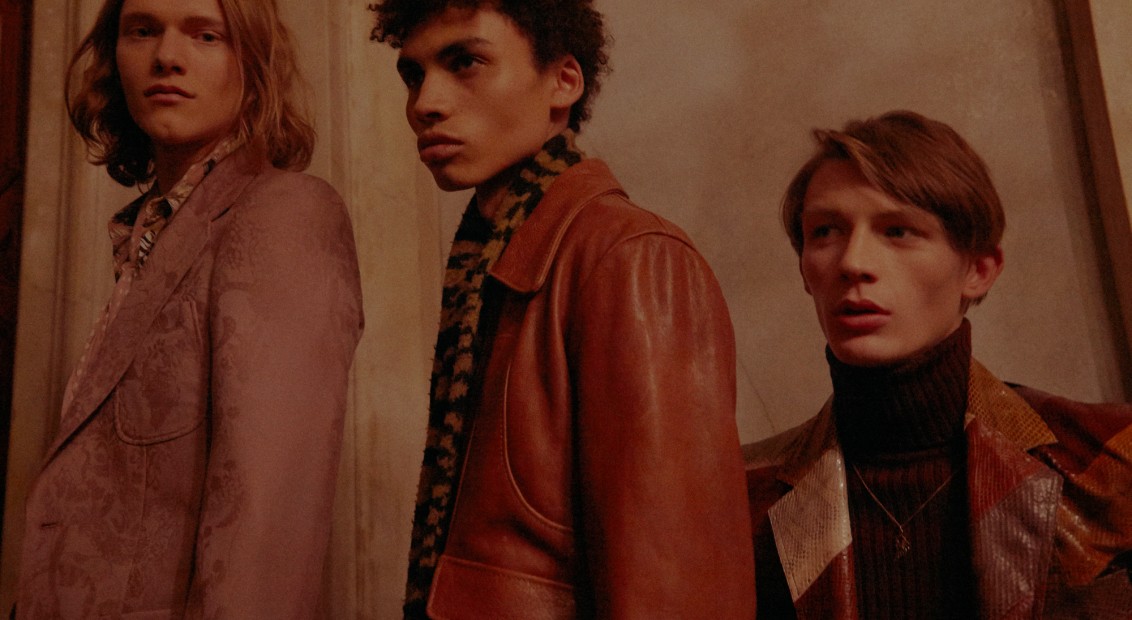 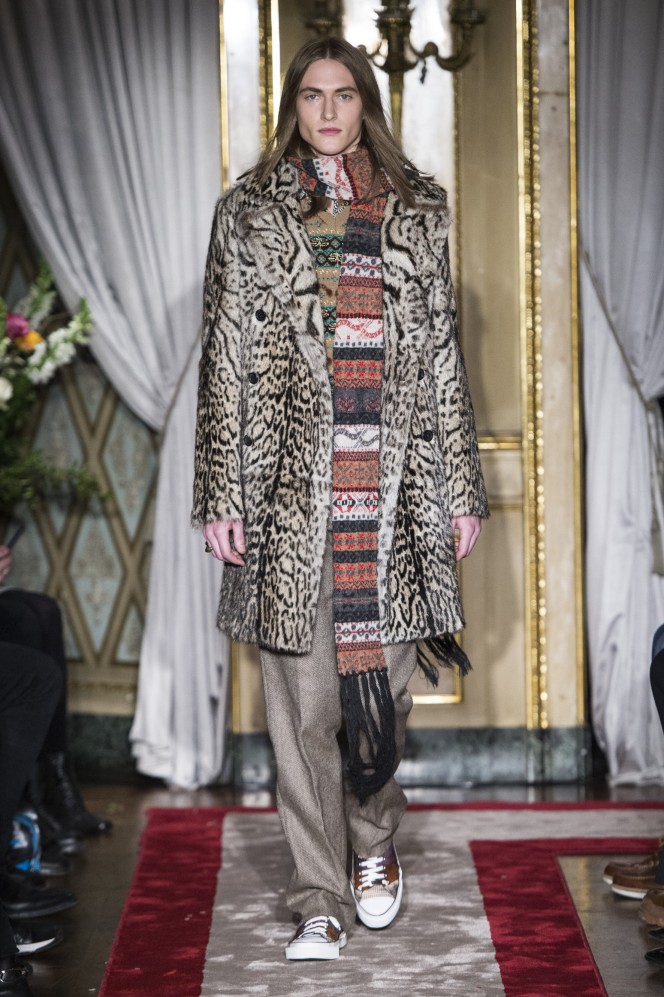 Peter Dundas showed his first menswear collection since he was appointed as creative director at Roberto Cavalli in March last year. He was previously at Pucci for seven years. Before that, Emanuel Ungaro, prior to which he was chief designer at Cavalli. Familiarity with the brand, its ethos and aesthetic are already in his favour.

The show was held at Milan’s Palazzo Crespi, a flamboyant, grand and monumental venue. Neoclassical and baroque-style paintings and architecture embellished the walls and ceilings between multiple, interconnected rooms. Each individual seat was wooden or cushioned.

Dundas had created a stark dichotomy between chilled vibes and opulence (supplemented with the dominating decor) with blue flared jeans and Converse-styled shoes paired with every look – “a blueprint for the new Cavalli man.”

Examples of the Norwegian designer’s sensibility for pattern was clear (Pucci has served him well). Jacquards and animal prints – Cavalli’s calling-card – from tiger to python were present on jackets, jumpers, long coats and floor-length scarves. Floral motifs played a large part too: a full-denim look (twenty) was detailed top to bottom.

Collectively they were a nod to the freeness of late sixties and early seventies creativity and referenced Dundas’ musical heroes, from Jagger to Richards. Laid-back silhouettes, bright colours and feminine tropes were all there – and timely with the conversations surrounding the fragility of masculinity after Jaden Smith modelled for Vuitton’s womenswear campaign. A powerful start.