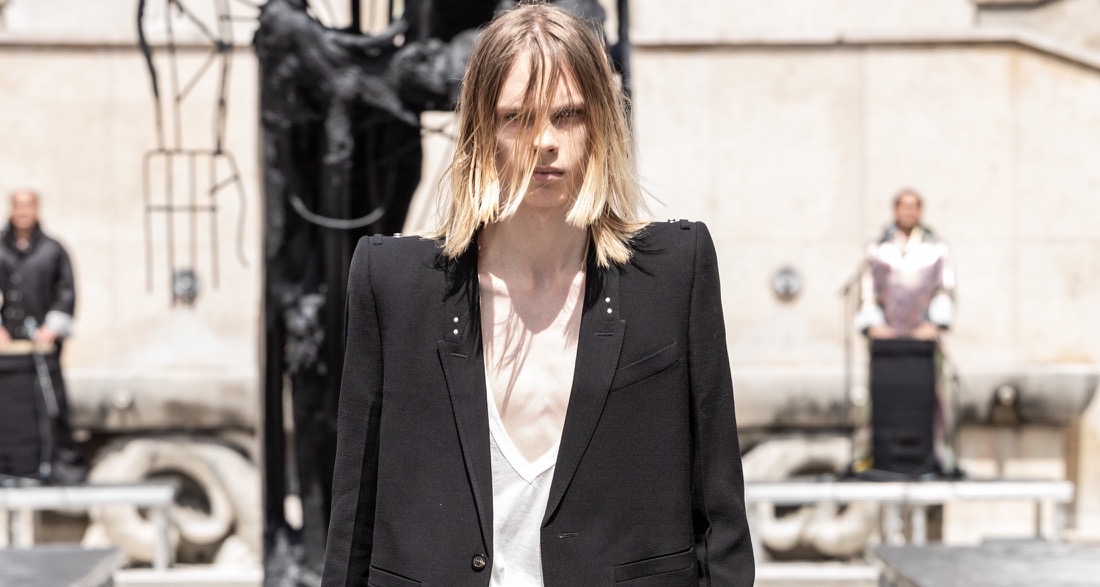 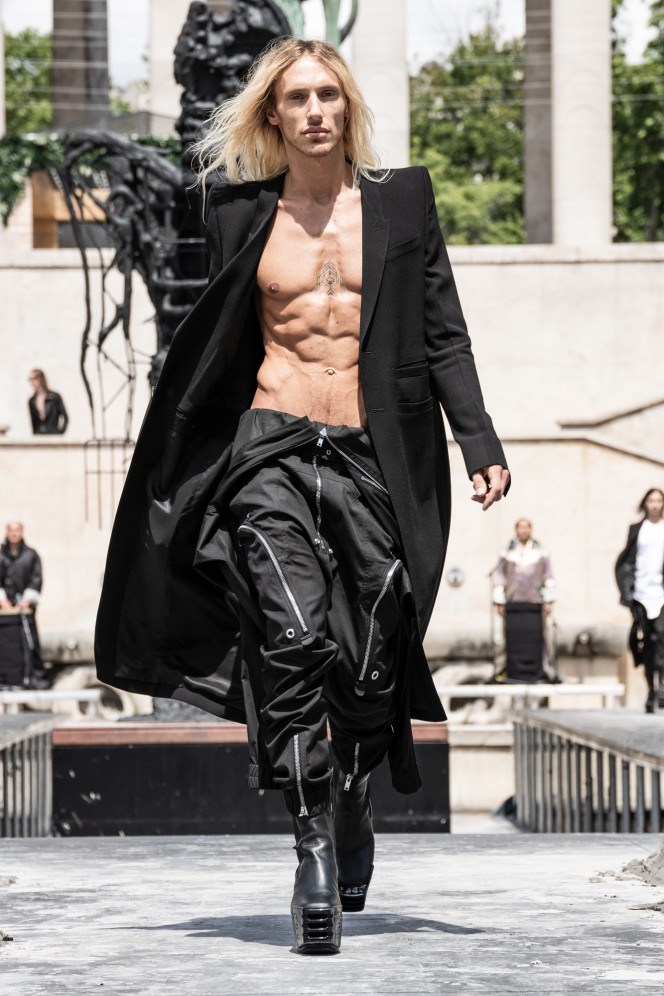 In a world divided by politics, Rick Owens’ SS20 collection was rooted in the spirit of collaboration and inspired by his own heritage: “I’ve been motivated to explore my personal Mexicanness as a reaction the US President’s fixation on a border wall,” he wrote in a moving, autobiographical press release. Wife Michele Lamy’s band Lavascular provided a soundtrack (Acceleration, featuring her daughter Scarlett), enhanced by Mexican musicians, invited to perform ceremonial music in their Nahuatl Aztec language.

Inspired by his father, who worked as a translator for migrant farm workers in Rick’s Southern Californian hometown, the Aztec eagle logo of the United Farm Workers Association cropped up on the first collaborative pieces: t-shirts and overshirts, whose profits will support their efforts. Next came a Champion capsule collection featuring togas, briefs and loincloths; last up was a chunky hiking sneaker, created alongside eco-friendly Veja (“the most environmentally friendly sneaker brand I could find.”)

At the centre of the runway stood a sculpture by artist Thomas Houseago from his Almost Human exhibition across the road at the Musee de l’Art Moderne, while tons of raw clay was shipped in from Houseago’s LA studio and spread across the Palais de Tokyo courtyard – it was later collected and sent to the École des Beaux-Arts for the students there to use. Epic.

Aesthetically, the collection was signature Rick: cotton jumpsuits, high-waisted cargo shorts and zippered combat trousers made up the earliest looks, which came teamed with vertiginous, plexiglass platform boots. Sharp, tailored blazers and overcoats came in metallic, waxed fabrics (a nod to sculptor Thomas Houseago, whose work was the centre-point of the venue, Palais de Tokyo), but the most impressive looks  were the sequinned, dancefloor-ready jackets, made to be peeled off and buckled around the hips as the party heats up. By responding to separatism with togetherness, Rick worked a poignant, political message into a collection that will live long in the memory.