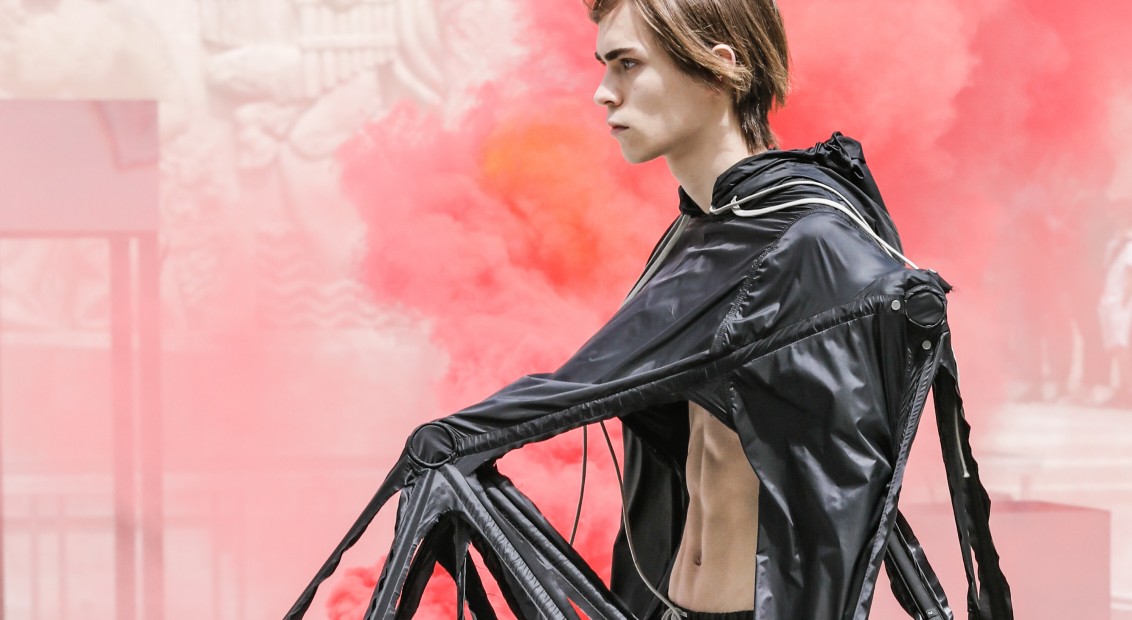 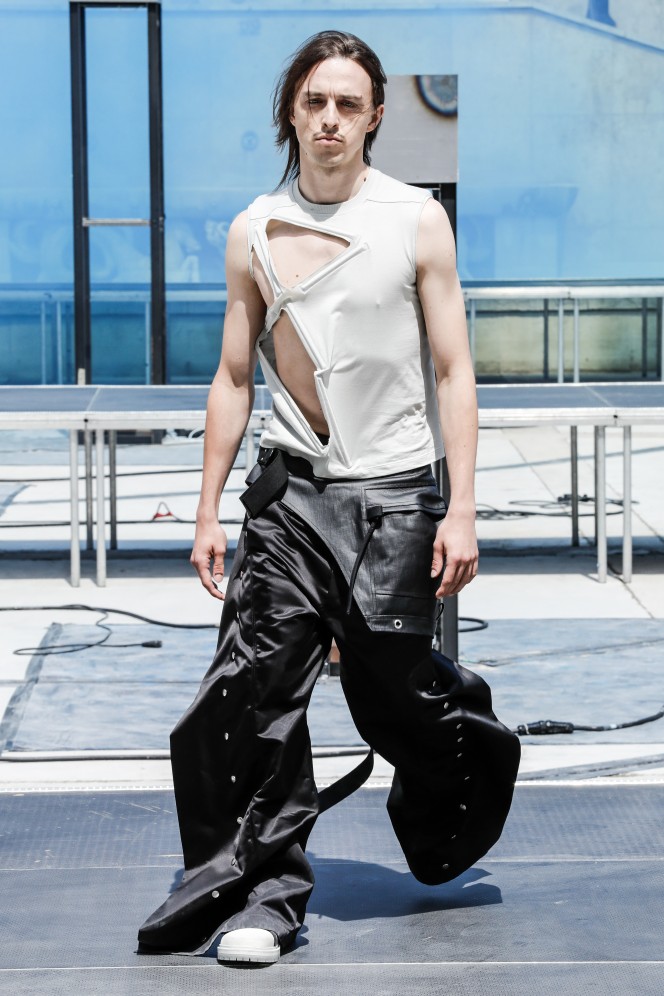 Invites for the Rick Owens show came in the form of pollution masks, which turned out to be a necessary measure. In the grand courtyard of the Palais de Tokyo, the runway snaked around a series of metal columns that began blasting coloured smoke, so that the models emerged and disappeared again as they passed through the kaleidoscopic fog. Owens certainly knows how to put on a spectacle.

Luckily, the clothes themselves could hold their own against this genuinely breathtaking backdrop. Denim jackets were folded over on themselves and seamed up to make shorts, like a peeled-off second skin, or a chrysalis from which the models emerged to march through the apocalyptic haze. Geometric patterns manifested themselves as jacket cut-outs, dangling metal charms that hung from belt straps and, in the final third of the show, giant bodily protrusions made of tenting fabric — Owens noted backstage that his inspirations included riots and the Burning Man festival.

These were clothes for survival, an ode to human resilience. In any other designer’s hands, this would come off as trite, but with Owens’ alchemical touch, it was a powerful, and valid, statement.