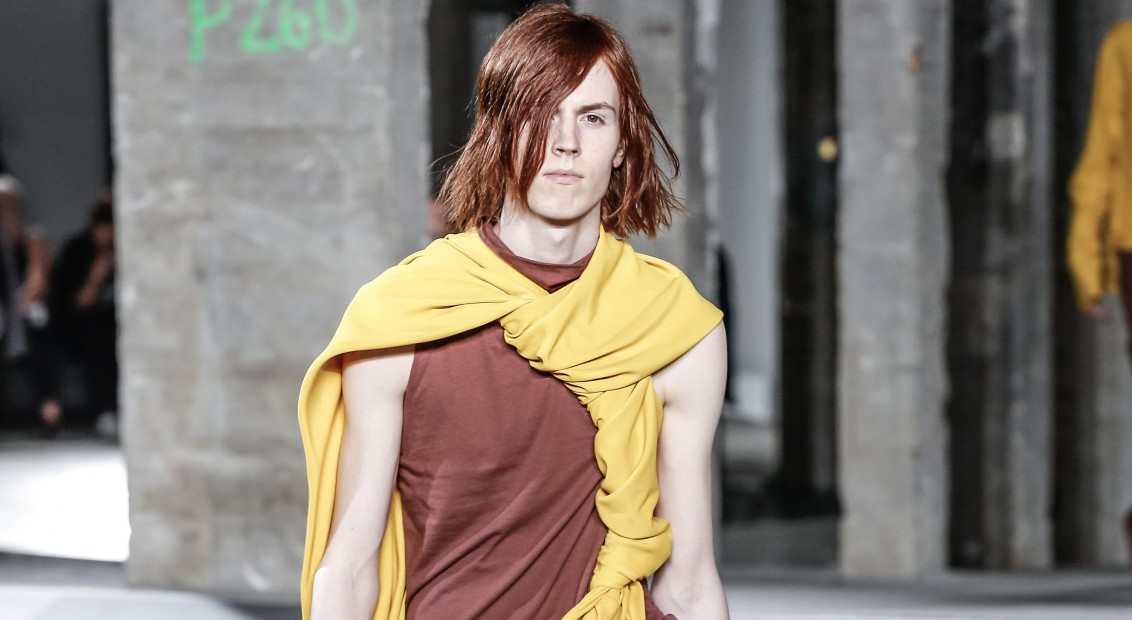 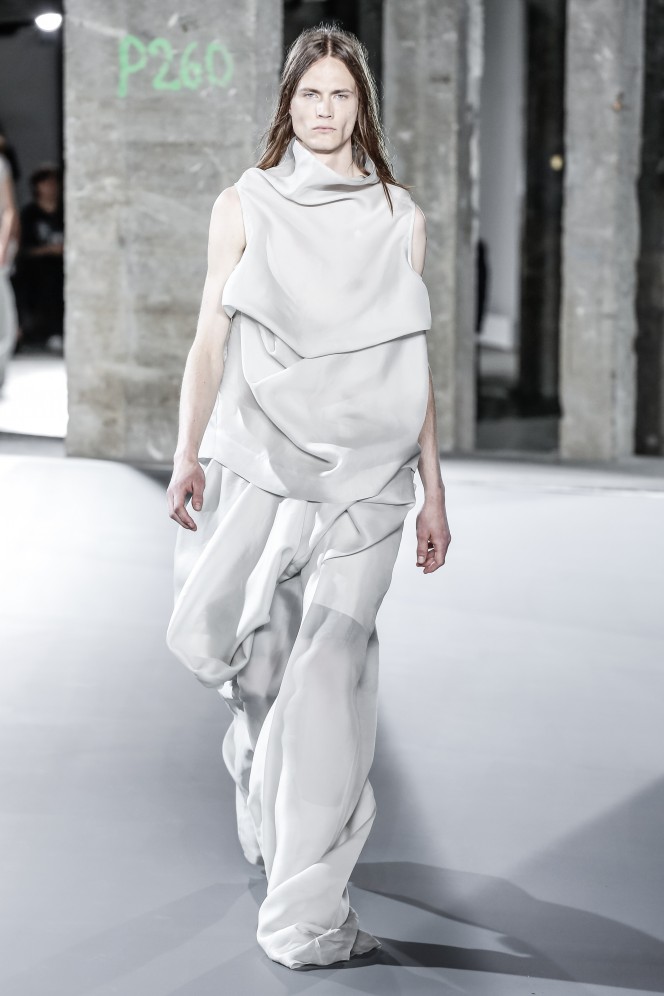 Mastodon, Rick Owens’ FW16 collection represented the first stages of evolution, and his neanderthal man already had apocalyptic themes on the brain. One season later and it’s blue sky thinking. Titled Walrus, Owens’ SS17 collection saw the designer’s man moving past those initial fearful thoughts (“might we gracefully go the way of the dinosaur?”) and considering change, adaption and transcendence.

The clues were evident before the show began, moving the holographic show invitation from side to side saw a man morph into a walrus, as a mammal both prehistoric and yet still existing today, the Walrus is the king of adaptation. But in today’s world in flux where the Earth takes a daily pounding, even those sturdy creatures are now considered a candidate for threatened status by wildlife services.

This theme engaged from the get go, as Neil Young’s After the Goldrush – an ode to the environment – fed out the speakers and models descended a set of spiral metal stairs. Owen’s silhouettes paralleled his man’s evolved state of mind. In a palette cleansing pale grey, swathes of fabric twisted, knotted and draped across each other to create nine opening fluid profiles. As each model walked through the underground, concrete show space, their layered outfits flowed around them like figures caught by an over exposed lens or ethereal spectres on course for the great unknown.

Through this tranquil canvas burst rich earthy tones, yellows, browns and blues, representing the natural world and that eternal connection between man and Earth. Again combining the classical and the contemporary, the show notes articulated those draped figures as, “If a medical diagram were sketched by Madame Grès.” And the French couturier’s influence was hard to ignore, it was present in those Grecian-esque layers that tied at the shoulder blades and crossed around the stomach, extending the body frame, and those draped trouser bottoms that swept along the ground like Monastic robes.

Here, Owens was translating a mindset through an aesthetic dialogue: the ability to change and evolve enables a constant state of spiritual awakening that sharpens perspective. In light of today’s devastating EU referendum results, we’re in desperate need of this ‘walrus’ state of mind.