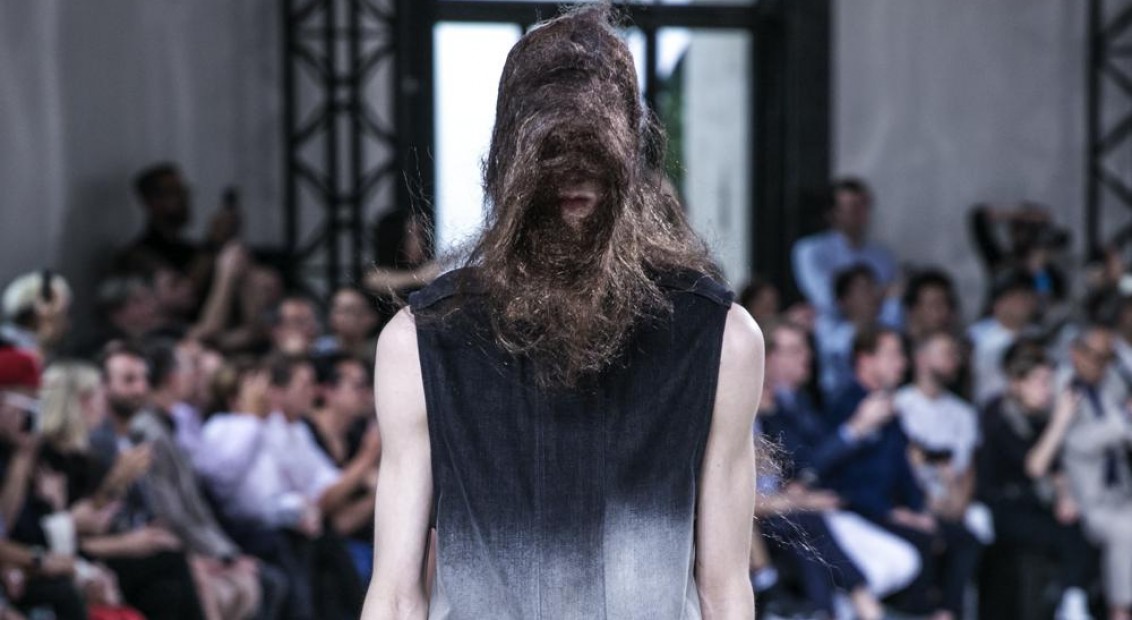 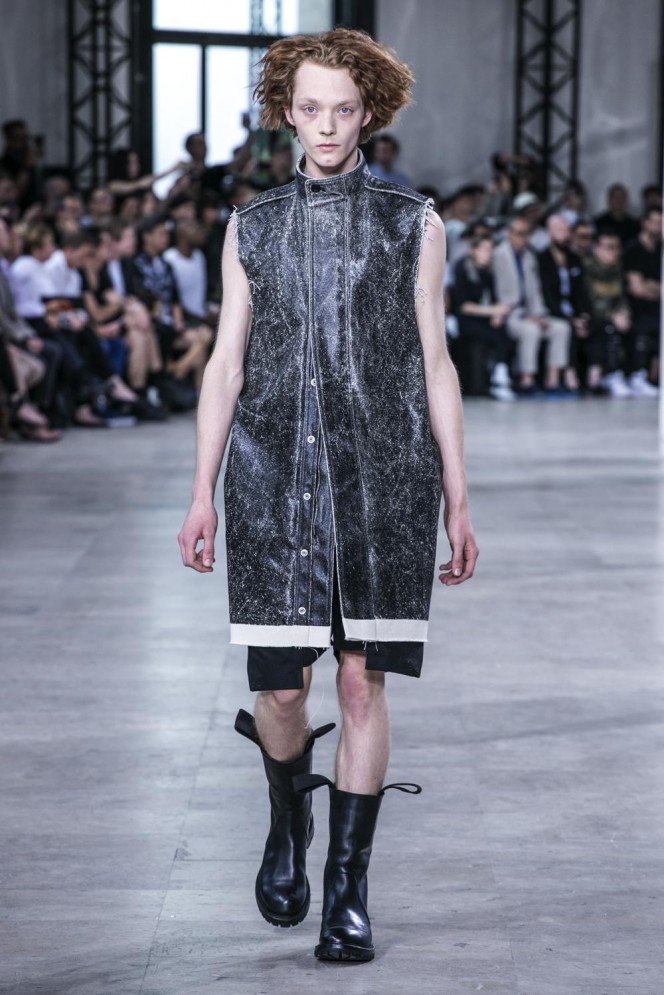 This season was comparatively modest with patinated, cracked leather – in black, white, burnt orange, a striking crimson red and a sliver of gold and silver – draped like cotton over models’ bodies, creating disfigured shapes and leaving more to the imagination than usual.

However. Torsos made slight appearances; legs were out; and bulging arms left bare. A play on our expectations, thinking we’d get nudity particularly after last season – instead the asymmetric cuts flirted with our curiosities even further.

Curiosity turned to controversy towards the end as one of the models held a white-cotton sign in protest: “PLEASE KILL ANGELA MERKEL” and then “NOT” underneath. Nonsensical, and not a part of Rick’s collection. Nudity may have been absent as opposed to last season (apart from the one phallic flash) but the solemn tone still had whispers of Owen’s dark-rooted campness – a subtlety all the more exhilarating.