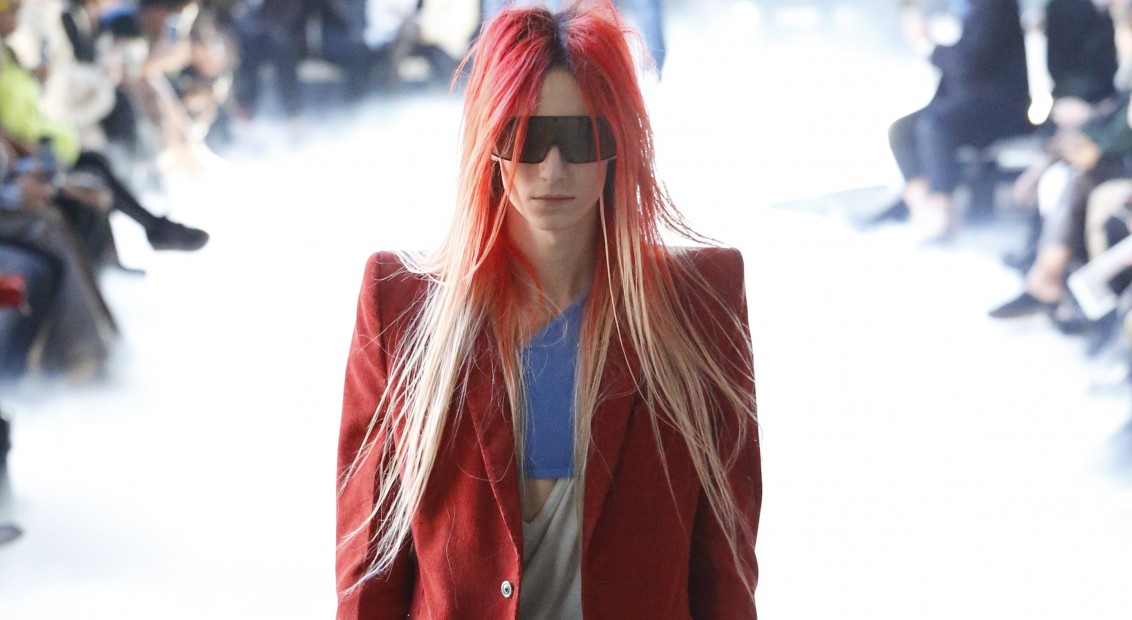 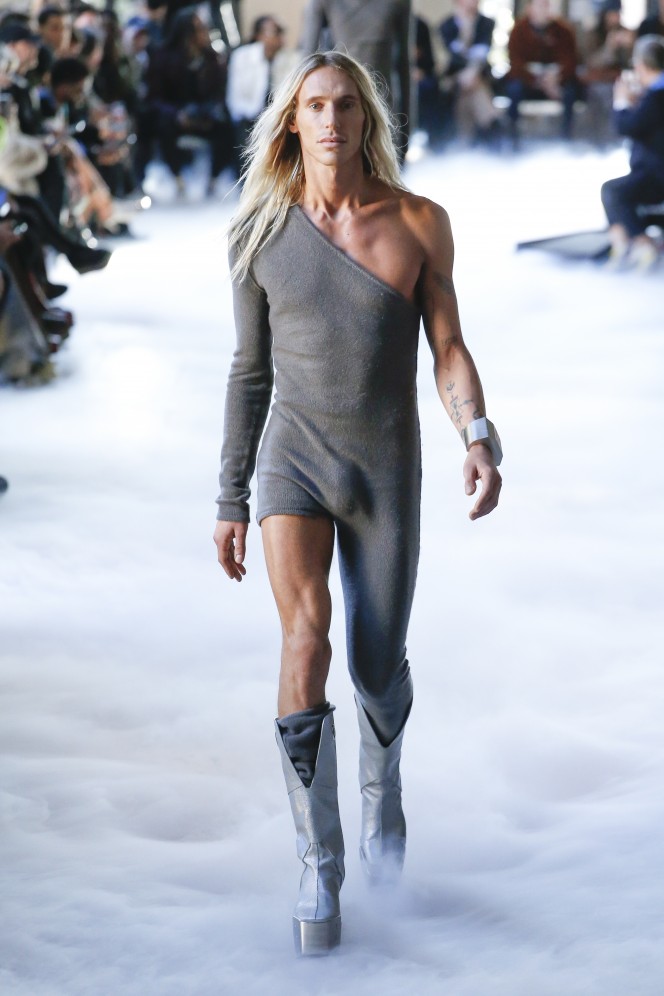 To simply describe Rick Owens as a fashion designer is to discredit his oeuvre: the man is nothing short of a visionary. Over the course of his decades-long career, he’s fused models together into symbiotic structures, paid homage to the penis with his quirky cut-out tunics and transformed the courtyard of the Palais de Tokyo into an industrial walkway to intensify his dystopian aesthetic. Therefore, every season, Owens’ audience anticipates a spectacle – but his FW20 show still managed to extend beyond his usual parameters.

Once again, the Palais de Tokyo played host to Owens’ production. Deluged with dry ice, the atmosphere of the show space was post-apocalyptic – a vibe so often tapped into by the designer.  Roselee Goldberg’s performance art biennial Performa provided the foundations for Owens’ work, as his wife Michèle Lamy (or “hun,” as he affectionately refers to her) partook in this year’s project. Lamy’s involvement inspired him to reflect on his own relationship with performance and society’s at large: “Our Instagram generation makes refining behaviour vs indulging in performance a weird new balancing act,” read his show notes.

Deciding that this collection would involve a “heavy dose of theatre,” a selection of men representative of a not-so-distance future stepped out in garments that defied conventionality, as asymmetric designs left chests partially bare and upper thighs on show. Translucent macs with opaque sleeves revealed the models’ skin beneath to create subversive silhouettes, while felt longline jackets came complete with imposing shoulders for added structure. One-pieces printed with circuit board-like lines felt extravagant in comparison to the slate-grey looks which consisted of longline knits and draping jersey t-shirts: essentially, Owens’ version of pared-back dressing. From the towering platform boots to the visor-like shades, Owens suggested that all the world’s a stage and his menswear offering was a microcosmic interpretation of that fact.