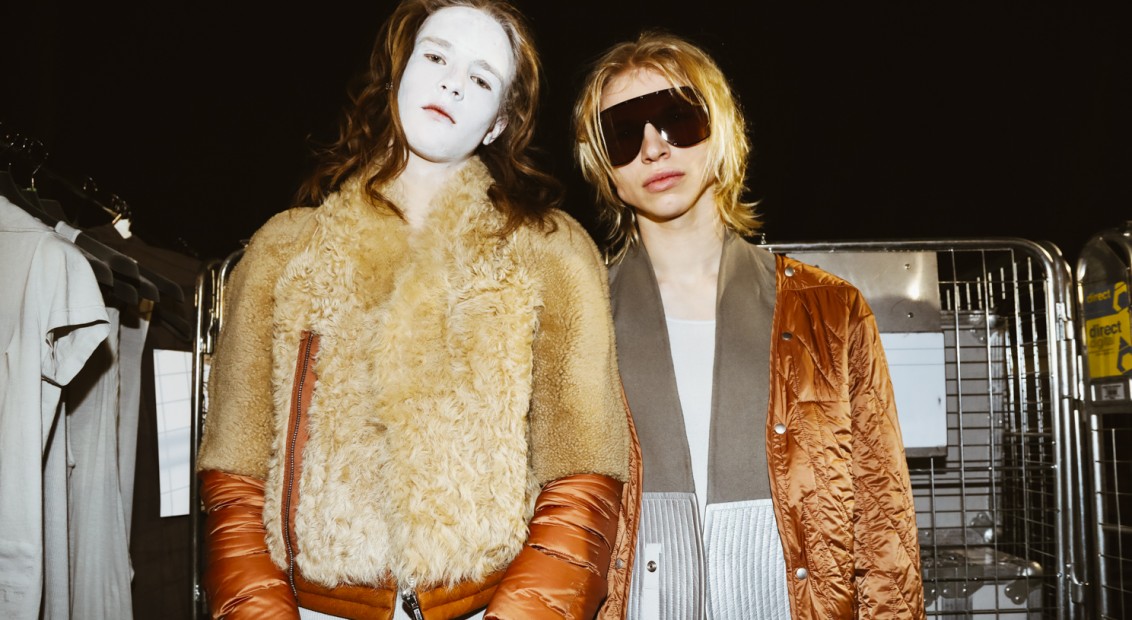 If any designer were to honour the genius behind KISS, Labelle, and Grace Jones’s artistic direction, it would have to be Rick Owens. Larry LeGaspi, the man responsible for Glam Rock’s spacesuits, studs and power looks was not only the inspiration for Owens’ aptly titled ‘Larry’ FW19 collection, but also a book that will hit the stores in October.

The ambience of the 70s crossed over with 80s flair, as ABBA’s Gimme Gimme Gimme performed by Swedish rock group Leather Nun, remixed by Fecal Matter blared over speakers and a 1940s Defence Anti Adrienne searchlight (the same used on the beaches of Normandy) lit up the runway at the Palais De Tokyo. Being subversive is synonymous with Owen’s style; his creations always seek to find the beauty in broken ideals. This season, “camp ferocity” was on Owen’s mind

In ‘Larry’, this played out via long quilted puffer coats (and bombastic cropped versions) worn in varieties from luxe ruby to beige, as blazers both cropped and long showcased sharp lines. A standout was the woolen coats with 3D jumbo patent pockets; the painted canvas technique also exercised in black and silver on other outerwear pieces. The infamous KISS lightening bolt from Ace Frehley’s original jumpsuit was incorporated onto nylon vests, as appliqué and patchwork techniques were used on silhouettes that favour the brave. High-rise jeans – rinsed and oily – and nylon jogging pants were paired with white rib tank tops to complete an understatedly cool tone – the kind a golden-era rocker might wear on a day off. But of course, the fuchsia wide-legged trousers and shouldered shearling was an inspired choice – the most flamboyant stars don’t need an occasion.

Elsewhere killer platforms elevated models to new heights while a collaboration with Veja on vegan performance runners offered a more dynamic statement. Art deco to androgyny, the designer’s LA roots are never far from styles that put a bit of stardom in every step. 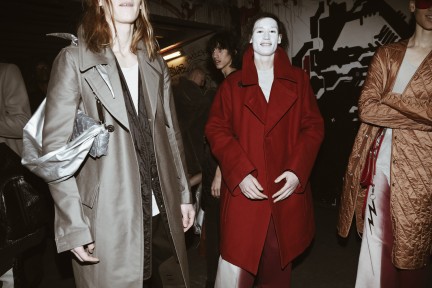