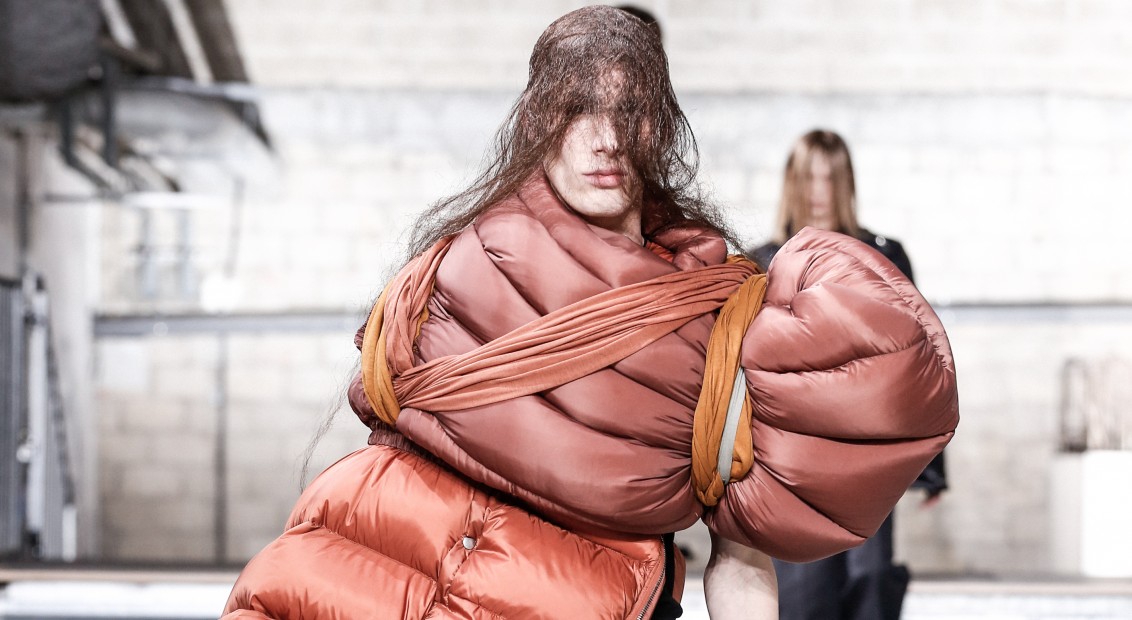 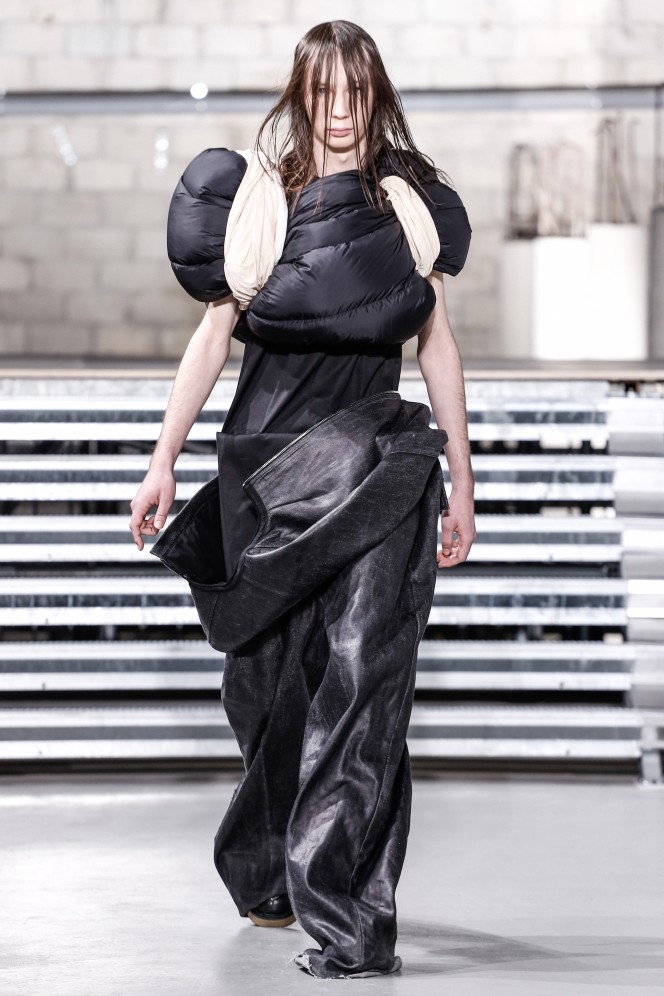 “How do we find the gentlest way to react to cultural and political threat? I might have summarised that sense of doom with the last few shows and now it’s time to move on.” On the eve of Donald Trump’s inauguration, Rick Owen’s FW17 show notes had poignant gravitas. Titled ‘GLITTER’, this season Owen’s deep subversiveness was fuelled by a defiance in the face of adversity and a Dionysian outlook focusing on liberation via anti-conformity.

Growing up in California in the 60s and 70s, that era’s sleaze and sexual freedom fed into Owens’ thought process: a time when people sought release via music and good times a-plenty beneath shimmering disco balls. Twisting this to fit his own disruptive aesthetic, sleaze manifested as oversized nylon jackets and deconstructed puffers that wrapped and bound models, resembling post-festival sleeping bag tussles.

The inspiration behind these distorted and bulging limbs also stemmed from French women during WWII, whose hats were a source of fashion solace and extravagance during an epoch of restriction and rationing. As supplies of straw and felt shrank, horsehair, feathers and millinery flowers (all very Owens) were worked into towering millinery pieces that acted as a fabulous middle finger to their Nazi oppressors.