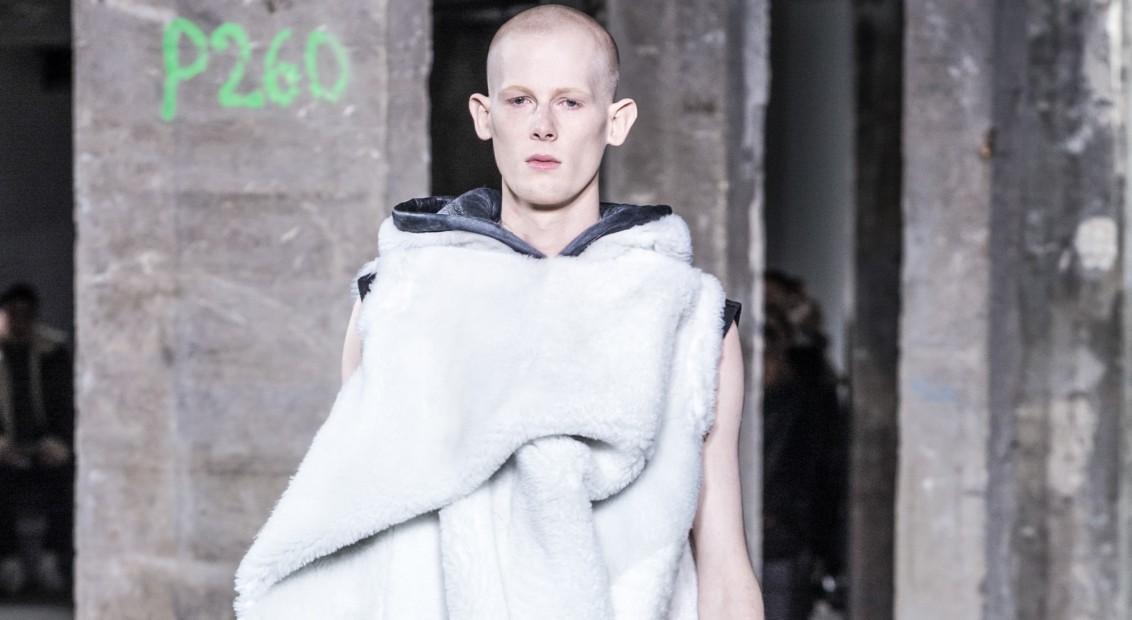 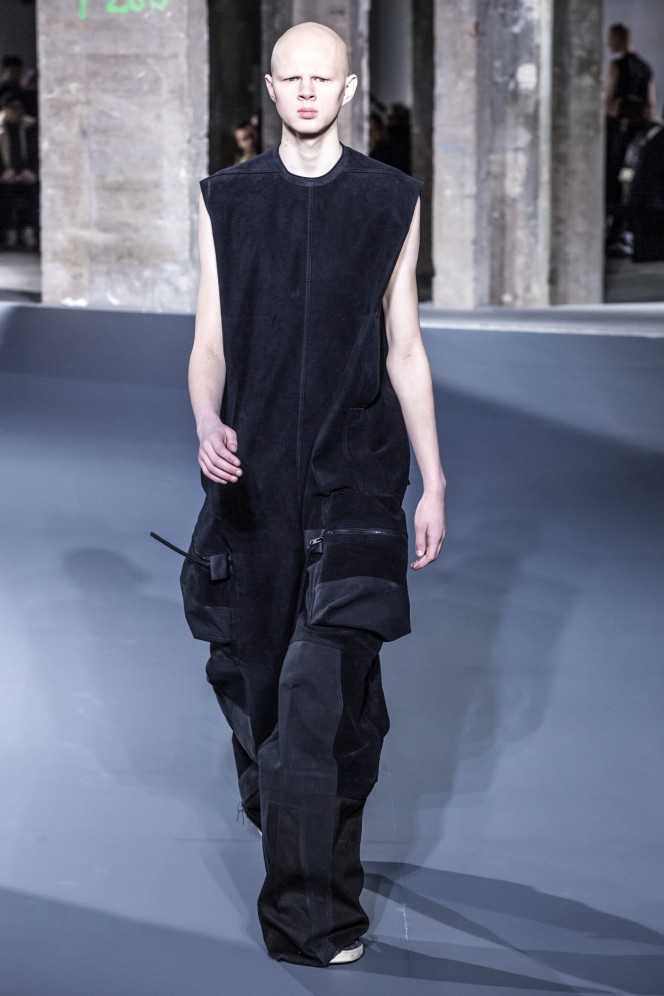 “Change can be ominous but isn’t evolution inevitable?” Rick Owens mused in his show notes. “Do we really expect to live forever? Or might we gracefully go the way of the dinosaur?” Ruminations of the deeper kind got Owens going. But this was rooted in the impending doom of our environment and the shitty state of the world – a seething darkness that only he could infuse in thread.

Balancing concepts of composure and crashing collapse has been a fight Owens has chosen to give air-time to through all of his years on the scene. So the musings fit like a glove. Drips and cascading splashes of bleach – we presume – interject at the top and sides of garments. “My version of primordial ooze,” Owens said. As we’ve come to expect from this designer, it was visceral.

Every shape has been intended to connote the natural world. Worn leathers, mohairs, heavy cottons and woollens were allowed to hang at the neck and waists – getting progressively wider downwards and pooling at the floor – like century-old tree trunks; colours were earth-toned like beige, woody brown and copper orange (and, of course, Owens’ distinguished use of vacuum black). The standout piece? It has to be that Brazilian, eco-friendly fish hide that had prehistoric-like scales you could chip a tooth on. While its concept was entrenched in the ominous reflection on man’s impending self-destruction, the show’s notes ended with an endearing tone: “Come on baby, don’t fear the reaper.”