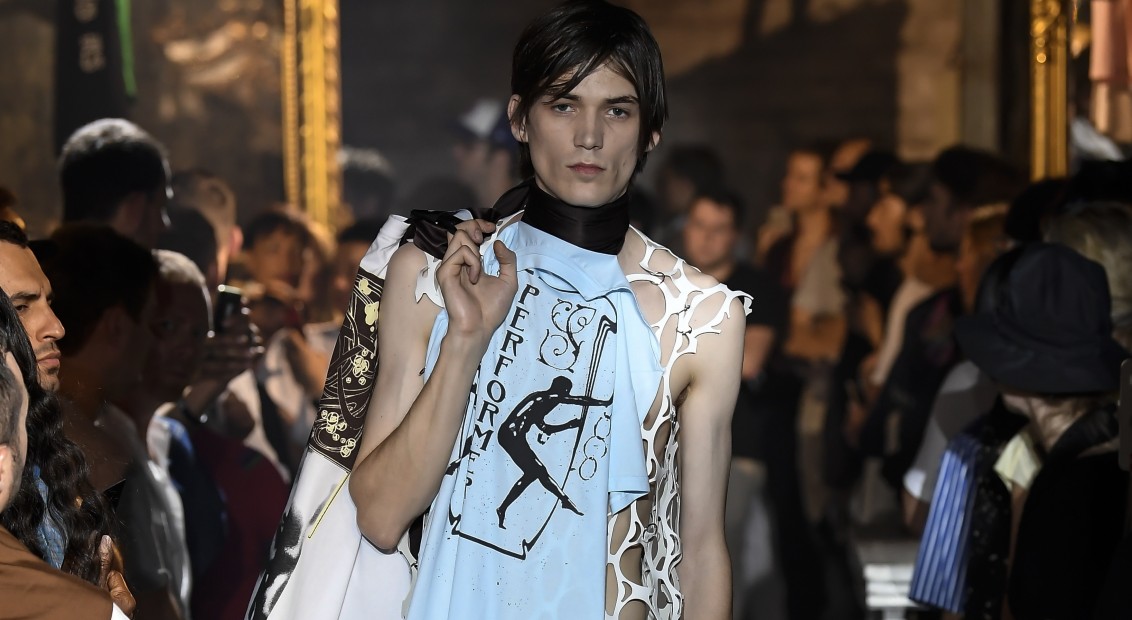 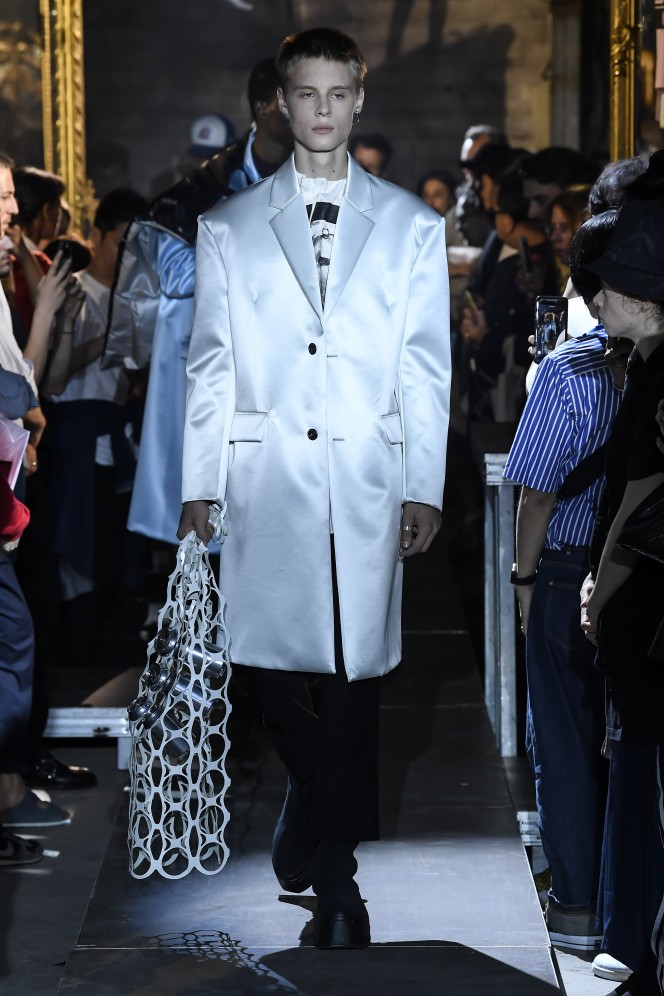 After decamping to New York for the past three seasons, Raf Simons marked his return to Paris in typically unpredictable fashion, taking over an old metal works in the sleepy suburb of Montreuil on the outskirts of the city. A starry line-up of guests including A$AP Rocky and Naomi Campbell rubbed shoulders with editors and stylists, as the Bureau Betak-designed set saw a runway threaded through an entirely standing crowd. The thumping techno, lasers, smoke and Allen Jones-like mannequins hanging from the ceiling were a red herring, however: this collection seemed to be Simons turning over a new, refined leaf.

As the streetwear culture that once revolved around Simons has entered the mainstream, it was inevitable at some point there would be pushback. The opening looks of boxy silk knee-length coats made it clear that moment has arrived. Putting post-punk and new wave in a blender — and all playing out to the strains of Bauhaus’ 1979 goth rock classic Bela Lugosi’s Dead — there wasn’t a hoodie in sight, with gorgeous dip-dyed silk scarves and sparkly knitwear to jazz up the impeccably cut coats.

The devil was in the details here: while the silhouettes were more refined, there were hints of Simons’ usual iconoclastic instincts in the metal rings that hung off silk shirts and laser-cut leather vests that resembled the plastic rings of beer-can holders. The Raf Simons man still likes a party, but now he’s willing to get dressed up for it.