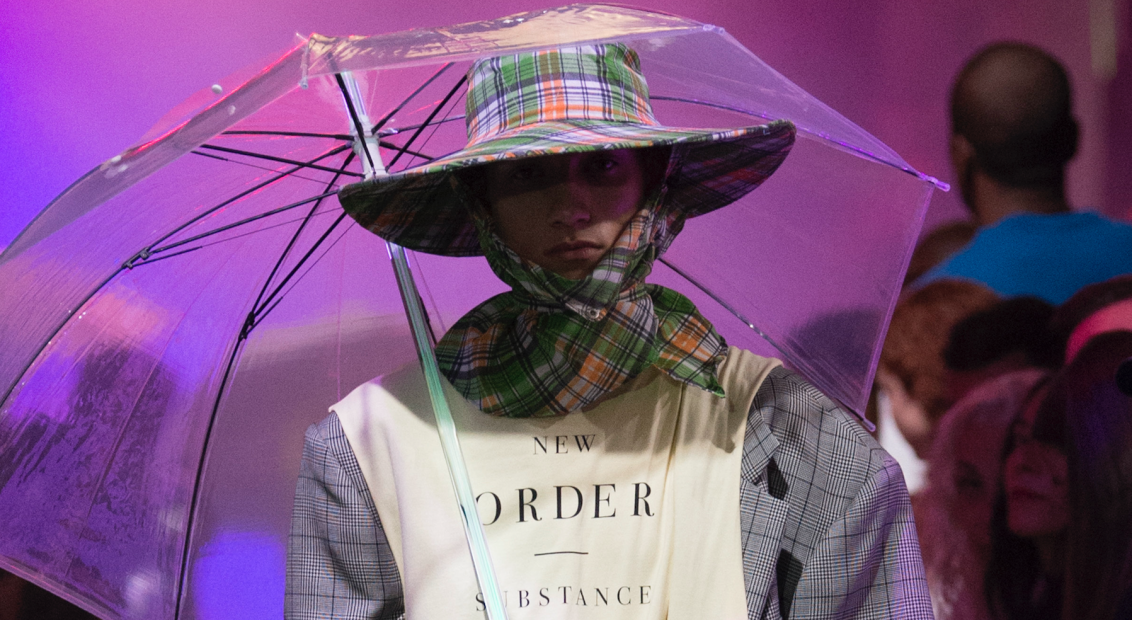 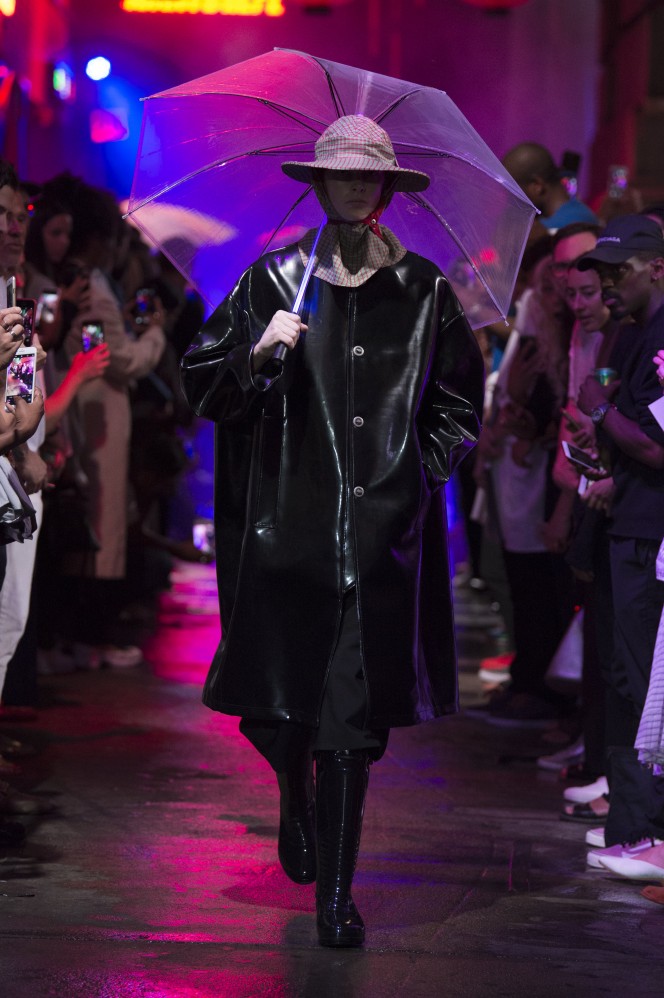 To say a Raf Simons show is an event is an understatement. But last night, for his second outing at New York Fashion Week Men’s, the Belgian master outdid himself.

The setting: 10pm at a Chinatown back alley, complete with wet pavement, smoke machine, Chinese lanterns, and neon signs that read, ‘Replicants’. Yes, that’s a Blade Runner reference, satisfyingly detailed by the fact that guests were served Chinese food: as they ate, they suddenly (consciously or no) found themselves acting out Harrison Ford’s Chinatown scene from the original 1982 film. It’s an on-point nod, preluding the release of Blade Runner 2059 later this year. But it also makes sense for Simons. From his early channeling of youth culture and angst to his days at Jil Sander and even Dior, this designer has often designed with a dystopian, futuristic bent. His knack though is to rewrite cultural tropes in an undeniably ‘Raf’ way.

Recently, he’s been thinking about the anxieties that come with advances of technology – what constitutes humanity, and reality. Considering the speedy advance of VR tech (you can now buy headsets off the shelf), it’s a poignant thought. But these were also thoughts that occupied creative minds in the early 80s, as computers entered homes for the first time. Apple created the ‘1984’ commercial, Ridley Scott unleashed Blade Runner, and bands like New Order tested the bounds of early synthesisers, composing their soundtrack to a futuristic age. (Just listen to Blue Monday for proof of that).

Cue Joy Division and New Order album art by Peter Saville, cast across lanterns and the collection itself. The sci-fi theme came through in the cover for New Order’s Movement (1981), which was based on a poster by the Italian Futurist Fortunato Depero. But one of the cleverest looks riffed less on futurism and more on music history. It was a sweater featuring Joy Division’s Unknown Pleasures cover art, slashed open to reveal New Order’s Power, Corruption & Lies. New Order, of course, emerged from Joy Division, reeling from the tragic loss of frontman Ian Curtis. Symbolising the band’s re-emergence into a new, computerised era, the styling was brilliant and bittersweet. With Raf, the smallest detail has big meaning.

Other highlights were the shiny macs, sleeveless coats, and oversized, dishevelled tailoring, accessorised with wellies, wide-brim hats, and umbrellas that looked to have taken a beating. In the seedy multicolour slight, models could have been straight out of Ridley Scott’s mind. Or New Order’s. Or Fortunato Depero’s. And that’s what we love about Raf Simons – the clothes are great, but if you want to go further there’s treasure ahead. The depth of context and concept, music, art, culture, and how it all ties together. You can go down the reference rabbit hole because there’s nothing superficial about these ideas, Raf lives and breathes them. 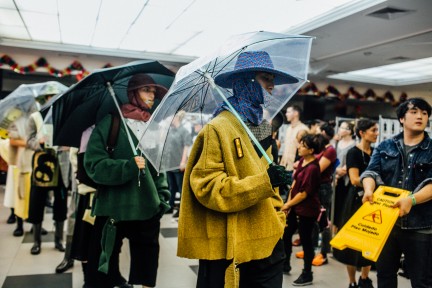