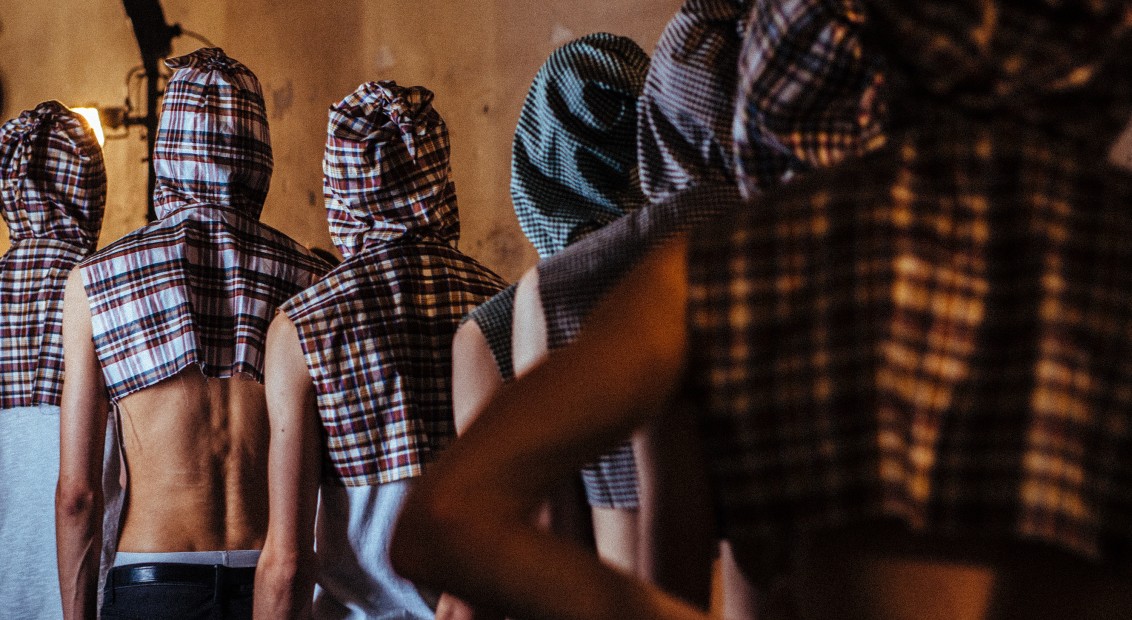 Raf Simons’ projection of his cult-like fantasies always had a foot in the past. Modernised, however, and executed so brilliantly that it continues to render his offerings unparalleled to the competition.

This season was a game between youthfulness and tradition, conventionality and gang signifiers. Boys’ heads were shrouded in a plaid fabric. There was a medieval, monastic edge to it, but also rooted in the cultural, youthful phenomenon of hoodies. Identities are obscured and twisted to Raf’s own whim – unsurprisingly – as that’s his calling card, his obsession.

Darkness filled the air, the faceless models played an eerie part. But Mark Leckey’s Fiorucci Made Me Hardcore lent its soundtrack to create an atmosphere of youthful reflection filled with disorientating memories and an ounce of poignancy. All projected through an intelligent dichotomy between contemporary signifiers and historical kindred.

Raf turned to his parents’ past for SS15, delivering a personal collection filled with nostalgia, using personal photographs as a form of brand-symbolism. Similarly with SS16 he turned to his family: his grandfathers. But he never knew them. This curiosity manifested in loose-fitted, plaid shirts differing in pattern and length, some layered on top of each other; moth-eaten knitwear, some cropped; and Oxford Bag trousers with voluminous hems that pooled onto the runway. The feeling was of clothing as staple, the pieces your grandparents lived in over years, even decades. The cults and codes they ignite for youth, rewound and fast-forwarded over time.

The monastic feel was siphoned through odd motifs – take the white-button crosses and patinated eyelets that were arranged into squares tilted onto their side. Elsewhere an oversized chain was thrown over models’ shoulders like a theological talisman. An expertly executed doctrine only to be found at the Church of Raf. 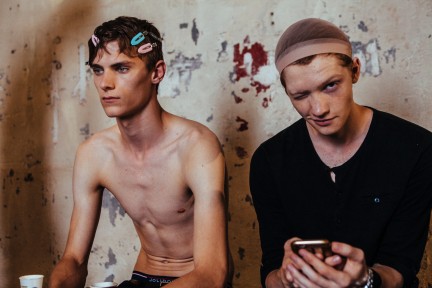