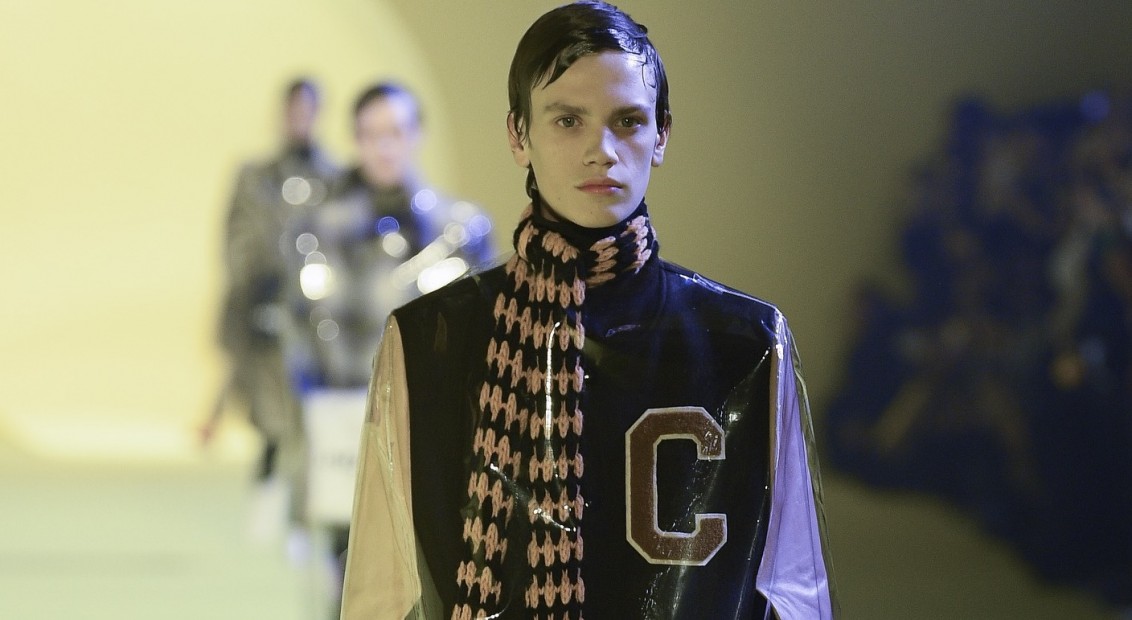 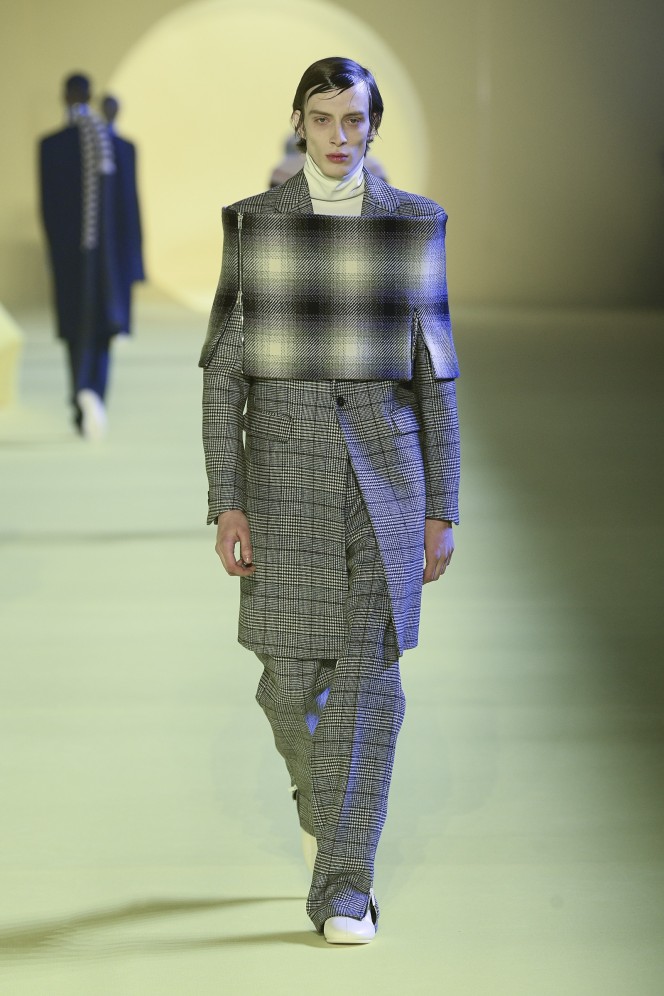 Held in a warehouse on the outskirts of Paris, yellow felt was draped throughout the Raf Simons FW20 showspace, bathed in a faint yellow light which referenced the first of a series of memorable slogans to appear on the runway “SOLAR YOUTH”. This was emblazoned across a fur-edged muff, gripped by a model dressed in all-black, his slim-fit trousers deliberately frayed along the seam – so far, so Raf.

Things got more sci-fi from here on out. Glimmers of high-shine, metallic turtlenecks started to peek out underneath cape coats with cut-out arms; outerwear and accessories came with an iridescent plastic coating, which looked both futuristic and somehow protective. These matched the brand new ‘(RUNNER)’ sneakers, slick and simple in their boot-hybrid design.

As always, Raf referenced his rich back catalogue on more than a handful of occasions: from the return of the varsity jacket (this time worn underneath a plastic shroud and teamed with a slim, checkered scarf) to open-weave, knitted hats, last seen at FW18 and this time extended to cradle underneath the chin, his archive was stamped across the collection. The designer even largely moved away from the slouchier trouser fits of the last few seasons, returning often to his signature skinny silhouette.

It’s hard to tell whether the collection was optimistic or apocalyptic – slogans like “with open eyes, no land, but still nervous each time” came between a series of jumpers without armholes, nodding to a sense of entrapment or restriction. Yet the ‘solar youth’ theme, teamed with more cautiously optimistic tag-lines like ‘they can’t stop all of us’, seemed to indicate that Raf – as always – truly believes that youth, no matter how disaffected, still holds the power to change the world.