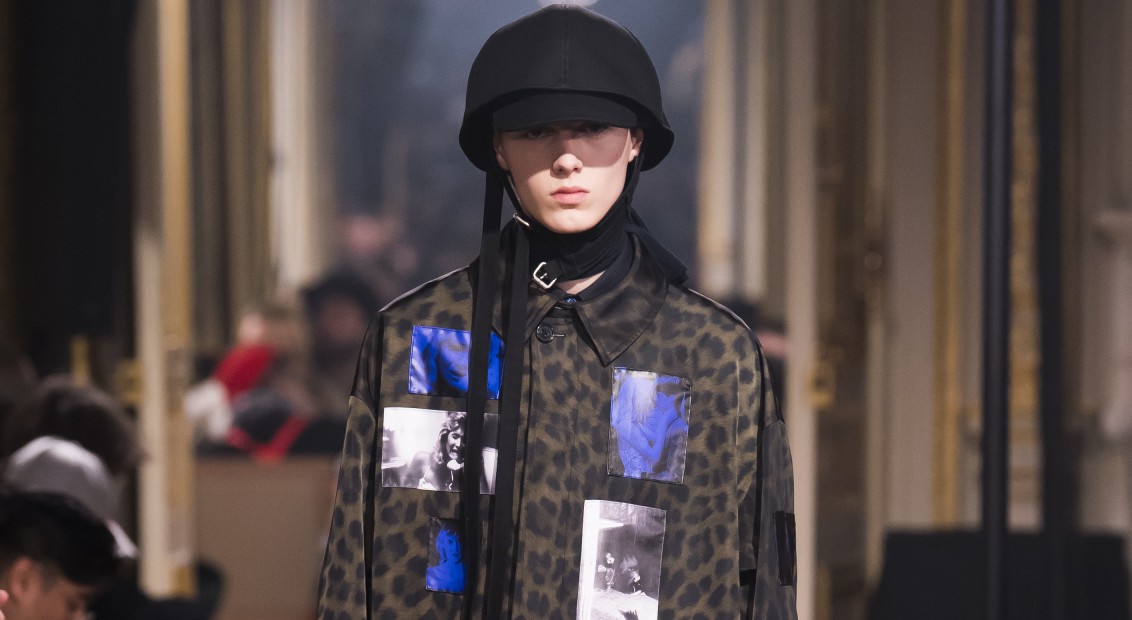 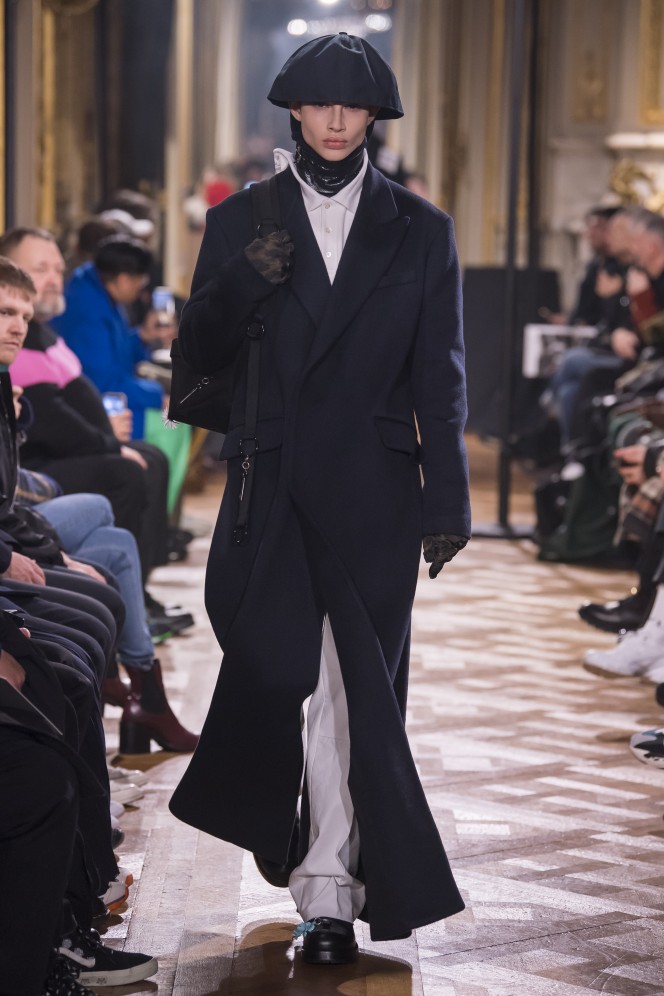 The invite to Raf Simons’ first show after the announcement of his abrupt departure from Calvin Klein, after just over two years as the storied American brand’s chief creative officer, was a tantalising clue that this would be a return to form. A blue-tinted screencap of Laura Dern in David Lynch’s Blue Velvet referenced not only the warped, horror-inflected Americana of his recent Stateside collections, but also Simons’ longstanding obsession with film from Hitchcock to Kubrick.

For the show itself, however, the only residual whisper of his Calvin Klein stint came via Laura Dern herself, who was sitting front row as the kind of cult Hollywood star that only Raf could convince to fly across the pond to come to a fashion show. Instead of the dingy warehouse in a distant Parisian suburb, this season he chose the gilded halls of the Shangri-La Paris: yet as soon as the show began, the star-studded audience and opulent surroundings mattered little. This was pure, unadulterated, old school Raf.

The music segued from Joy Division’s Atmosphere (released as a single following the death of frontman Ian Curtis) to a live performance from Whispering Sons, an upstart Belgian post-punk band from the same region as Raf’s hometown of Neerpelt, while the clothes built on last season’s oversized coats and experimental tailoring with a newly decorative edge. Trinkets and tassels hung off coats, signature screenprints put Lynchian screengrabs – plucked from Blue Velvet and Wild at Heart – through a Warholian filter and the phrase ‘Burning down the house’ cut across one particular knee patch leading to certain interpretations. Backstage Raf said that the collection was finished before Christmas – ie. before he left CK – only adding to Raf’s aptitude for telling the zeitgeist before us mere mortals are aware.