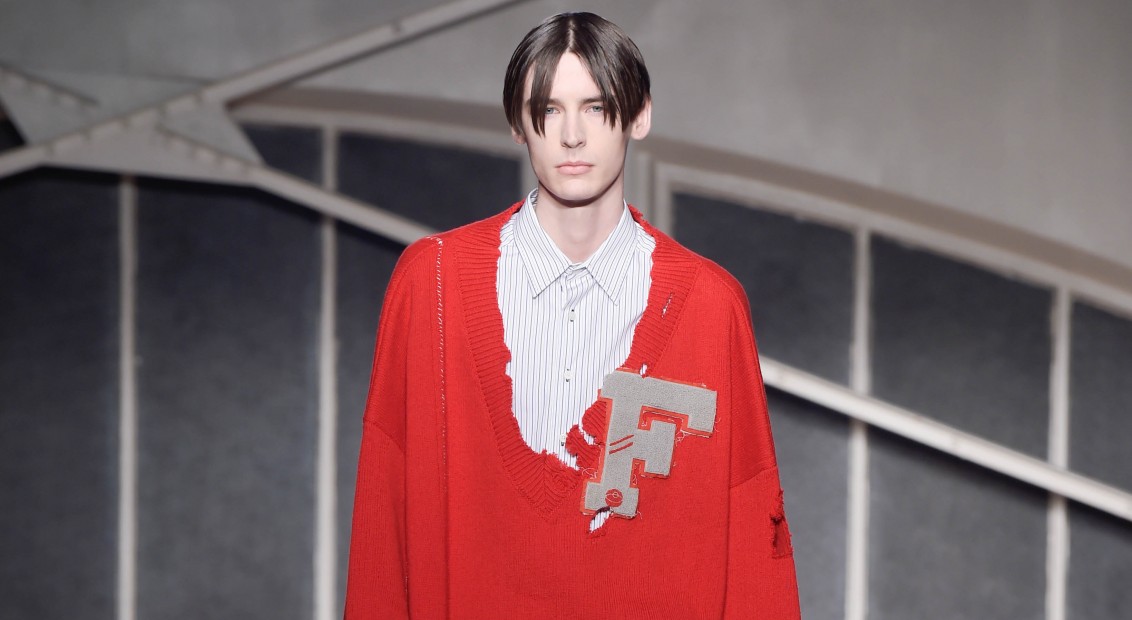 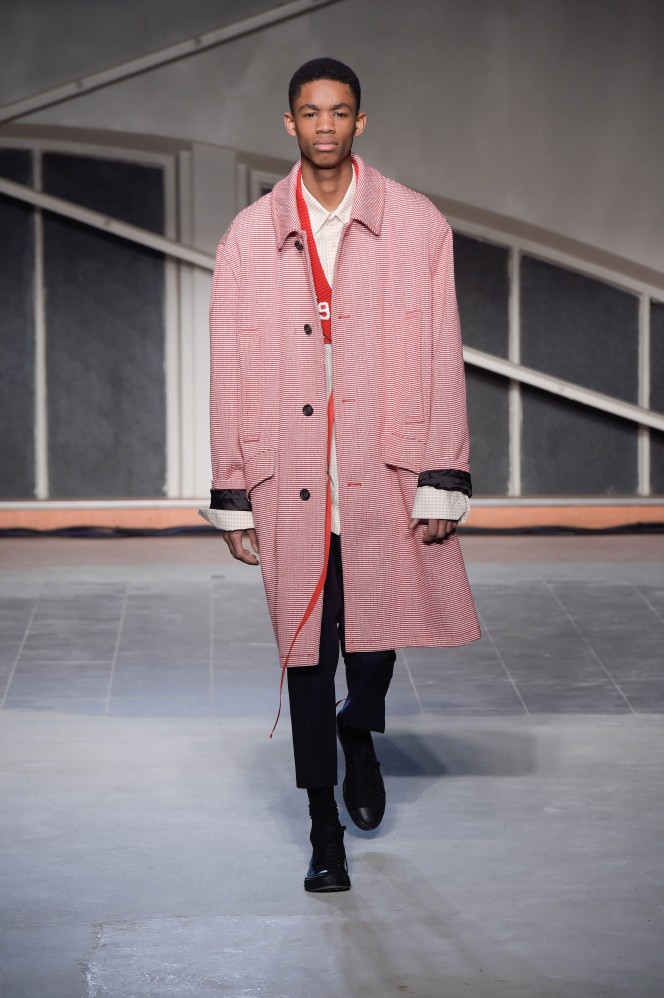 Profuse attachment to lateral outcomes is a trap Raf Simons is firmly comfortable with. Unusual, weird, strictly detached from the norm – that’s what he excels at.

Yesterday’s show was a big moment: his first since his departure from his directorial role at Dior last October. “It is a decision based entirely and equally on my desire to focus on other interests in my life,” the statement read on the day he departed, “including my own brand, and the passions that drive me outside of my work.” Previous to that he chatted to Cathy Horyn about the fast-paced, unsustainable process of creativity forced upon him and others – systems that expelled time to cultivate ideas.

The show notes yesterday were jointly indistinct and clear: an oxymoron that would be the only signpost of references anyone might catch. (That’s good – interpretation is healthy.) The beginning read, ‘NIGHTMARES AND DREAMS’. So what was on the list? Martin Margiela and David Lynch were there; places – both real and fictional – like Detroit and Elm Street; inconic films like Scream, Halloween and The Breakfast Club;  ‘American youth’ and ‘the boy scout’ were present too. Opposites, similarities, connections, contradictions. After several years of ideas under pressure maybe this first post-Dior show was the release, the creative catharsis that Simons had longed for, appearing simultaneously in various forms.

Knitted cardigans were roughed-up, damaged and moth-eaten (is that the ‘nightmare’ part?) and collegiate styles were consistent throughout – a clear nod to The Breakfast Club and definitely horror: college-kid characters always end up getting stabbed. Double-breasted jackets were nonchalantly worn with lapels out of place, shirts untucked and everything overlapping, a mash-up. And that seems to be the common thread. Pent-up thoughts eventually escape. Simons’ explosion was, however, a controlled exhale of lateral sophistication.