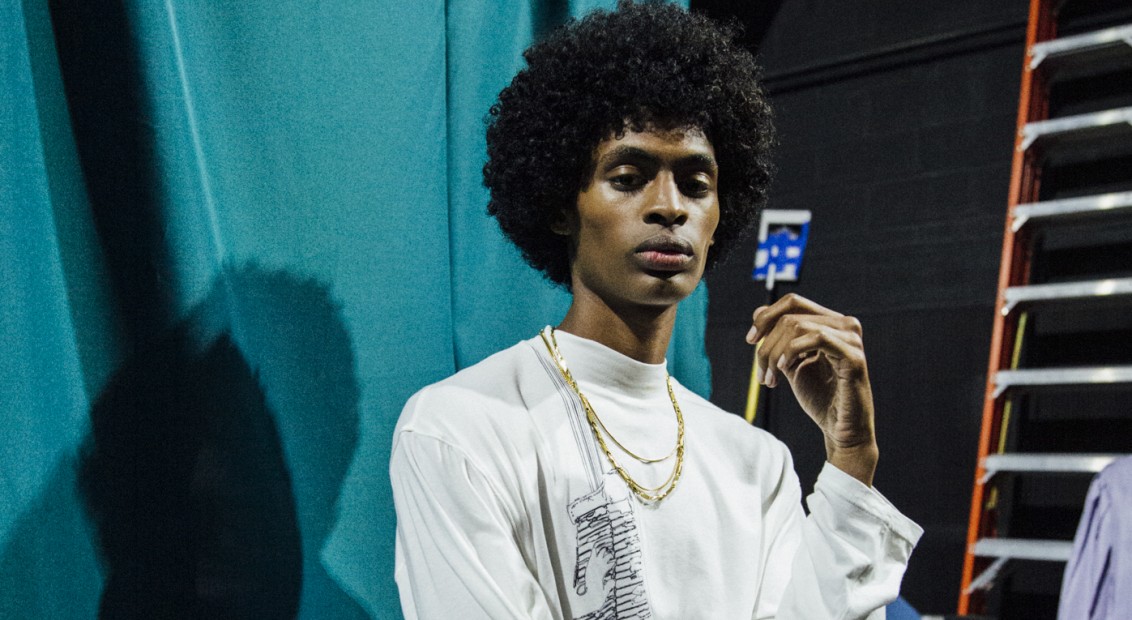 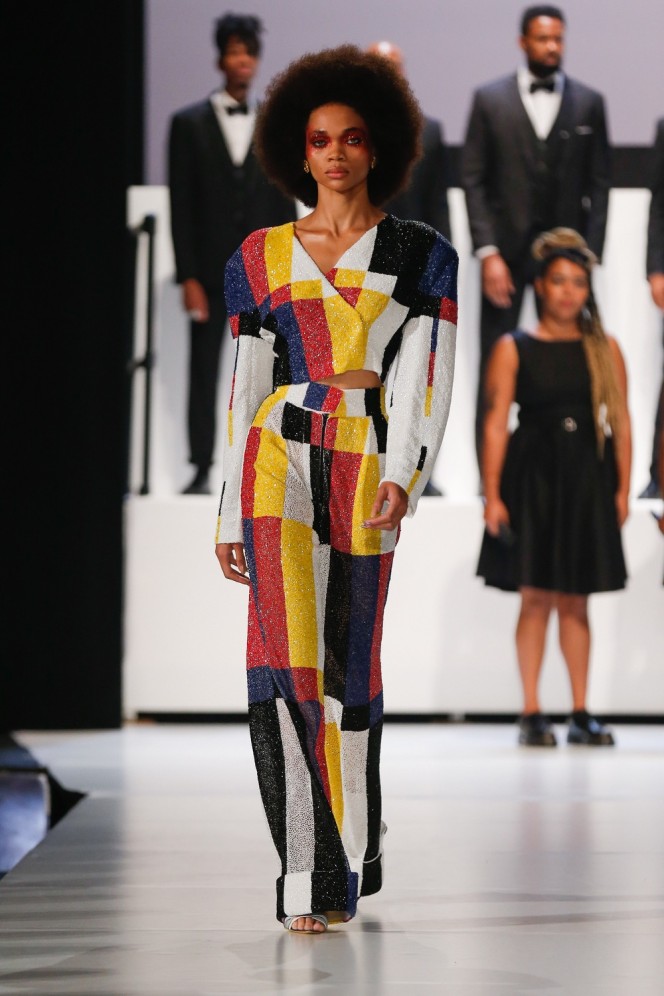 It’s not hard to see why Pyer Moss, the brainchild of designer Kerby-Jean Raymond, was recently awarded Vogue’s prestigious $400,000 Fashion Fund. On Sunday night a seemingly endless line of fashion fans, insiders and editors snaked around King’s Theatre, a listed Brooklyn landmark. 500 of these guests have won a competition for free tickets, a fact which illustrates the palpable excitement around Raymond’s singular, much-needed vision.

Inside the opulent, 3000-capacity venue, a choir lined the stage dressed in simple black robes. They were the focal point of the collection, entitled Sister, which paid homage to Sister Rosetta Tharpe, a queer, black musical trailblazer credited with laying the foundations of rock ’n’ roll. Her influence was written across the clothes, which turned piano keys into cross-body bags and the silhouette of an electric guitar into the hem of a jacket.

The show wasn’t just a celebration of black excellence, it was also a clarion call. Writer Casey Gerald opened with a sermon which referenced the 400th anniversary of US slavery. “I’ve come here to say you can’t hurt us no more,” he said, setting the tone for a jubilant, defiant collection.

Pleated, floor-length silk gowns were reminiscent of church robes; short, colourful tunics were emblazoned with painterly guitar prints; white vests bore the message: “VOTE OR DIE.” ‘USA’ was printed across a black-and-white scarf which, on the reverse, bore the ‘PYER MOSS’ branding. This subtle remixing of US nationalism sent a powerful message that brands like Moss, which are unapologetically political and celebratory of blackness and its beauty, are here to stay. 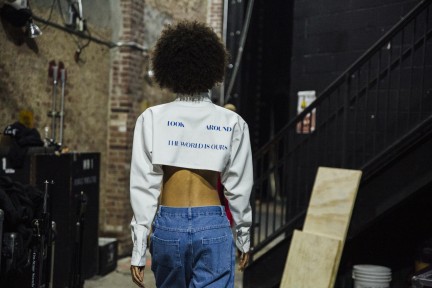