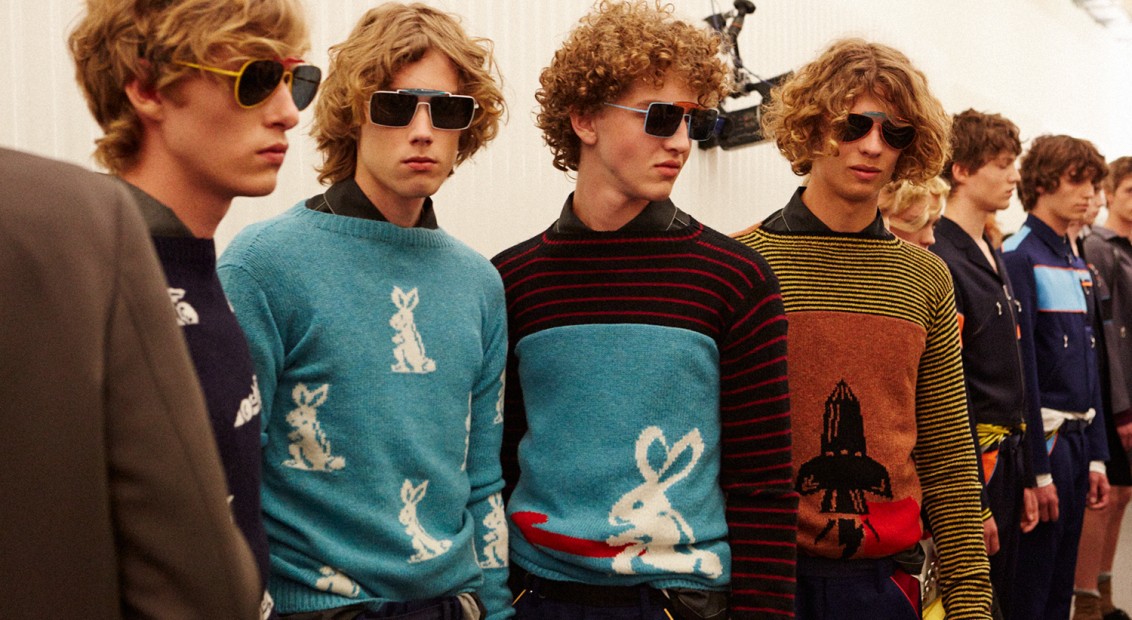 Playful perversion is where Miuccia Prada is most at home, and after last season’s conservative outing it was clear the designer was letting off steam. Casting: boys and girls, a duality that’s become the Prada menswear show regular, the former here bridged somewhere between the stages of child, teen and adult, the latter an ultra-femme and deadly mischief maker, sexually charged and probably taking advantage.

Let’s flip it and first get into the girls, whose sweet-edged 60s outfits were offset by scrunched up socks under kitten heels, perfect cat-eye make up unsettled by flippant hair. Done and undone, there’s absolute sensuality in that, as is a mature sense of total sexual awareness. Sharpened when you remember the near-genderless parallel drawn between girls and boys at Prada just two seasons ago.

Where girls hemlines varied from modest to mini, boys shorts stood steadfastly in the realm of really short. Like, really short. A bit of thigh is far from unfamiliar territory for the Prada male but paired with topstitching and billowy silk shirts tucked in it was exhilarating.

Then there’s the symbols which traipsed their way across much of the collection. Sweaters were cast with racing cars and Energizer Bunnies, red arrows – rip roaring odes to childhood and speed bringing up questions as to the rate at which we learn to ‘adult’ today. Ever faster. And of course the fact that our society expects everything and nothing and is constantly watching as we navigate it all – yes, that would be the Big Brother eye that peered at us from boys’ tops and the girls’ mini dresses.

This was a heart-in-your-throat collection. Punchy and defiant and fast, wry and complex references (John Waters’ devious woman characters, anyone?) simmering just under the surface of comprehensible thought. And there you have it: Mrs Prada’s magic ability to provoke questions, not answer them. It’s what leaves you feeling kind of hot and bothered after a Prada show – well satisfied, but hungry for more. 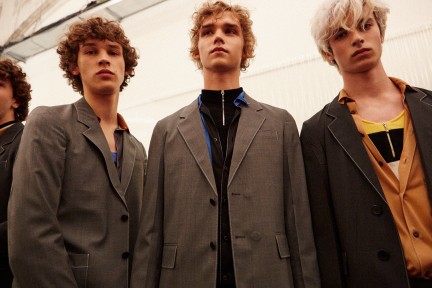