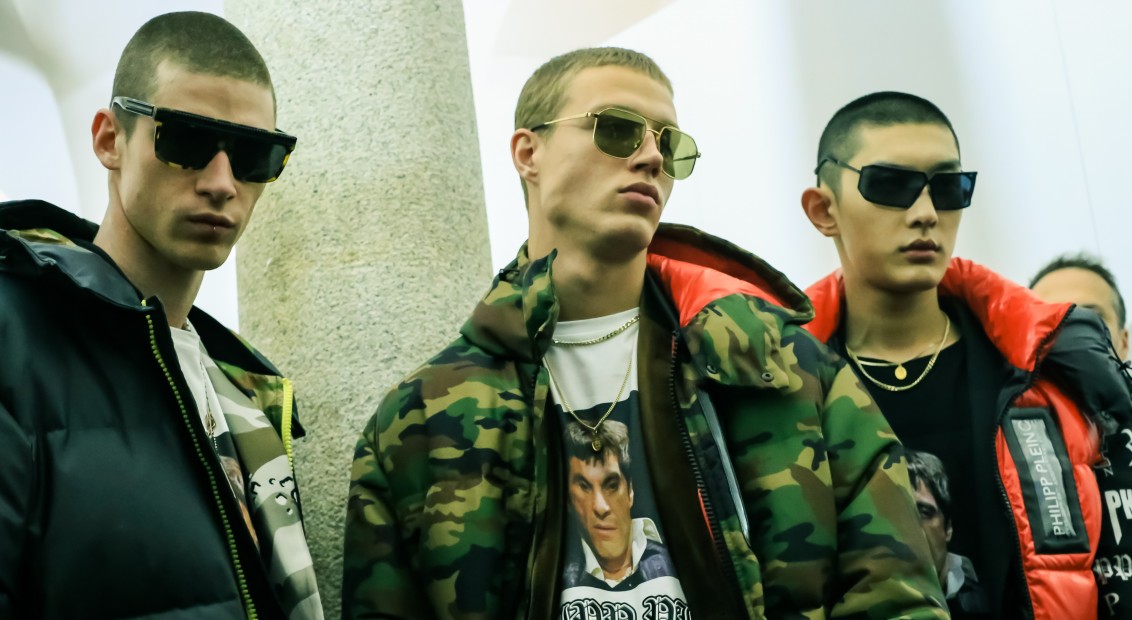 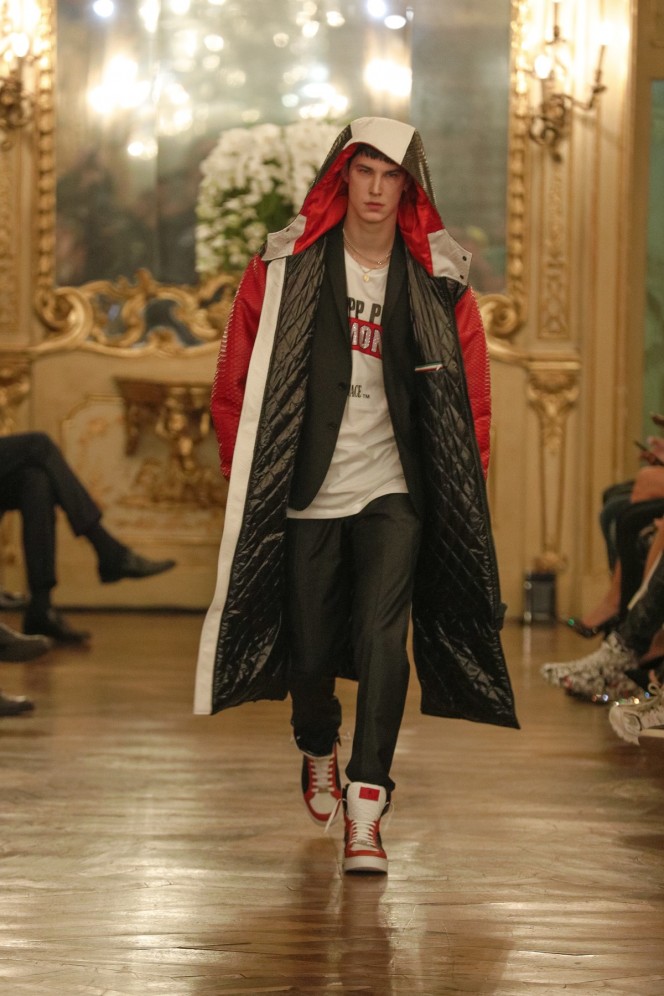 2019 is a big year for Phillipp Plein, marking his brand’s 20th anniversary. However, for a designer known for his big money, outlandish shows – cue robots, fully functioning rollercoasters and Cirque le Soir performances – here he opted for a more dialed-back, sophisticated affair. Inside the Palazzo Clerici – all frescoes and 17th century tapestries – The Killers’ frontman Brandon Flowers serenaded the intimate audience with tracks such as Human and party favourite Mr. Brightside.

Perhaps the idea was that Plein wanted to inject that synonymous lavish style directly into the collection itself, with the 61-piece line full of glitz and glamour from Swarovski-adorned high-top sneakers to clashing tartan prints and oversized outerwear (long puffer jackets, foil-lined to be precise).

Fluoro accents highlighted a streetwear lilt, and when paired with glitter encrusted tuxedo jackets and animal print suits, it becomes Plein’s specialty – his foray into tailoring never strays too far from his contemporary edge. This is particularly evident in the Scarface capsule of “Tony Montana” t-shirts and camouflage outfitting, featuring images of Al Pacino in his iconic role as the Cuban druglord. The flagship piece however was the skull and crossbones image synonymous with this collection, repeated all over their classic tracksuits and bomber jackets.

We can only imagine how tough it was for Plein to not chuck a jet skiing rap star or a monster truck or two in the mix, so we fully expect next season’s show to be all that and more. 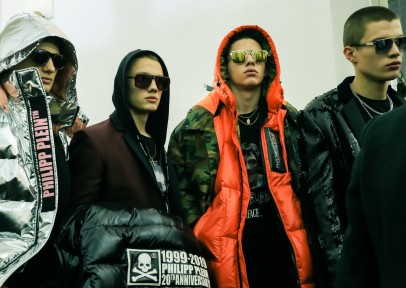