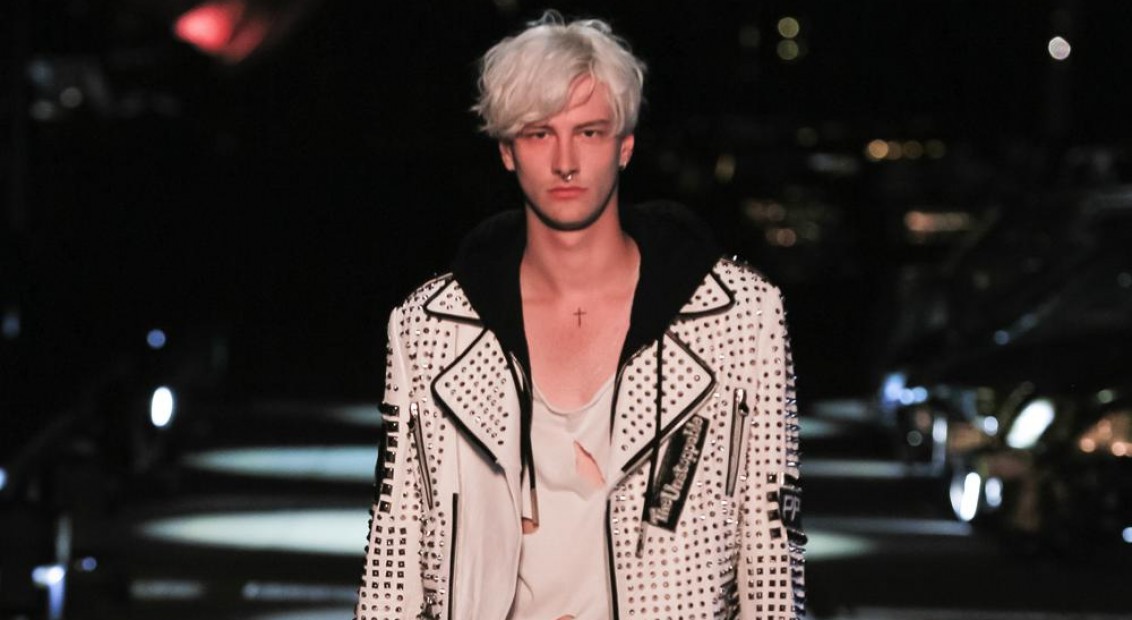 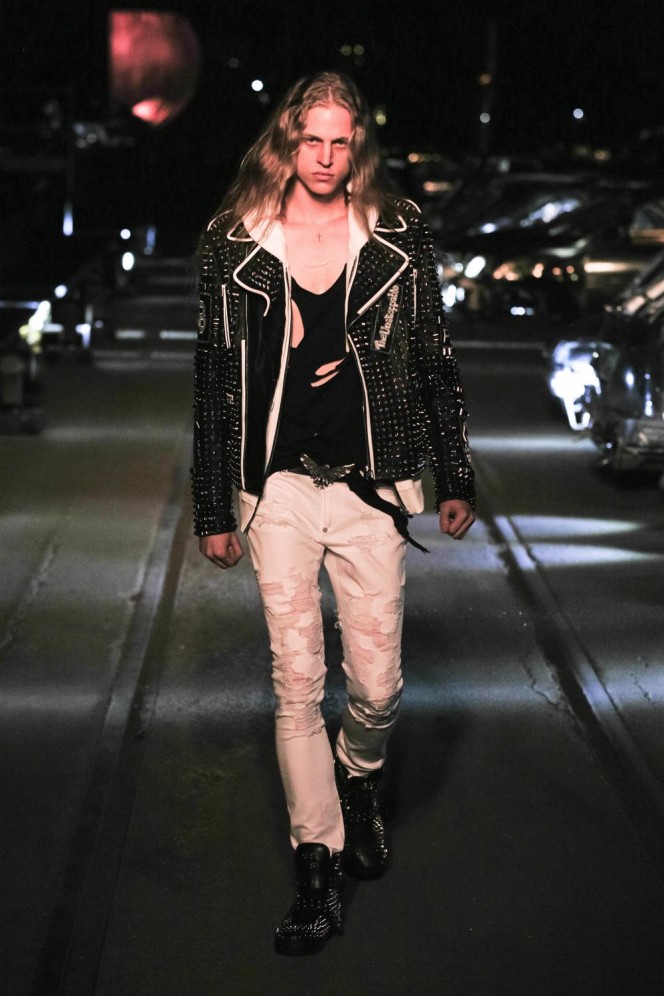 The Porta Romana rail yard was littered with trashed-up cars. Even a couple of Rolls-Royces. Motorcyclists were circling the ring – dominated by pyrotechnics, smoke and strobe lights. Like you were about to enter into the next chapter of Running Man. Undeniably Plein. His vision is impeccably precise. His entrepreneurialism even more so. Collections have a maximalist code that is unparalleled in the industry, and that’s mainly because of how Plein adopts an all-encompassing method of delivering his fashion compendium to the public.

Jackets were spiked and studded. Tears in tees and jeans acted as prime details. While it was predominantly white and black, primary-coloured chroma helped deliver punchy leather-jackets and patchwork detailing, with the odd splash of metallic silver towards the end. While there was a post-apocalyptic tone to his threads, Plein balanced it out with sharp, tailored jackets, loosely fitted and unbuttoned, however. Pair that with graffiti-blazoned and tagged-up trousers – with “Fuck”, “78” and “#PLEIN” acting as repeating motifs – and you have a slick equilibrium between chaos and control.