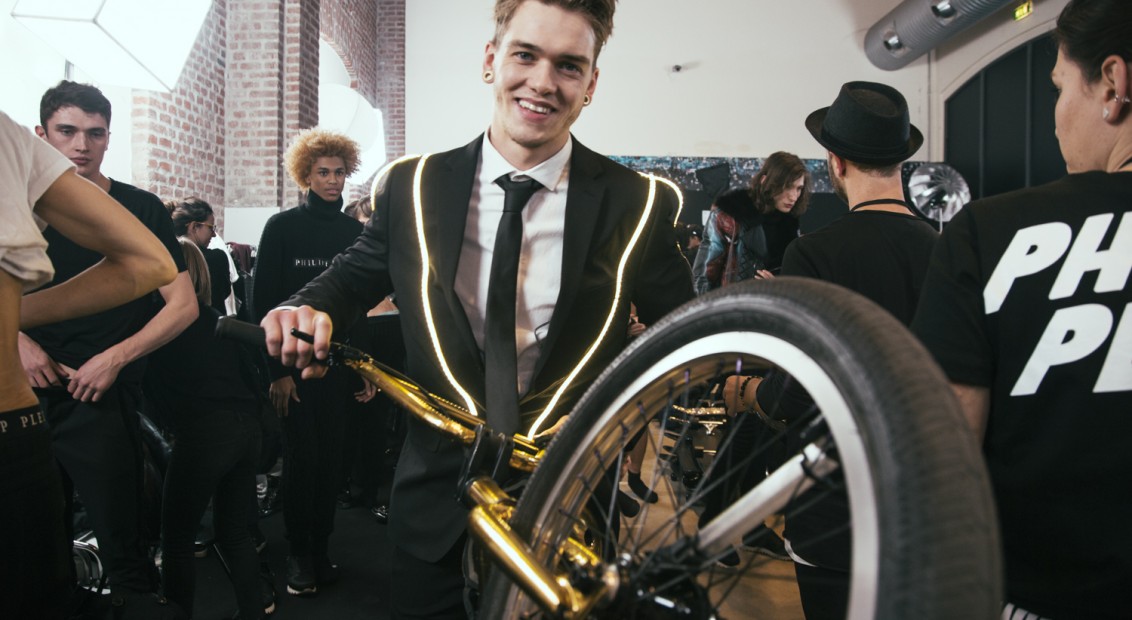 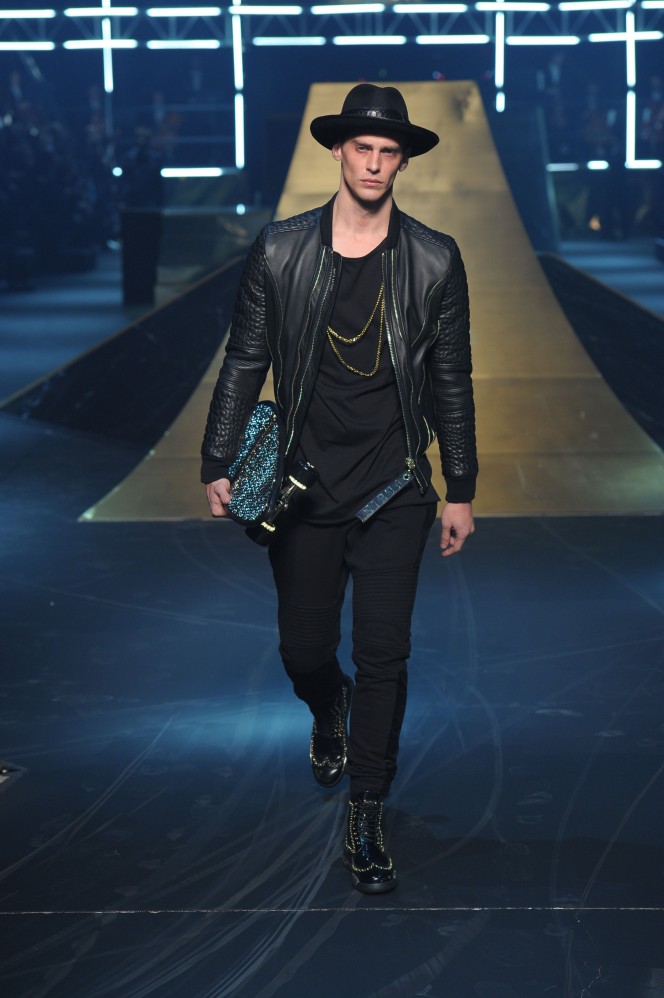 Snatching the spotlight in sky-high style last night was Philipp Plein’s FW16 line-up of #PLEINHEROS. Marvel has dominated film screens for quite some time now and here the designer took to his collection in line with those superhero tropes: Batman and Superman’s insignia, the former printed on tees and both pinned on conspicuously and sporadically in the form of badges and, chiefly, hand spray-painted on black leather biker jackets. (Spider-Man and Captain American made cameos).

Lil’ Wayne was present this season spitting tracks that were accompanied by a 30-piece orchestra perched on a custom-built frame. For SS16 Plein employed the talents of Tyga, the season before that it was Snoop. Instances like that exemplify Plein’s entrepreneurial connection to popular culture, allowing him to syphon that energy into his work and its execution. And extending on that this season were the professional skateboarders and BMXers doing their thing in the background. Now that’s a show.

What was clear was the designer’s conscious effort to blur the lines between formal and casual garms, a feat that’s much harder to pull off than it sounds. But Plein’s pitches of modernisation are made relevant through slight nuances. So tailored trousers became mash-ups of typically traditional suiting fabrications, but with elastic and padded inserts. Sometimes they became full-on joggers: one pair was completely cable-knitted. Other times, tailored jackets and knitted pullovers were constructed similar to that of body armour – like a hero’s protective costume. 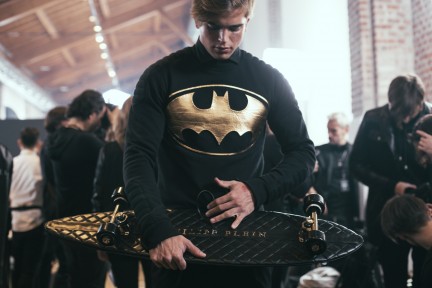