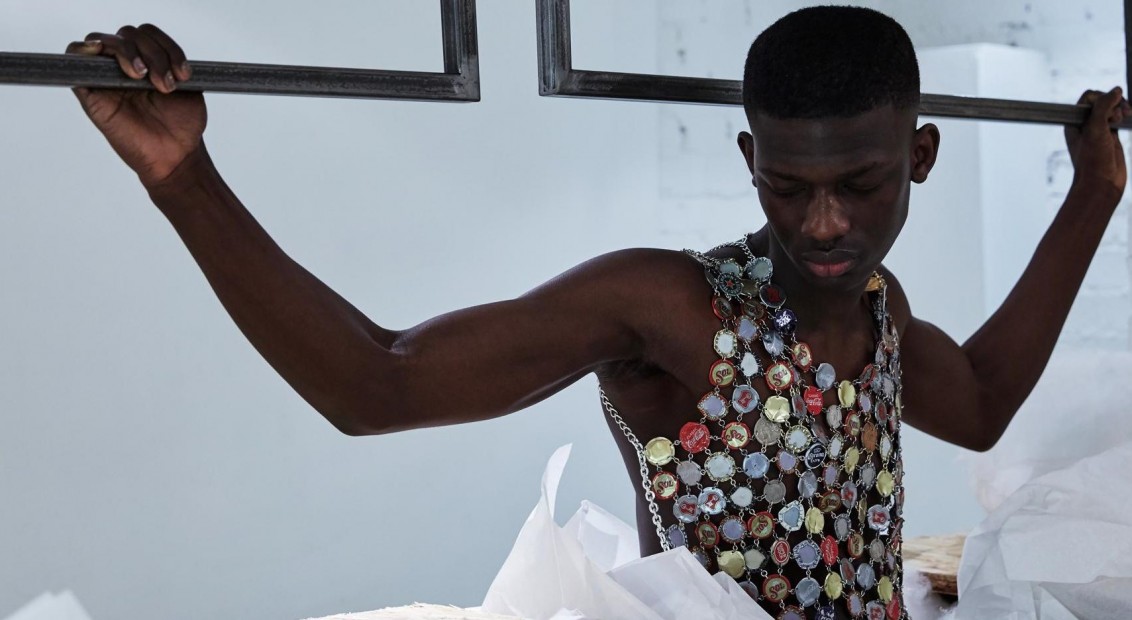 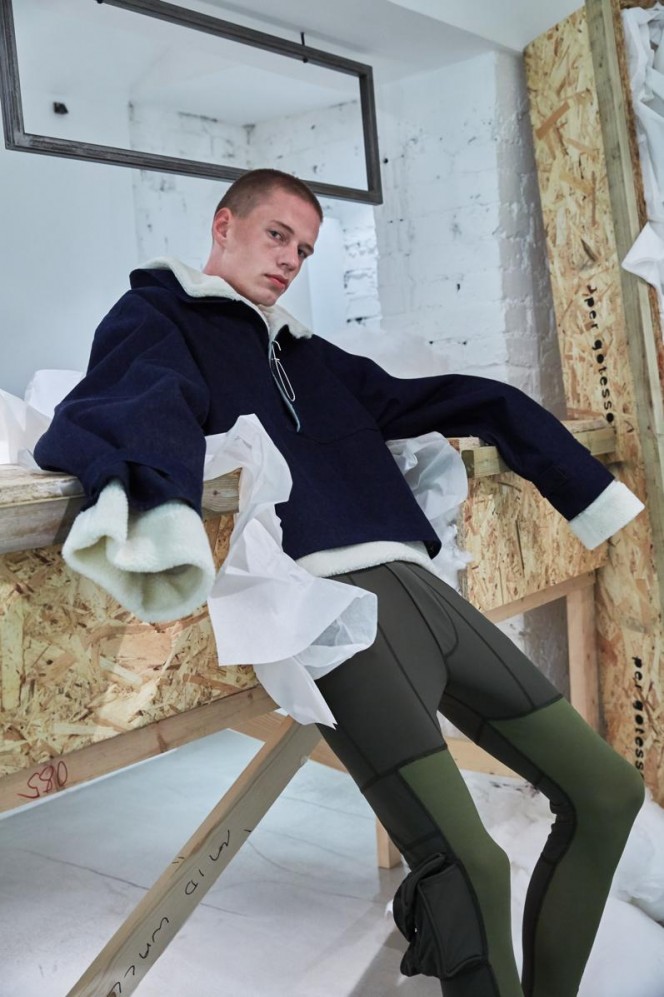 After three seasons with MAN, Per Götteson held his debut solo presentation at London concept store, Machine-A. Thanks to the creative vision of Tony Hornecker, the space was completely transformed – models stood in wooden crate structures by the store’s entrance, dressed in Götteson’s dystopian-style threads.

Intent on exploring “what is concealed and what is revealed”, the designer’s collection was a visual discussion of modern masculinity in all its manifestations. Skintight lycra leggings left models looking vulnerable and exposed, whilst their top halves were simultaneously swathed in oversized fleecy numbers.

The highlight of the presentation was the one model positioned in an MDF coffin. Wearing a graphic-print top, hight-waisted indigo-wash jeans and a beaded tiara – he was the picture of both innocence and rebellion, themes which permeated Götteson’s work.