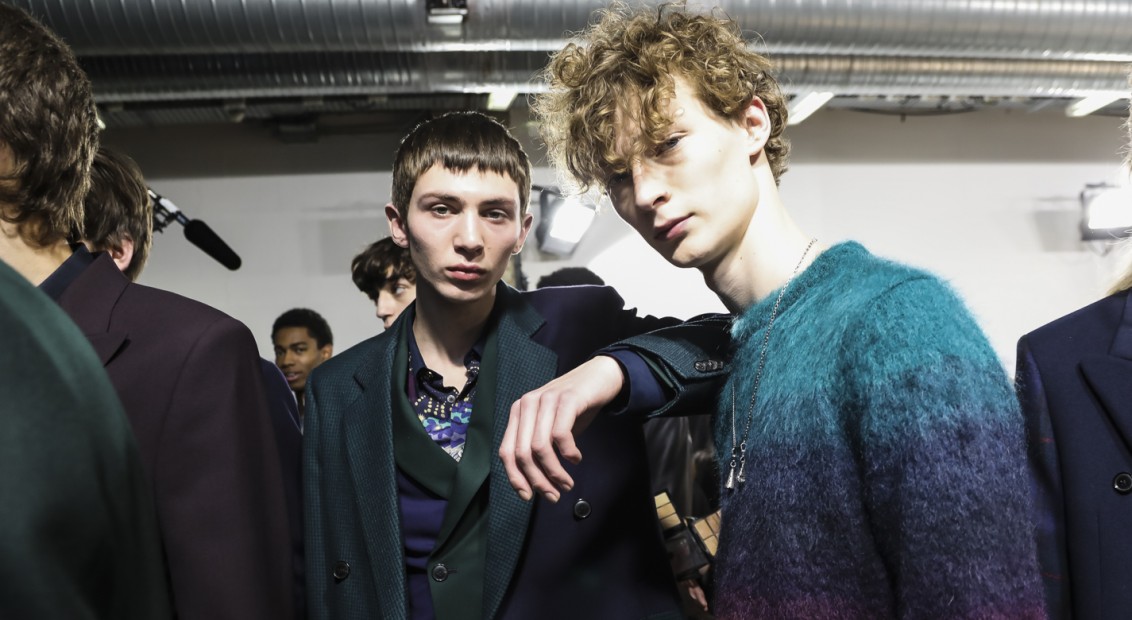 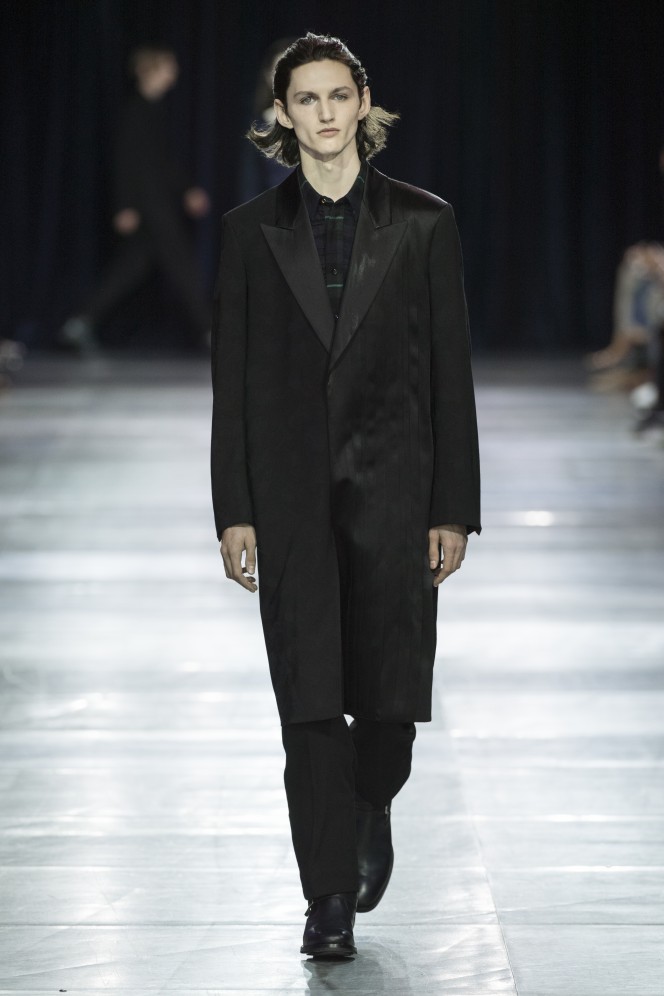 Suicide’s Dream Baby Dream was something of a title track for Paul Smith’s latest collection. It was dubbed over teasers on Instagram and later at the show, it played over the finale. Released at the turn of the 80s, the song tied into the hints of the decade that permeated throughout. Paul Smith wanted to re-propose the relevance of the suit, and this was expressed with an egalitarian spirit for both men and women (still a strangely absent concept at many shows). Twinning at the end in block-coloured suits, he gave their jackets a longer length and a subtle carrot shape to the trousers – two traits of the relaxed tailoring he himself asserted through the decade.

The other thing that made Suicide’s song so apt: the collection was in sorts, an ode to dreaming. One leather jacket was printed with the word along its back in psychedelic lettering. There were prints and intarsia of a twilit desert and of a magical forest, and midnight and murky jewel tones throughout were inspired by oneiric watercolours of Golden Age artist Edmund Dulac. Paul Smith described the mood as positive and happy, and looking ahead to something brighter. Perhaps that’s why the suit is so relevant here: it has always socially coded with a belief in a future. 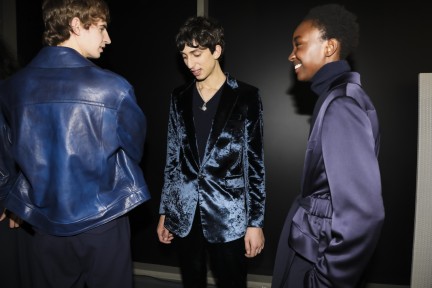