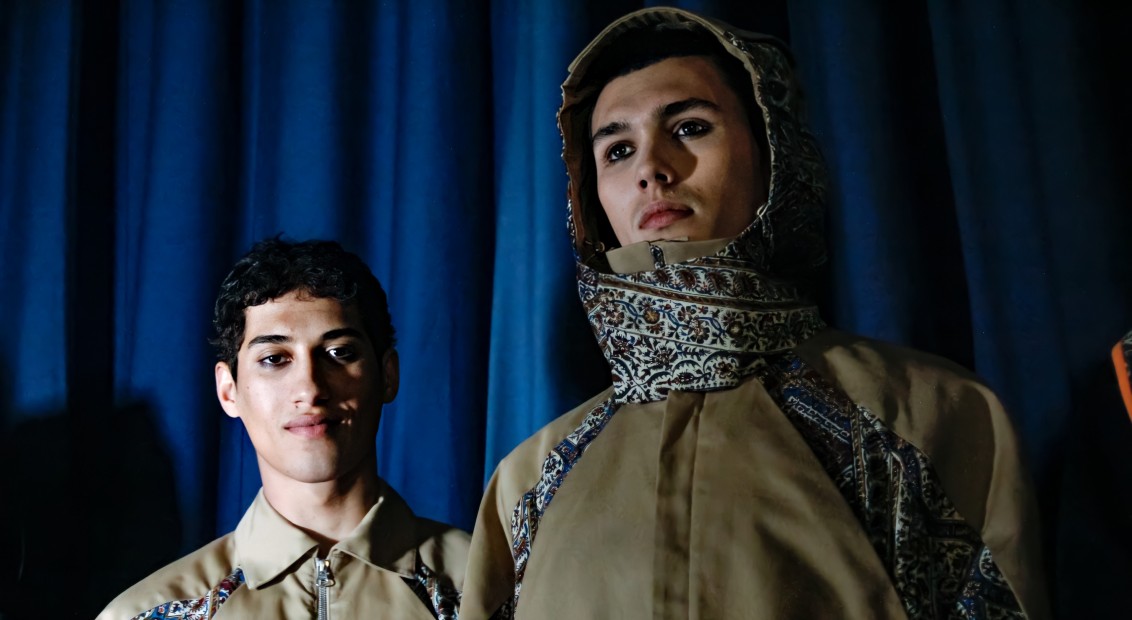 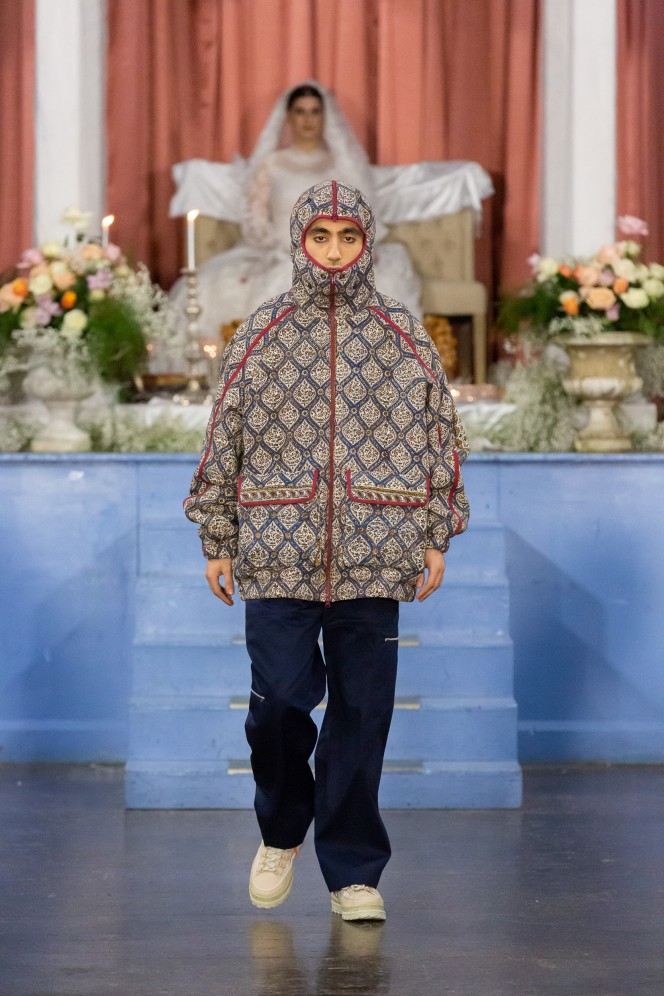 Fashion shows are at their best when they’re unpredictable. Acclaimed designer Paria Farzaneh understands this better than most; for FW19 she staged a dystopian meditation on the effects of social media; last season, retro televisions were littered across the runway to create an eerie sense of surveillance.

In many ways, the backdrop for FW20 is lighter, more ceremonial. Guests filed into an East London Boys’ School for what turned out to be a makeshift Iranian wedding, which begins with the ceremonial sofreh aghd, where female family members perform a ritual with a veil to wish the new partners a sweet life. Petals are thrown and speeches recited (both in Farsi and English).

But when the groom stood, he isn’t wearing a suit; he’s wearing a ski jacket whose hood almost entirely hides his face, printed with one of Farzaneh’s signature Iranian patterns. Ambient electronica crept into the room as the models begin to file out.

These are men dressed for combat. Khaki, camel and burgundy dominate a utilitarian collection heavy on cargo trousers, windbreakers and hard-wearing, insulated jackets. Only the occasional neon zip breaks up the otherwise neutral colour palette of khaki, camel and burgundy, whereas camo prints are sprinkled throughout – but look closer and you’ll see intricate, swirling patterns. Some models wear heavy-duty work boots; others wear a sample of Farzaneh’s highly-anticipated Converse collaboration.

Show notes state the importance of preparation for the unknown. “We need to be warmer, windproof, waterproof, heat sensitive, environmentally sensitive,” Farzaneh said (many of her textiles are recycled), outlining a commitment to sustainability. If fashion acts as cultural commentary, it’s clear that designers understand we’re inching ever closer towards climate chaos, and a new declaration of war. The tension between the joy of the opening ceremony and the hardiness of the collection palpable – but it’s precisely this fusion of cultural beauty and design practicality that has always set Farzaneh apart. 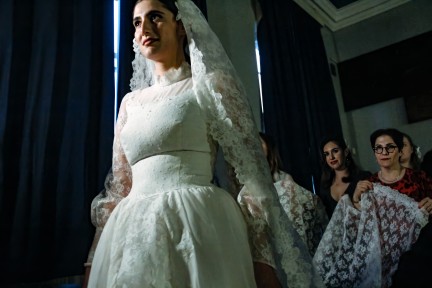