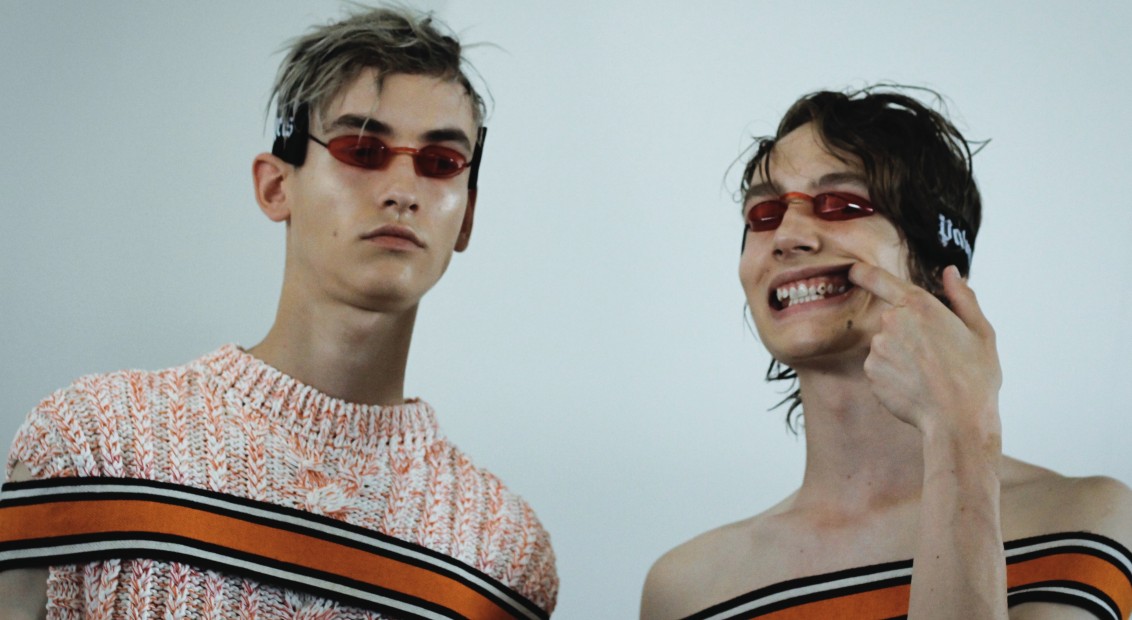 “Celebrating American culture with a different perspective,” underpins Francesco Ragazzi’s Palm Angels philosophy. What once started off as a Rizzoli coffee book rife with hazy images of skateboarders doing their thing on Venice Beach, has since turned into a cult skatewear-meets-streetwear brand that’s making waves across the menswear industry. And this season, the label is doing so in a much more literal sense than ever before.

For SS19, the label’s co-ed gang have traded in their city dwellings in favour of California’s great outdoors. Surpassing the tiny sunglasses trend, Ragazzi’s clan donned goggles that made them look as if they were heading to an underwater techno club. This collection was all about being prepped for extensive partying in the wild; for the first time ever, the brand teamed up with Under Armour to present a selection of high-tech, neon-dipped gear.

Making use of Under Armour’s Recovery technology – hence naming the collection Recovery – as well as other synthetic fabrics such as neoprene and nylon, models stepped out in translucent landscape-printed shirts and longline sleeveless vests emblazoned with the iconic American Bald Eagle. Reflective joggers and voluminous hoodies were styled with waterproof phone cases which swung from the models’ necks in place of party whistles, while Ragazzi’s womenswear offering included sleek macs cinched in at the waist.

Another aspect not to be missed was the custom footwear. 90s-inspired styles with Velcro straps were spotted alongside bootleg Off-White x Nike Air Force 1s with a Palm Angels finish. For all the ravers and rock climbers out there, this collection is the one for you. 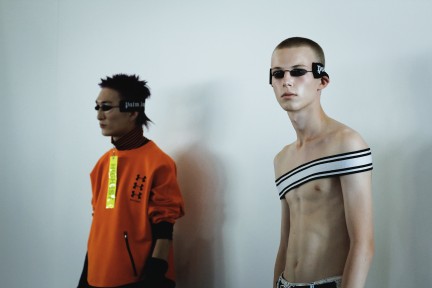