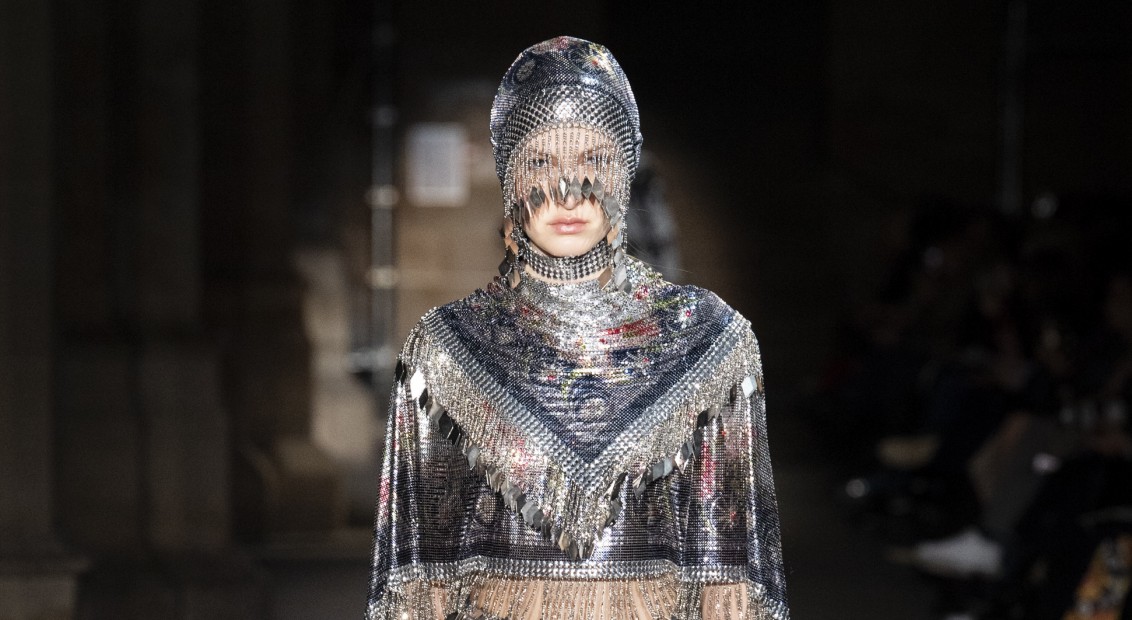 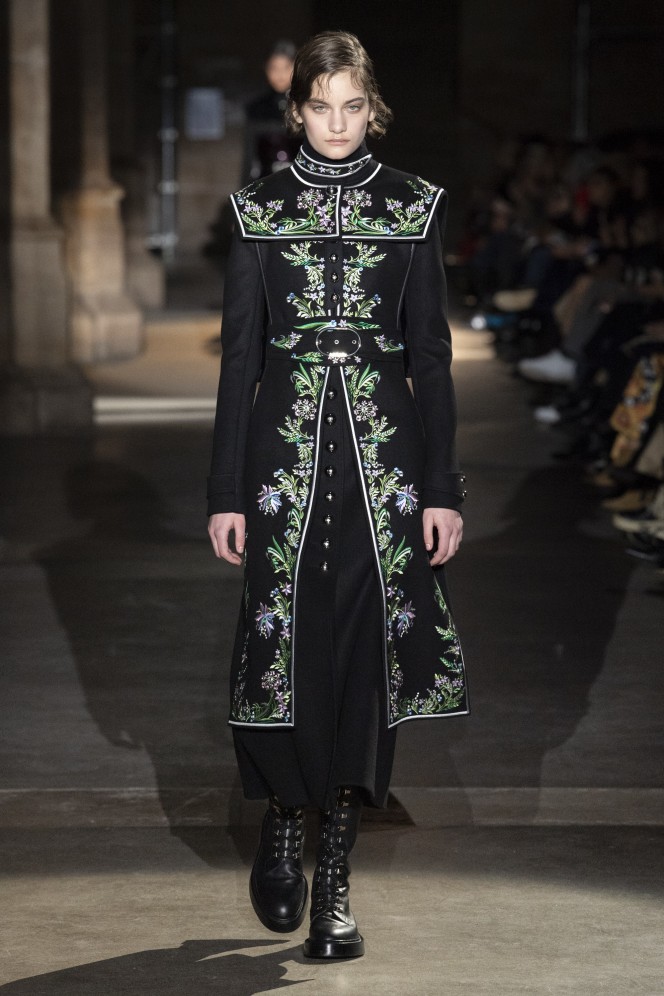 For FW20, Paco Rabanne’s creative director Julien Dossena led guests into the hallowed halls of Paris’ Conciergerie, where Marie Antoinette famously spent her final days. Fittingly, the collection was an exploration of femininity through the lens of medieval silhouettes and elaborate craftsmanship, which dragged clerical robes and Elizabethan ruffs firmly into 2020.

It’s notable that Paco Rabanne was a pioneer of space-age fashion. Dossena pays respect to this vision, even with all the historical references. The brand’s signature metal mesh came draped across models’ faces in high-fashion interpretations of chain-mail armour, whereas intricate, laser-cut metallics mimicked the delicacy of broderie anglaise. Even floral-printed black velvet was teamed with studded bags and kinky latex gloves, nailing the duality of dark and light that Dossena explained he was aiming for.

Iridescent fabrics and statement, high-shine accessories added yet more future-facing twists to the collection, which was tightly-edited into just over 40 looks. For Dossena, the emphasis was on “elaborate workmanship” – and as a result, a handful of standout dresses wouldn’t have looked out of place on a couture runway. It was both a tribute to vilified women of the past and a proposition for women of the future, rooted in strength, beauty and complexity.