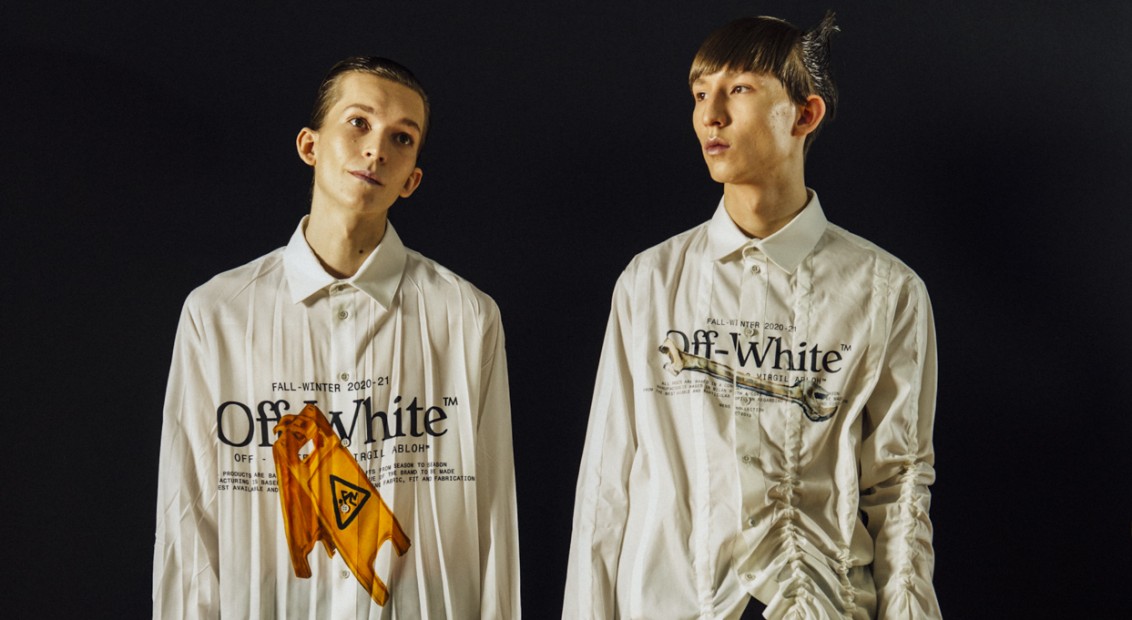 As far as fashion designers are concerned, Virgil Abloh is undoubtedly one of the busiest in the game. From collaborating with the likes of Nike and IKEA to occupying the position of creative director at Louis Vuitton, you’d be forgiven for thinking that he’d soon be susceptible to artistic burnout. Never one to disappoint, however, Abloh proved that his own label shows no signs of slowing down with his FW20 offering.

A GTA-style animation of a semi-disintegrated model wearing a shirt from the collection appeared on the brand’s Instagram a day before the reveal. The caption let followers know that the show would be titled Tornado Warning — perhaps a tongue-in-cheek nod to Abloh’s ability to blow away his audience.

An essential element of Off-White’s DNA, structured and streetwear-flavoured pieces were combined to form complete looks: a double-breasted jacket was teamed with textured cargo pants, while a padded coat appeared robust above a pair of fluid darted slacks. Elsewhere, cut-out jumpers and sweeping ponchos offered up a next-level take on traditional knitwear, while slick suiting came with semi-circles cut out of the lapels and sleeves. The standout pieces were the drawstring hoodies, pleated trousers and open shirts printed with miscellaneous painted objects: think wrenches, wine bottles and Cezanne-style lemons.

As for accessories, oversized handheld bags and clutches came covered in shearling, while a tie printed with the Mona Lisa was worn with a velvet shirt for an air of offbeat opulence. Square-framed glasses and chains were also ubiquitous for looks that felt very Uncut Gems. Overall, this was Virgil flexing his creative prowess once more – you were warned, after all. 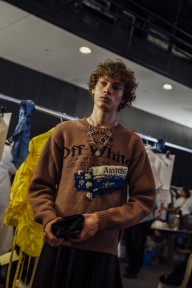