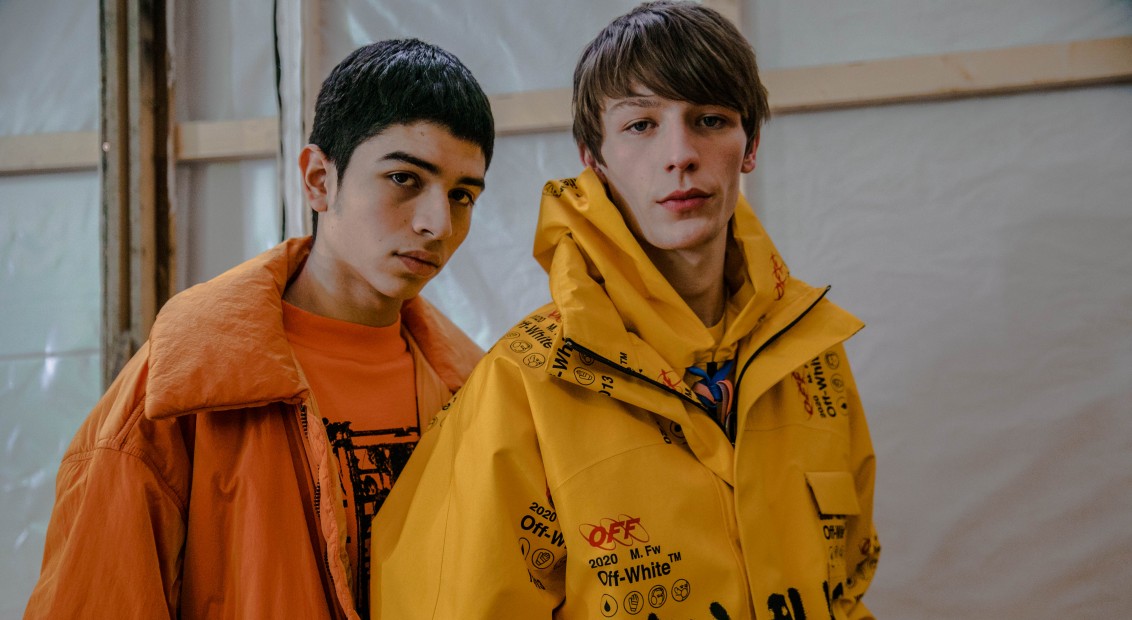 Revolution will be televised 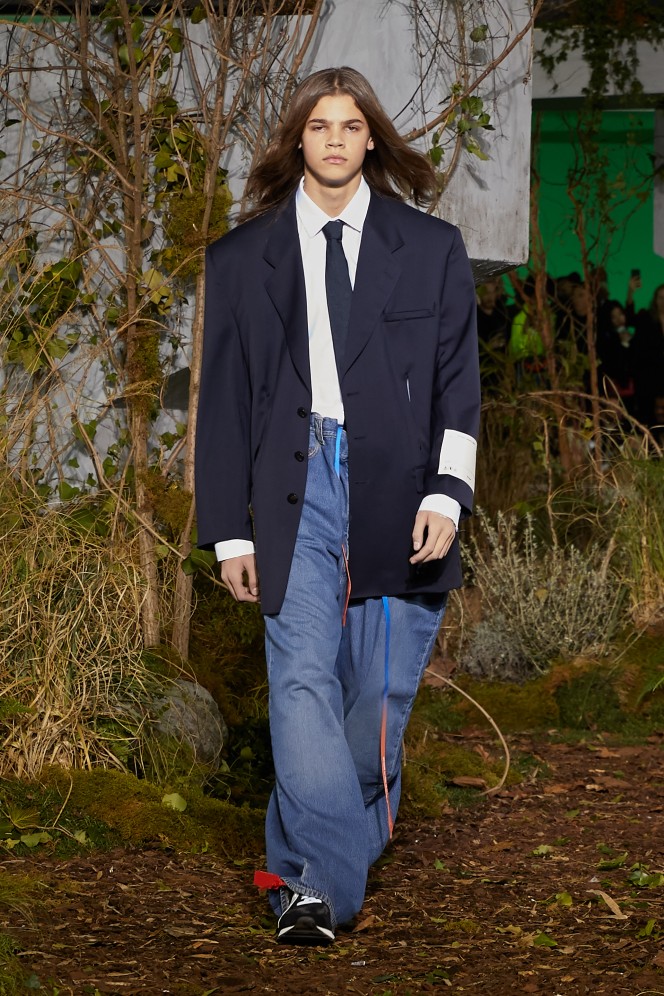 Television, and the inescapable proliferation of screens, are the innocuous danger that we choose to ignore. As Virgil Abloh explained following a FW19 show entitled ‘Public Television’, one practically lit by the spectral glow of superimposed screens, “You know, TV seems honest, but it obviously isn’t.” For a man who rewrote the guide to fashion entrepreneurialism by practically birthing his own empire from an iPhone, this might feel difficult to swallow at first, but the point here was to promote critical scrutiny; to question the value, truth and subliminal influence of images that surround our lives.

From his most beloved childhood shows (Mister Rogers’ Neighborhood) to sports broadcasting and Trump, the blend of genres fizzing on the surrounding screens reflected the clutch of references making their way down the runway. Boxy tailoring was a mainstay throughout; voluminous, double and single-breasted jackets were paired with generously fitted nineties jeans or quilted skiwear that also arrived as a one piece. Where top and bottom did match however (accompanied by a skinny black tie), the feel was distinctly Basquiat, an assumption that felt confirmed by the appearance of NFL-type helmets. Despite the generational gap, it’s not difficult to appreciate the similarities between the two, and with Abloh’s first museum exhibition arriving at Chicago’s MCA this June and a posse of rappers including Migos, Offset and Playboy Carti in the line-up, the Off-White enigma shows no sign of slowing. 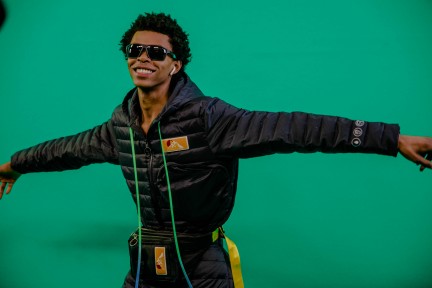