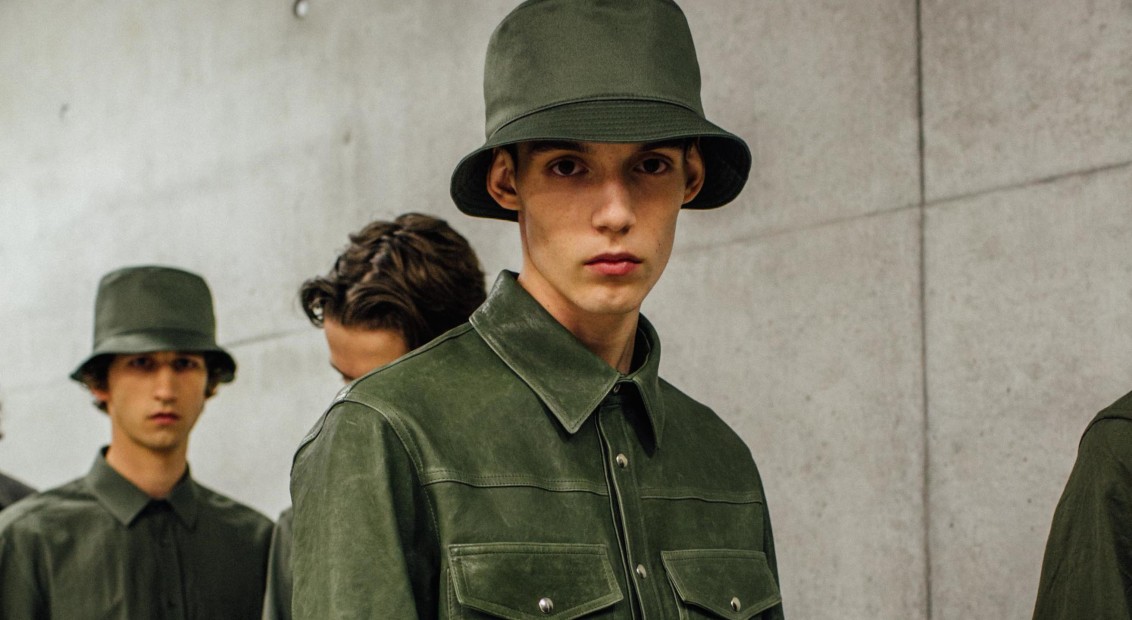 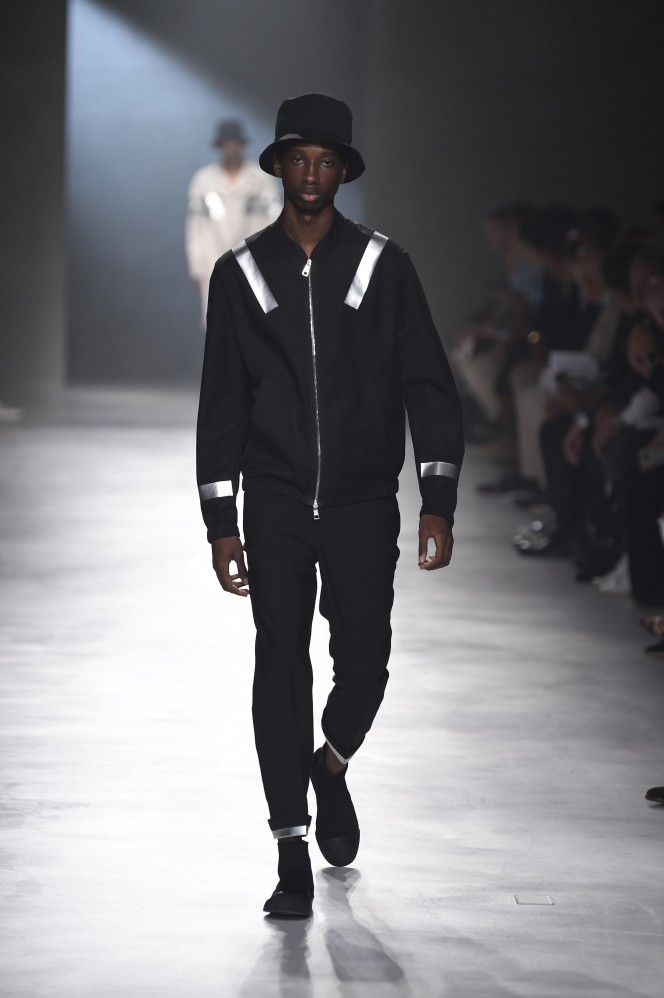 Yesterday in Milan, the man that forged Prada menswear in the 90s took us back to the decade with his SS18 collection.

Barrett’s aesthetic is founded in a minimalist cross-section of sportswear and tailoring – a purist take on wardrobe essentials – and this the scene for his menswear and womenswear joint presentation, held (for the first time) at the designer’s brand new building. Complete with its own catwalk space, and situated on via Ceresio next to the DSquared2 headquarters, the location’s bare spaciousness reflected the airy garments made of cotton, linen and nylon. Utilitarian references were prevalent throughout the collection but made of lighter fabrics to give a soft, pared back version of themselves.

Meanwhile, full looks in one colour echoed a uniform presence, minus any formality. The womenswear had an even more relaxed silhouette with elongated cuffs and ruched trouser legs. Outerwear was enhanced with reflective or glossy tape in a contrasting colour to the garment, making a militant statement that contrasted with the collection’s casual attitude. Barrett’s attention to precision, linearity and minimalism was represented exquisitely by these pieces of simplicity – a keen throwback to the era in which Barrett became one of his generation’s most key designers. 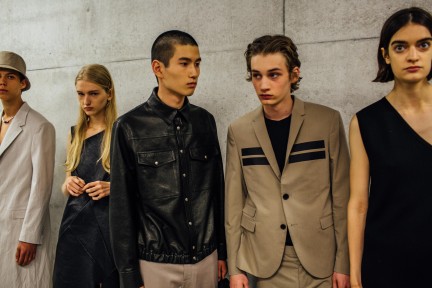