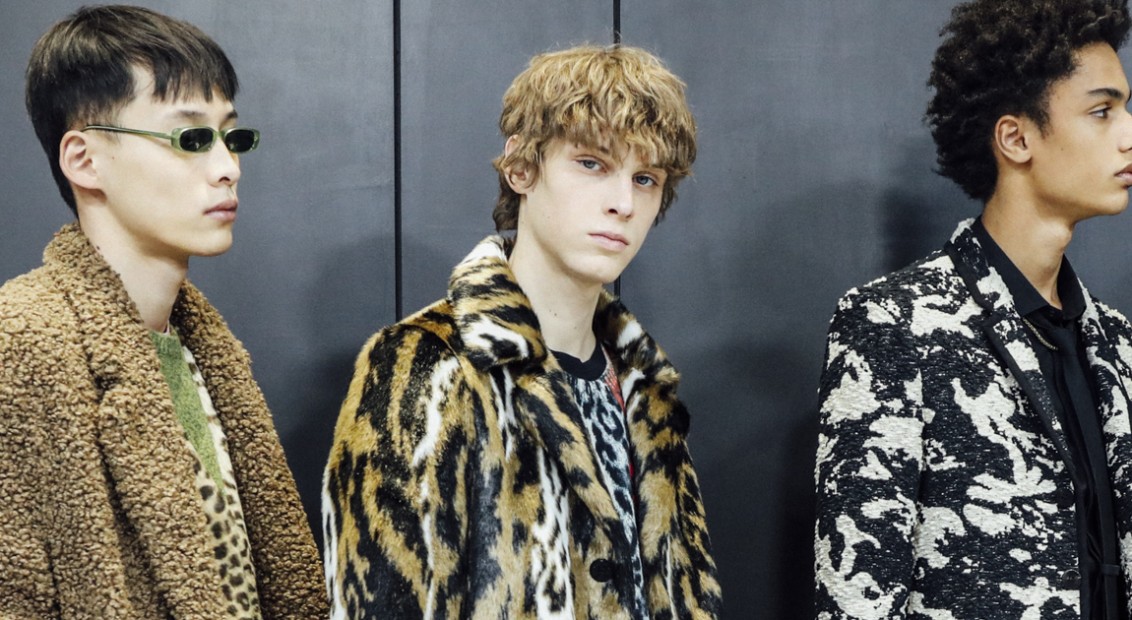 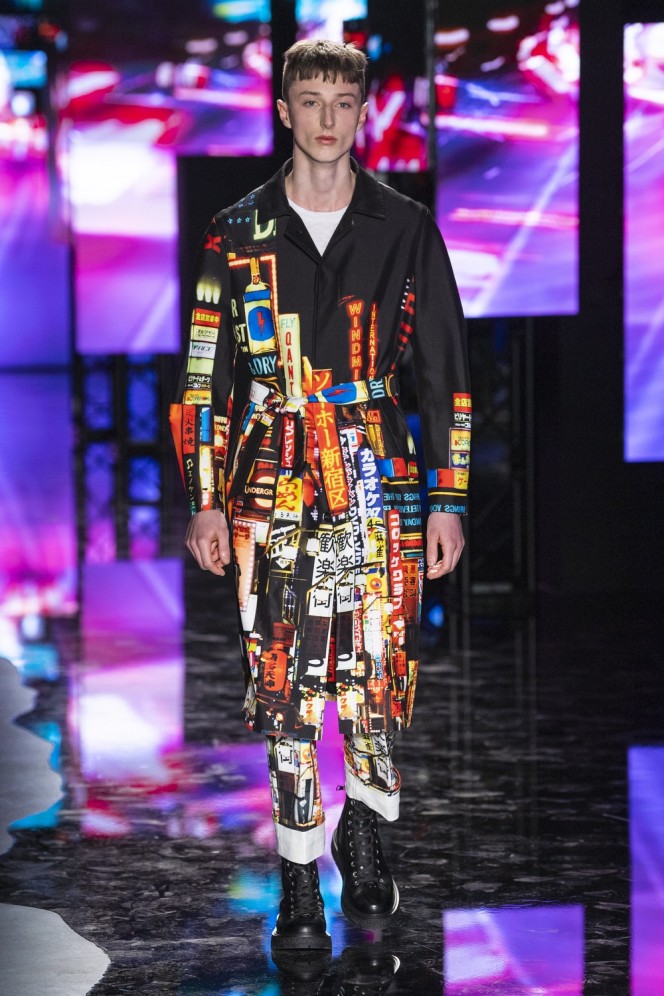 It might have been the 20th anniversary show for Neil Barrett – the designer from Devon whose stints at Gucci and Prada have seen him push a distinctly Anglo-Italian mash-up aesthetic, mixing the tailoring heritage of both countries with 20th-century subculture – yet his intentions were anything but retrospective. Instead, his instinct was to push forward, entering uncharted territory: although even if the show notes spoke of a “modern punk”, Barrett’s impeccable tailoring and sleek, luxurious textiles meant this was punk in spirit only.

Despite his intentions, the collection did feel like a nod to Barrett’s roots, in the best way possible. Having studied at both Central Saint Martins and the Royal College of Art in the 1980s, there were echoes aplenty of this heady moment in British countercultural history: although even if the seedy neon signs of Soho made an appearance across coats, tees and trousers, they were mixed up here with those of Shinjuku in Tokyo. As well as being a neat expression of Barrett’s global appeal, it was a charming reminder that, while Barrett was poached to work in the ateliers of Milan fresh out of college, you might be able to take the boy out of Britain, but you can’t take Britain out of the boy. 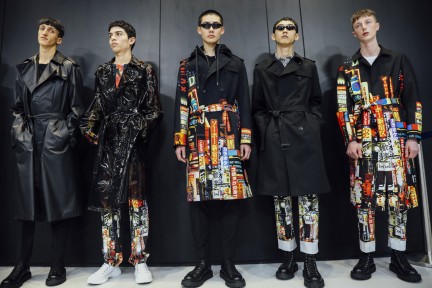