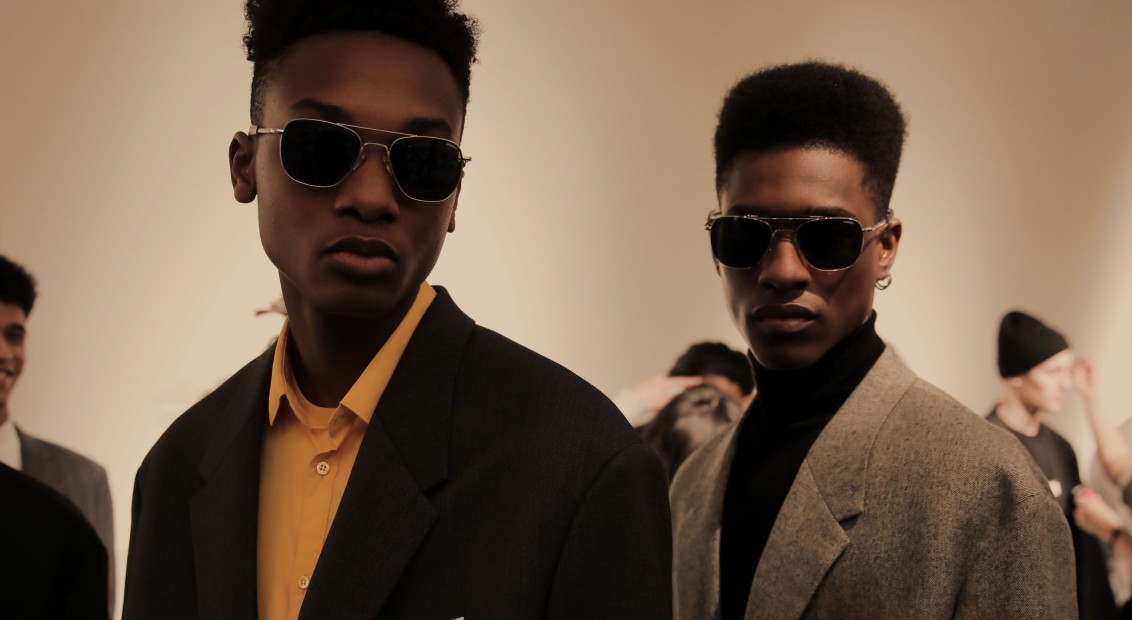 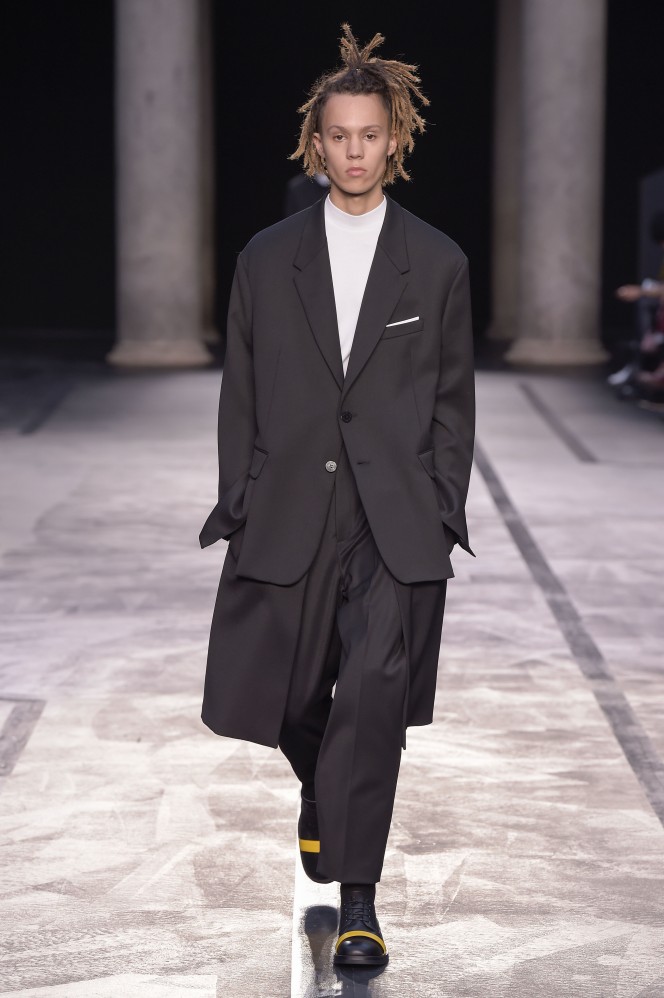 Neil Barrett has always had a fondness for the faintly retro. For FW17, this drew focus to the 1980s, with Barrett taking inspiration from his own art-college years in London during the decade. It was clear from such nostalgic details as oversized blazers with rolled-up sleeves, and a Siouxsie and the Banshees tour image remodelled as dramatic graphics across the clothes.

The collection was all about this hybridity. In this esteem, it was also Barrett’s first show to combine women’s and men’s for a decade, and the women’s looks underlined the core sports-suiting ethos that defines Barrett’s legacy. Those suits were layered with athletic funnel necks, and finished with tracksuit cuffs and Adidas stripes. It had a racing-car vibe, which tied in perfectly with Barrett’s other great love: modernist graphics. The neutral tones of the collection were cut with accents of Ferrari red, or Lamborghini yellow, and several trousers and leather jackets carried the style lines of racing uniform. Those flashes of colour also referenced the Buffalo wave, and the style of fashion icons like Nick and Barry Kamen, whose work defined the pioneering youth culture movement.

True to form, the collection was overarchingly founded on neatness and clean tailoring, but the 80s influenced sport narrative added a new level of appeal, relevance and intrigue to the traditional suit. 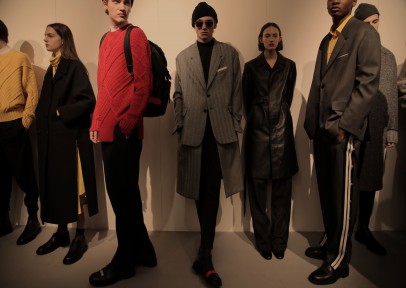