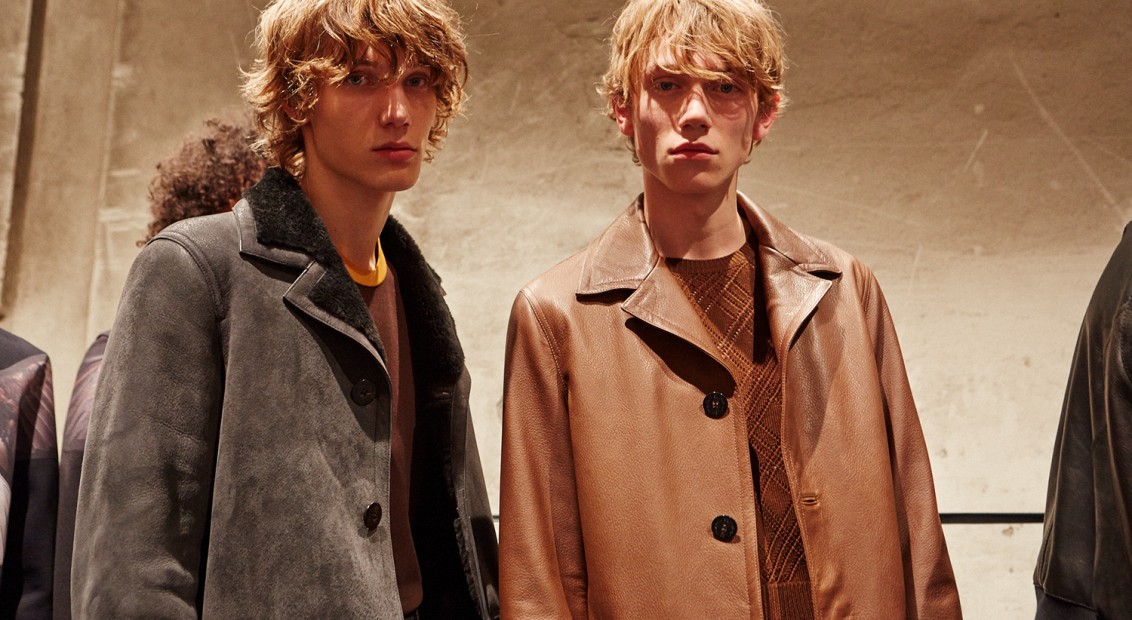 From Devon with love 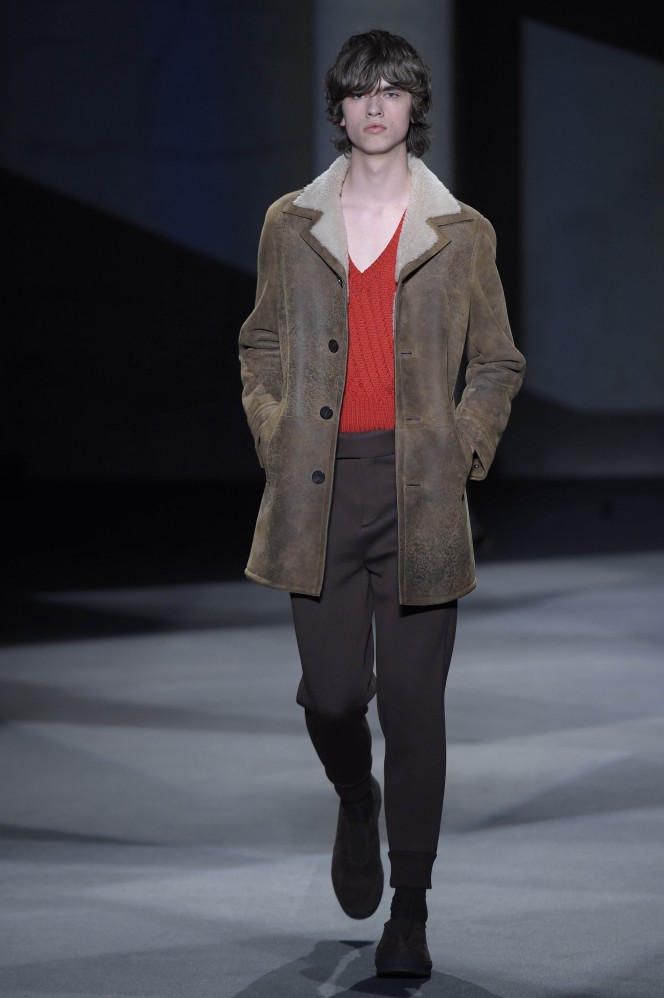 Palazzo del Senato staged Barrett’s collection once again, but a little different this time: set up centre stage – not to the side – with the added variance of Tony Irvine styling the show. It felt grander. But the nucleus of his FW16 theory lies in personal items, ideas and memories, particularly from his upbringing in Devon.

Pieces considered as part of the classic male wardrobe were shot with athleticism, energising the notion of formality to a level congruent with progressive design. For example: Prince of Wales patterns were paired with techno-fabric, geometric inserts that uplifted the old-age textile to the realm of relevance. But there’s more: trackies (yep, trackies and tailoring aren’t mutually exclusive – Barrett says so) were tailored with go-faster stripes covering side-seams; Harrington bombers and anoraks were detailed with shots of cobalt blue and a crisp white; and suiting details, like the peaked-collars, were enlarged which actually looked quite modern and further aided Barrett’s forward-thinking vision. 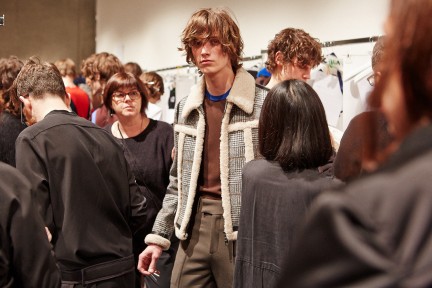