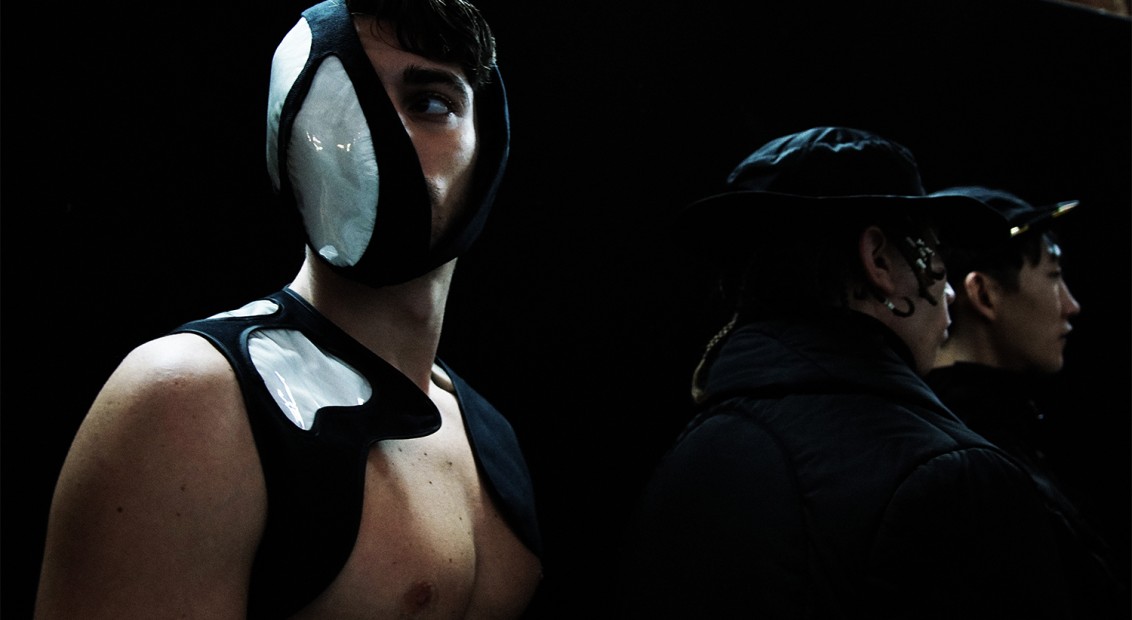 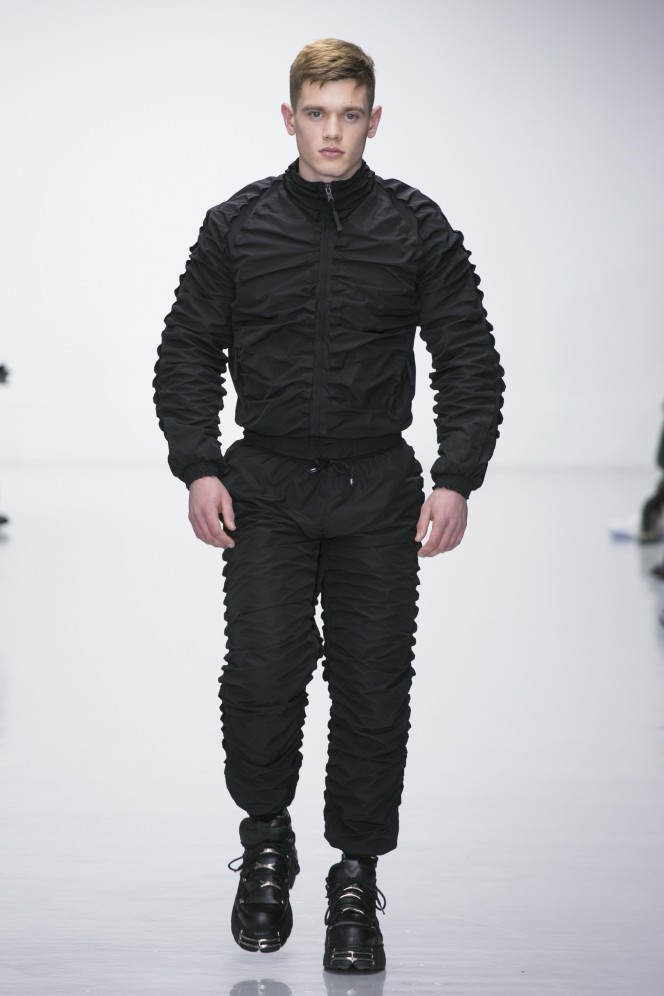 Due to the loss of his father, last season’s offering from Nasir Mazhar was decidedly melancholy. For SS16, his models took to the catwalk in all black – serving as a visual manifestation of his own sorrow. Black still dominated the FW16 collection yesterday and his penchant for print remained markedly absent. However, instead of a sense of mourning, there was an air of calculated minimalism to the designer’s garments.

Mazhar’s new aesthetic placed emphasis on structure – serving as a complete break from the designs of his earlier collections which were often covered in his logo. The designer joined the likes of Jonathan Anderson and Shayne Oliver by creating gender-defying silhouettes. Male models took to the catwalk in cutout crop tops – one even sported low-slung trousers, in order to expose the delicate underwear he was wearing underneath. On the opposite end of the spectrum, a few models were purposefully concealed, using mask structures which either enshrouded the head or partially covered the face.

“Imagining a club world of individual characters unified by darkness,” read the show notes, as the trancey sounds of DJ/Producer Murlo reverberated around the show space. From dresses with extreme thigh splits to the Cyberdog-style boots which finished off each outfit, the theme of club culture was definitely evident. It wouldn’t have been a Nasir Mazhar collection though without his streetwear staples – caps, relaxed pullovers and tracksuit bottoms were still in abundance. 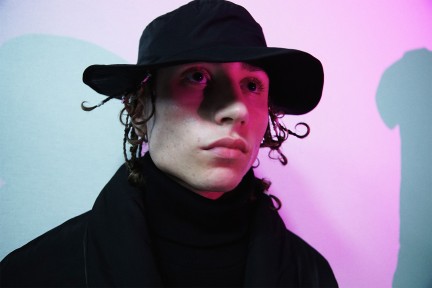