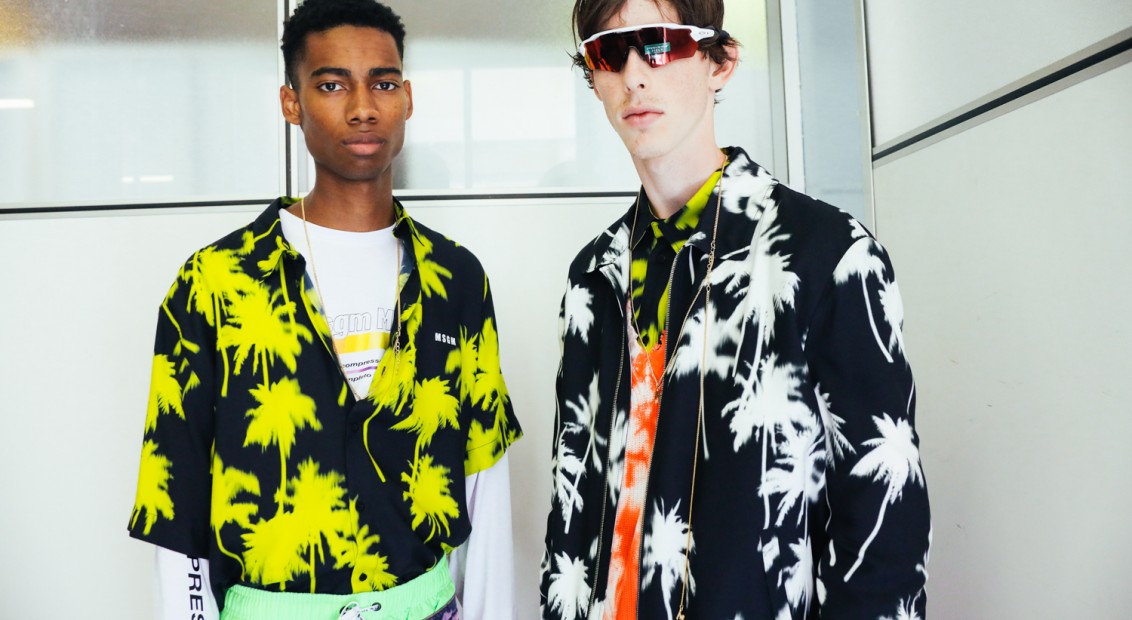 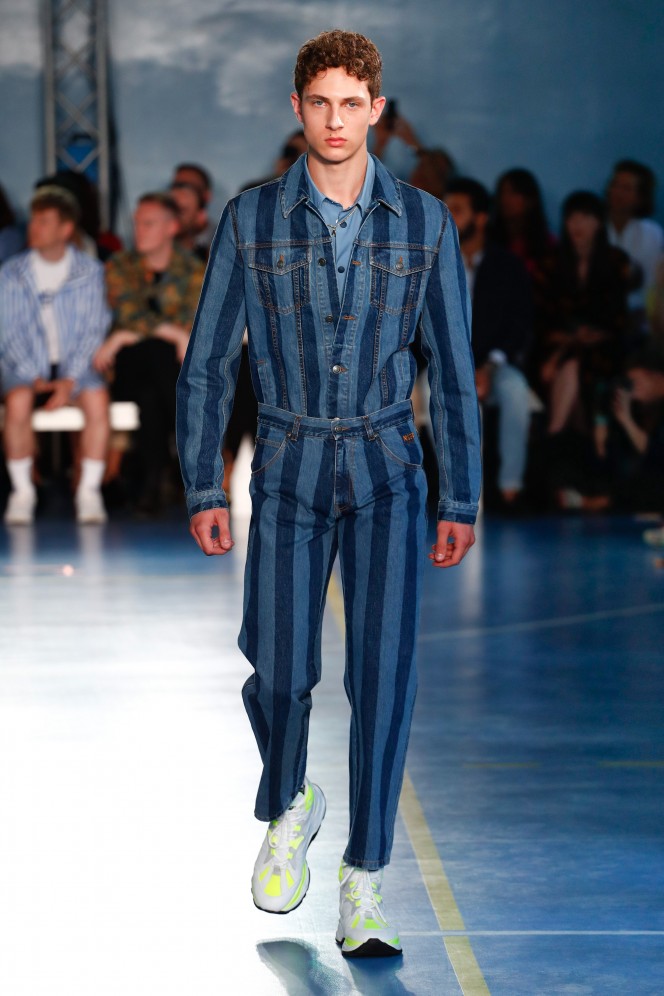 Since founding MSGM in 2009, Massimo Giorgetti has been lauded as one of the most promising talents to emerge from Milan. But for SS19, he decided to pay homage to his hometown as well as his adopted city. “Supercharged, super-energised, take your seats for a high-voltage volleyball match: Milano vs. Rimini,” declared the show notes.

If you follow the label’s Instagram, you’ll have noticed a selection of colour-drenched revolving graphics posted in the lead-up to the collection unveiling; set to white noise, the words ‘Ultrapower’ and ‘MSGMXXXL’ were animated to signify that something ostentatious was on its way. This was Giorgetti honouring two regions that have been pivotal in his lifetime: a clash of disparate cultures, if you will, packaged in the form of fluoro sportswear.

A tourist hotspot rife with clubs and set on the beach, Giorgetti referenced Rimini via the most in-your-face fashion. Printed two-piece sets covered in Victorian florals, tropical fruits and American Photographer Roger Minick’s beach-scapes looked ready for warm-weather lounging, while vibrant tie-dye zip-up jackets and long-sleeved tops added a dash of 90s nostalgia to the range.

Volleyball was referenced throughout: anime characters from the Japanese TV series Attacker You! – which is based around the sport – appeared on slouched hoodies and oversized T-shirts. Meanwhile, visor shades and bright swimwear shorts designed in conjunction with Sundek also offered a nod to the sport. The essence of Milan was less obviously communicated but pervaded the collection nonetheless. Layered chains and printed scarfs tied like durags gave a cool-luxuriousness to the line which was as technicolour as it was tributary. 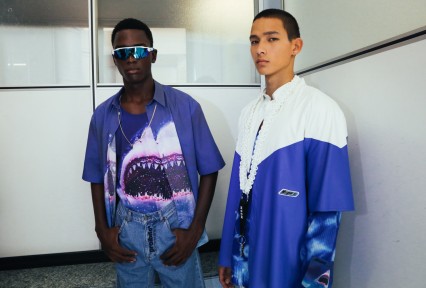