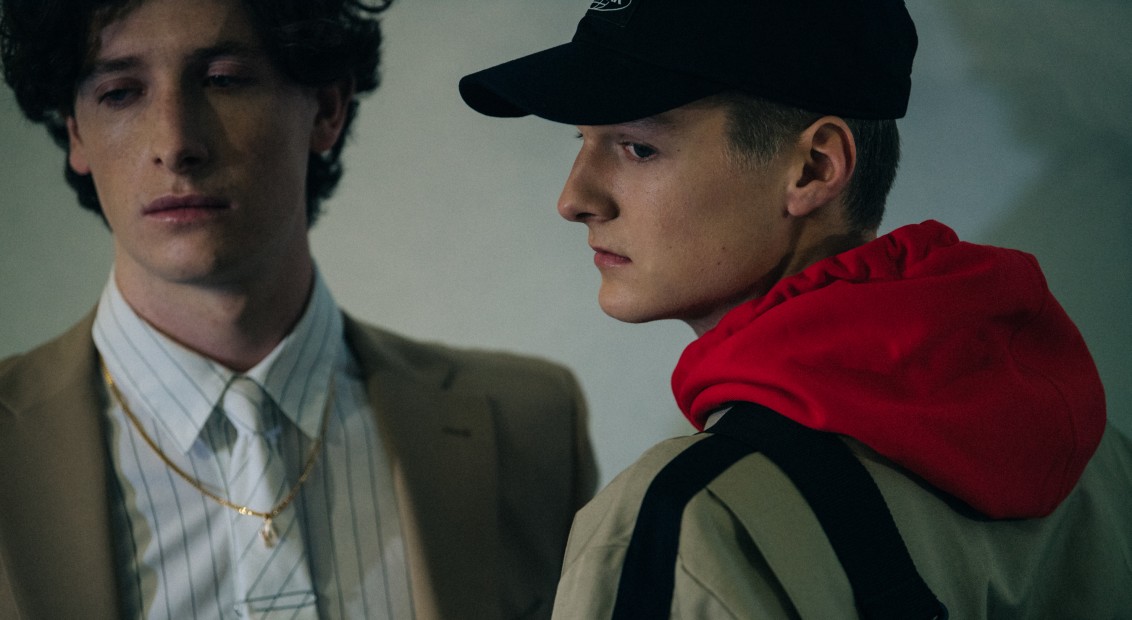 A new sincerity feels under way in fashion. A movement from the moody, sarcastic apathy of postmodernism into a realm of being a bravo ragazzo (good guy), and actually giving a fuck, and feeling things, and kind of being cool for it. MSGM gave us a lesson on the mindset at its show (and most appropriately, early on a Sunday morning).

Set in the halls of the Università Statale, and with a cast of Milanese students for models, the brand founded its own fictional collegiate institution. The school motto: “our uniform undone, your heart worn on your sleeve”. This was rendered at its most literal level, with embroidery on T-shirts and jackets reading ‘I love you’ in Italian (hailoviù or ge tem), or ‘time for change’ (tempo di cambiare), lifted from expressions found scrawled on old school desks and bathroom stalls. Subtle gestures were made in the way how the boys were styled: notebooks under arm, ties tied, Fair Isle sweaters neatly tucked into trousers, and floral prints and an earnest palette of pastel pinks and blues – the latter of which arrived via pale-washed denim from the brand’s debut jeans collection.

It wasn’t all saccharine, though: MSGM’s signatures are in the melding of preppy and streetwear, and visual tensions came through in aggressive silhouettes and black leather. The underlying message was to encourage free-mindedness and progressiveness. MGSM called it out perfectly in its show notes as “bridging the shackles of institution with the quiet rebellion of the individual”, and its significance beyond collegiate walls will be felt. 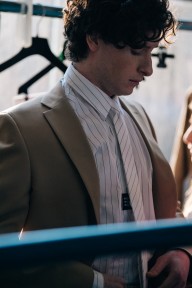