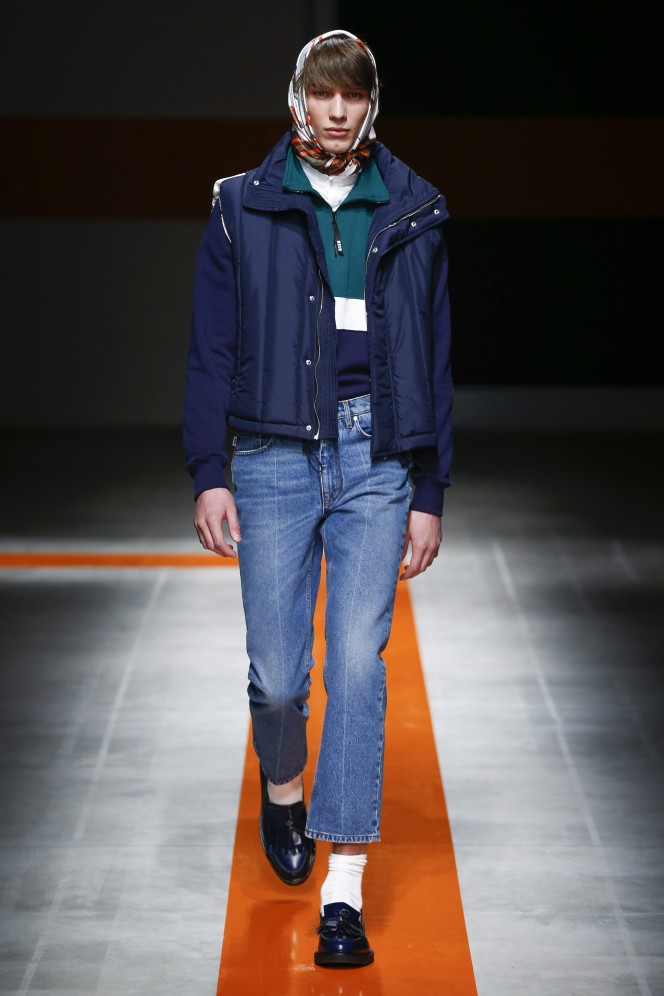 Massimo Giorgetti’s moodboard backstage at MSGM featured a collage of snowboarders, and horse racing jockeys – but also of Queen Elizabeth in her Land Rover, and a promo image for Netflix’s The Crown. This odd coupling of athleticism with aristocracy was the premise of the collection, in fact, it was even addressed in baseball caps embroidered with the wordplay: “sporting” (as in the archaic British term, “jolly sporting of you!”).

It was an interesting theme for a brand so very young at heart, but was handled with eclectic exuberance. Take, for instance, the Babushka headscarves wrapped around the heads of several models. But the athletic theme naturally recalled the boys of our millennial reality, dressed in their best marl-grey tracksuits. Beyond the shades of grey were subtle, heritage tones, and MSGM’s signature ascorbic colours naturally made appearances: in highlighter shades of yellow and orange that clashed terrifically when set against beige.