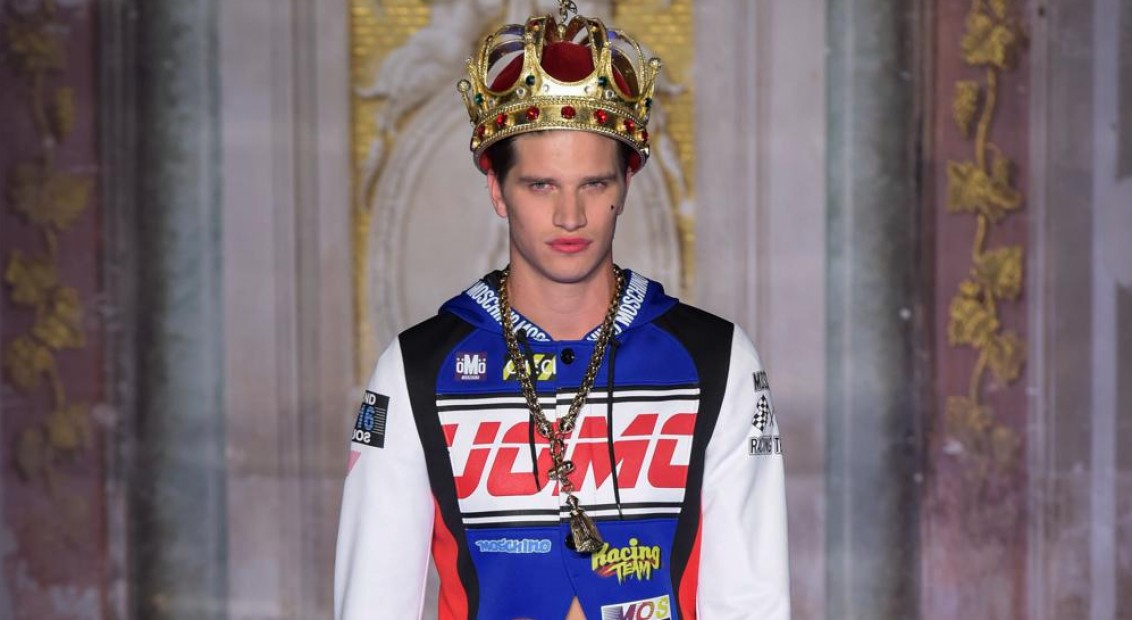 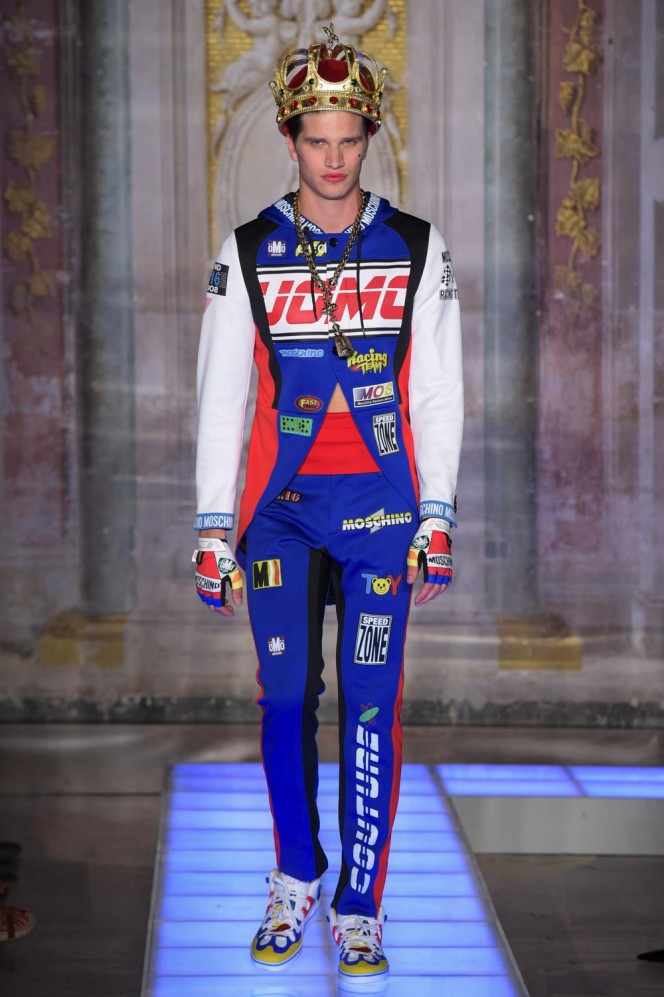 Relocating the Moschino show from London to headline Pitti Uomo in Florence this season was a conscious move towards the brand’s Italian homeland. For Pitti – the heritage-laden menswear trade show that runs between London Collections: Men and Milan fashion week and which draws more and more industry names every year – a headliner like Moschino is a coup. But if there’s one thing designer Jeremy Scott knows how to do is shake things up, and in this collection his inspirations couldn’t have been be more apposite.

The venue, the Palazzo Corsini, is a 17th century building known for its exemplification of true, Baroque finesse, an era in its prime when sculpters and artists were garnishing its halls. The creative exuberance of such a time was filtered through Scott’s imagination, creating an ostentatious aesthetic that came in the form of fur shoulder-throws, metallic embroideries and crowns. While heraldry – in the form of a symbol resembling the fleur-de-lis – reinvigorated the frivolity of French, aristocratic dress (quite apt, as the French were on the cusp of revolution towards the demise of Baroque) creating a repeating motif across shawl-collared dinner jackets and tailored trousers.

Then, the clash. You can’t have eras of artistic hyperbole without the backlash from a subsequent force. Like Neoclassicism was to Baroque and Rococo, professional, cycling attire was to Scott’s discourse of historical flaunt and finery. Hoodies and suiting– in a fitting royal blue – blazoned with tags: ‘UOMO’, ‘Toy’ and ‘Mos’. A parody of the modern-day, consumerist culture of sponsorships, and striking a bang-on balance between the past and present, Scott managed to create his own Prince Charming that sat intelligently in both tribes.