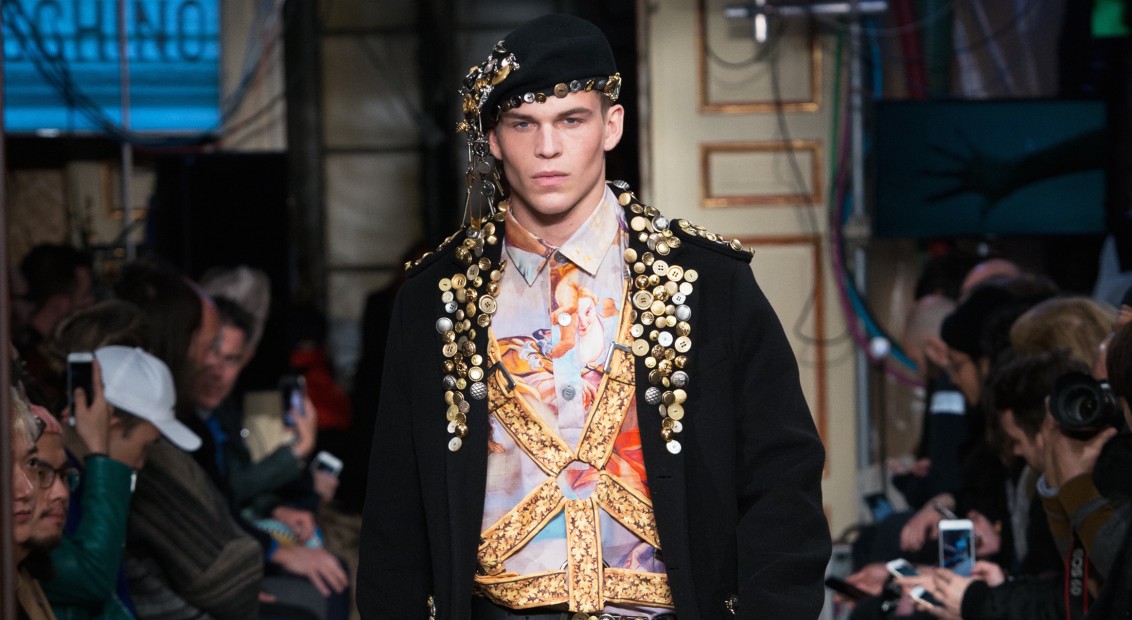 Fight for your right 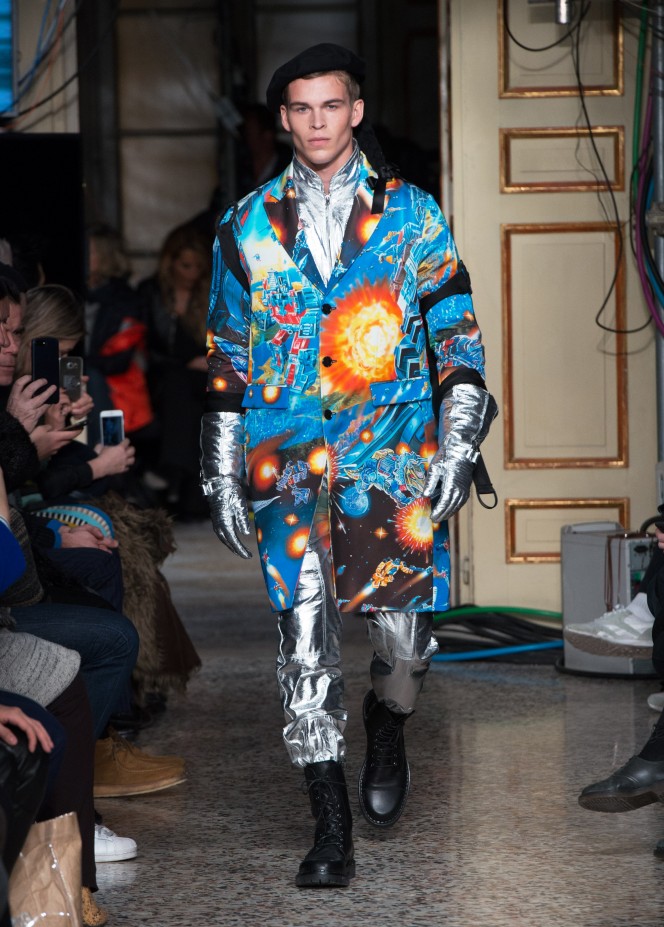 “The place: an ancient palazzo. The time: an indeterminate future,” read the show notes accompanying the Moschino show at the weekend, setting a displaced scene. That palazzo was the Basilica of Sant’Ambrogio, a significant building that dates back to 387AD, noted as one of Milan’s most important churches for its medieval style. Its interior was strewn with unwinding cassettes, while a multitude of cables hung from chandeliers, and draped cloth and screens featured static images flashing on repeat – a mishmash of VHS-style visuals that collided past with future.

The collection was a curated clash between dystopia and hope, designer Jeremy Scott riffing off the two disparate themes. Like a 2017 Buzz Lightyear walking the streets, models wore brightly coloured suits and overcoats, while graphics of rocket ships, stars and the big bang were cast across pieces like iridescent jumpsuits, metallic trousers with quilted kneepads and ascot caps. Women’s looks sported a 1950s silhouette with open, sweetheart necklines and exposed tulle – like a tutu skirt and bomber jacket combination that featured a digital clock pattern in black and green. There was also a move to more utilitarian styles via cropped jackets and turtlenecks, while floral prints added a hint of romanticism. That softness also came through in the pastel-toned Italian fresco prints, creating tension in the context of military accents like camo print and harness-like straps.

From the McDonald’s logo to last womenswear season’s paper dolls, Scott is well-known for his out there takes on pop culture signs and symbols. Here, his intergalactic ensembles featured prints of the ‘autobots’ from the Transformers film franchise, continuing a running theme of battling for what’s worth fighting for.

One showstopper was an overcoat with lapels embellished with pearls, beads and buttons. It was courtesy of a collaboration with Judy Blame, the cult stylist and jewellery designer known for his work with 80s fashion collective House of Beauty and Culture, whose DIY aesthetic continues to feed into fashion today. Those punk touches added a feeling of the DIY to an otherwise militaristic collection that put out a message that unity, in tough times, is worth fighting for.