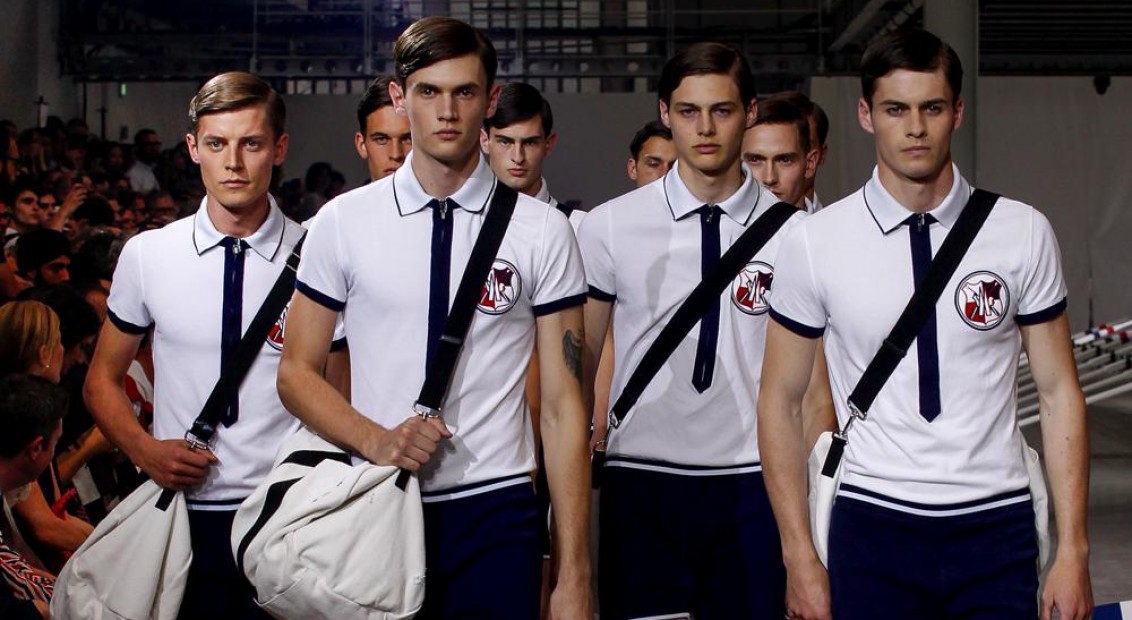 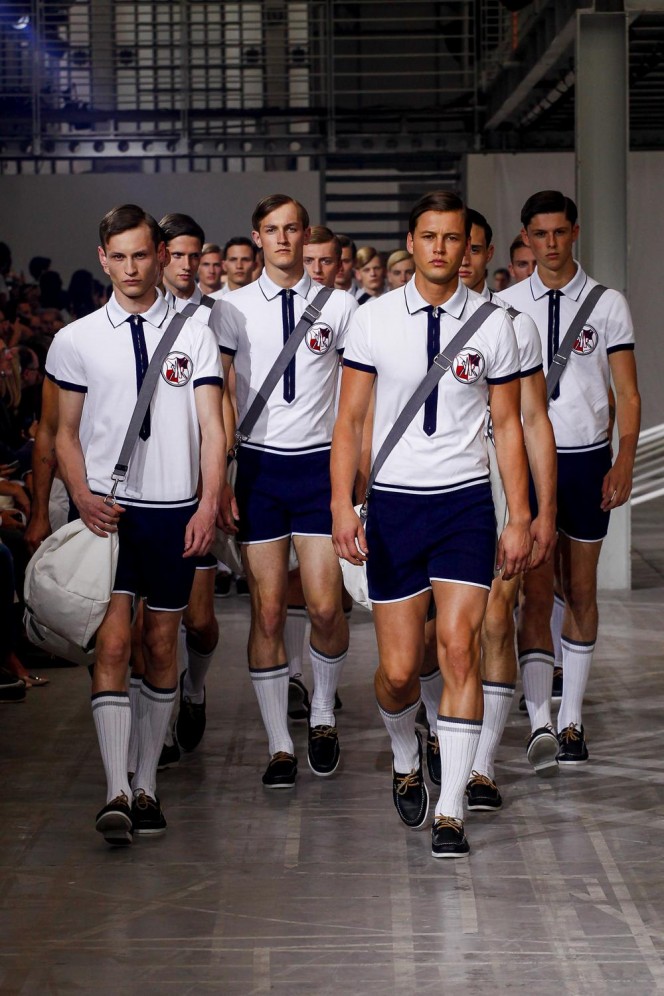 Moncler Gamme Bleu’s boys were split up into three tribes: achromatic, candy and traditional. With rowboats in the middle of the venue, and a distinct preppy vibe, it was like all three were in a collegiate competition.

The first lot: greys, blacks and whites. Crisp and plain, the focus was on the layering and construction. Pattern placement on jackets, for example, was carefully considered: one had shoulder inserts, where the stripes were placed horizontally, opposing the vertical placement of the sleeves and bodice.

The second bunch had a lighter, more colourful nature. Pastel, candy tones – like yellows, baby pinks and a lime green – dominated single-breasted jackets and tailored shorts, with outer edges on the former acting as a border with a conflicting colour.

Then you had the traditional white, red and blues (the brand’s signature colour-scheme). These were in similar silhouettes, with the subtle difference of ankle-length, straight-legged trousers; some pieces, like the jacket, were drenched in a powerful red; and the patterns were more strikingly opposite, creating looks that had depth. A rich play off for those game for a little multi-layering.