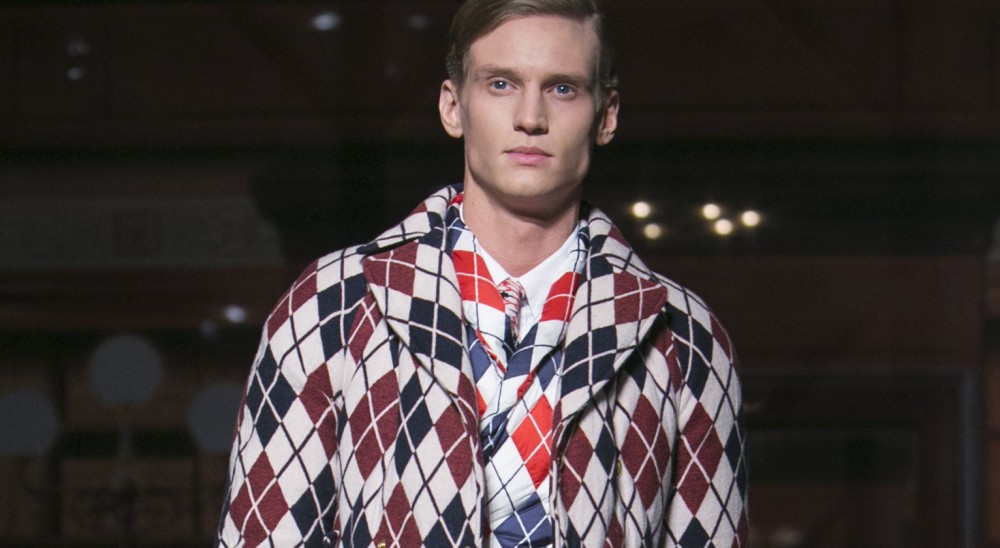 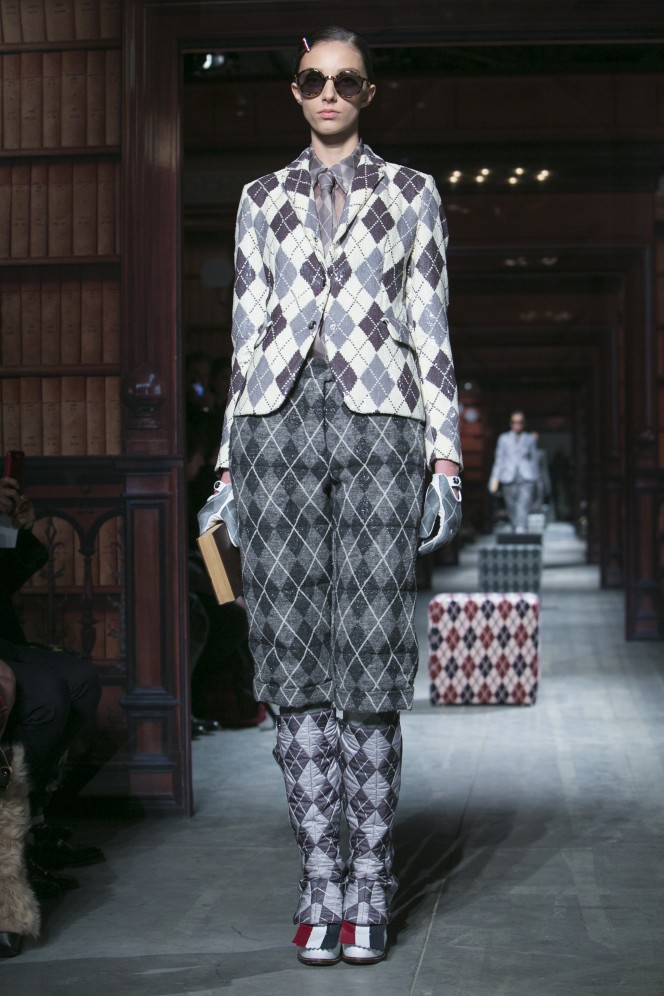 A new season, a new sport for Thom Browne – last year’s cricket has been replaced by a golf inspired FW collection.

There’s a strong British feel this time around, featuring a wealth of argyle and harlequin patterns – it’s country living geek chic. It was a characteristically theatrical affair set against a library backdrop, with guests seated in ‘rooms’, creating immersive fashion theatre, atmospheric escapism.

This season Browne debuted a Moncler Gamme Bleu Womenswear line alongside the menswear, catering for both genders. The girls started the show, sitting on harlequin boxes, book in hand, soundtracked by Jayne Mansfield’s ‘Shakespeare, Tchaikovsky and Me’.

Quilted jacquard featured heavily for both sexes, whilst layering a mixture of thicknesses and fabrics formed a distinctive blend of textures. A muted grey palette throughout, yet colour was introduced through pairings of red and navy, green and pink.

The crossover between Moncler’s sportswear and Browne’s signature precise tailoring is apparent as ever, reconstructing silhouettes through cleverly exaggerating and reinterpreting proportions and shapes.