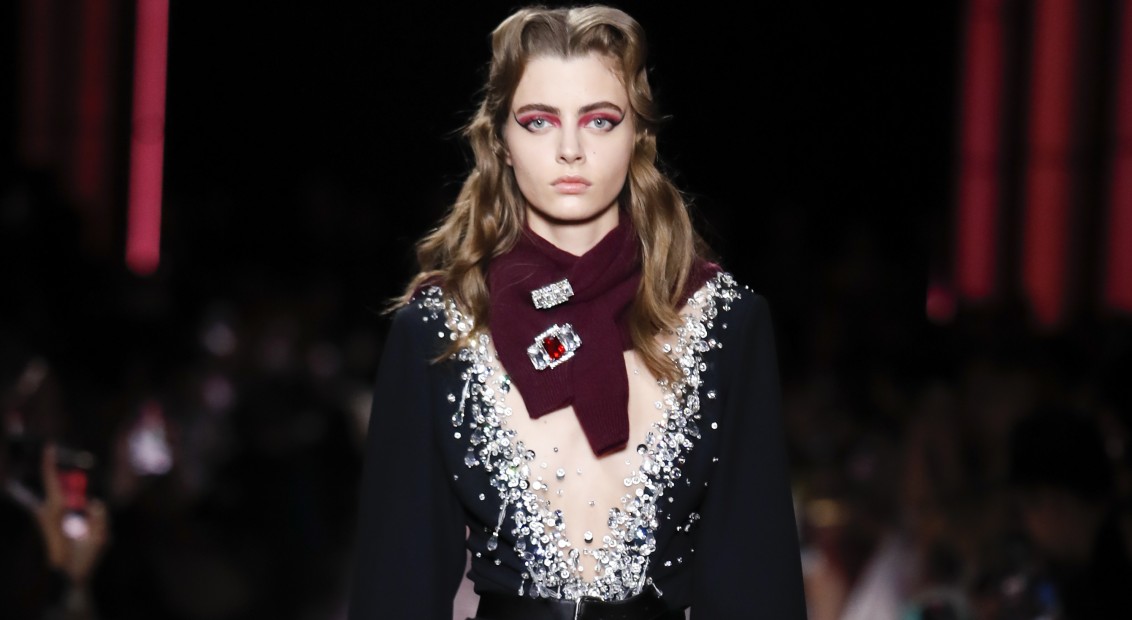 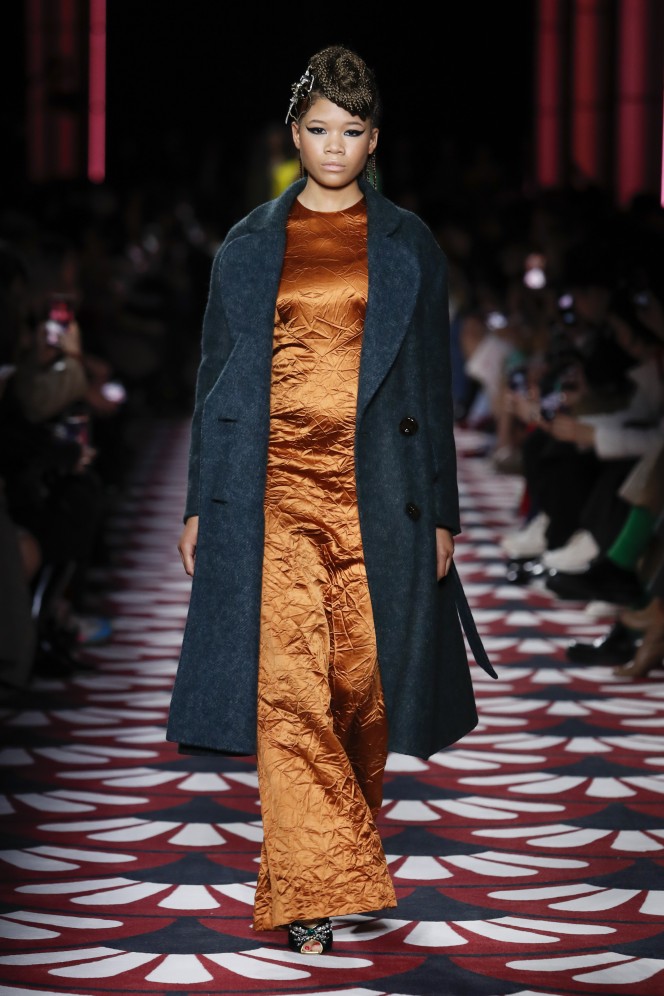 Despite her reputation as an intellectual and political powerhouse, few designers celebrate the pure pleasure of fashion like Miuccia Prada. Fittingly, Miu Miu’s FW20 showing was described as an exploration of “the enduring fascination of charm”, as well as a tribute to “playful grandeur, toying with elegance, gestures to the spectacular.”

These themes combined with the thesis of the recent Prada show: to celebrate strength in femininity. Visually, these ideas translated into a collection full of sheer, crystal-embellished cocktail dresses, shaggy coats (belted tightly at the waist) and super-short, knitted bodysuits, which came in navy and baby blue. There were also nods to the soft, sculptural silhouettes of the Prada show, which relaxed and feminised the codes of menswear suiting – subtle androgyny, but not too obvious. As for the longline evening coats, their hemlines were elongated to trail along the floor, a subtle detail described in the show notes as “a joke at the expense of formality.” In other words, the collection’s blown-up proportions were a playful exercise in subverting the rules of formality – and what could be more Miu Miu than that?