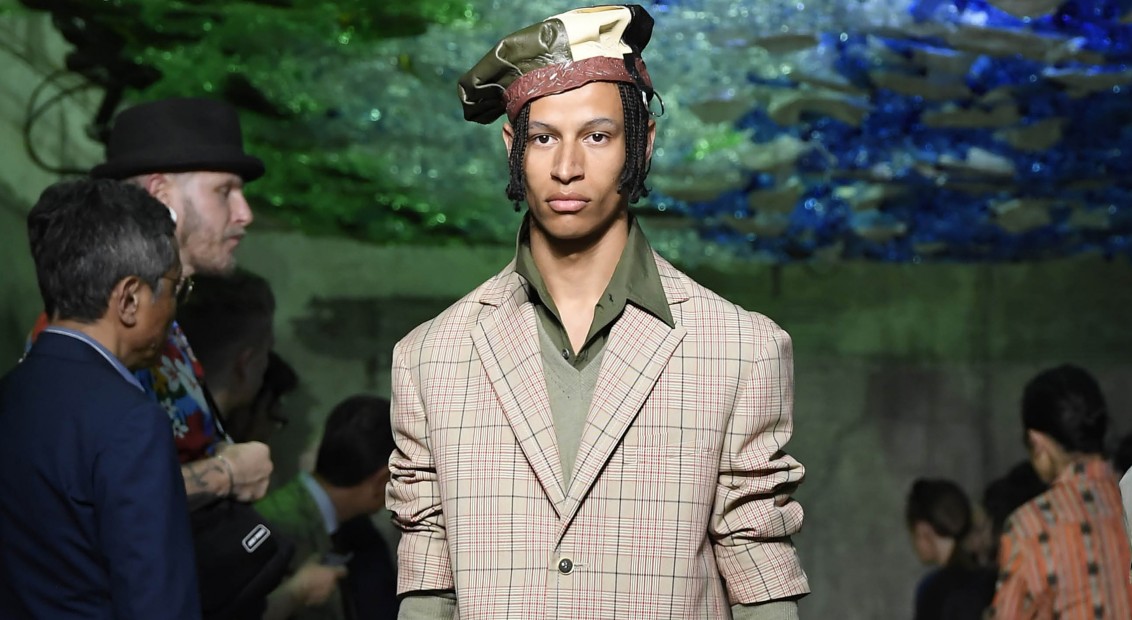 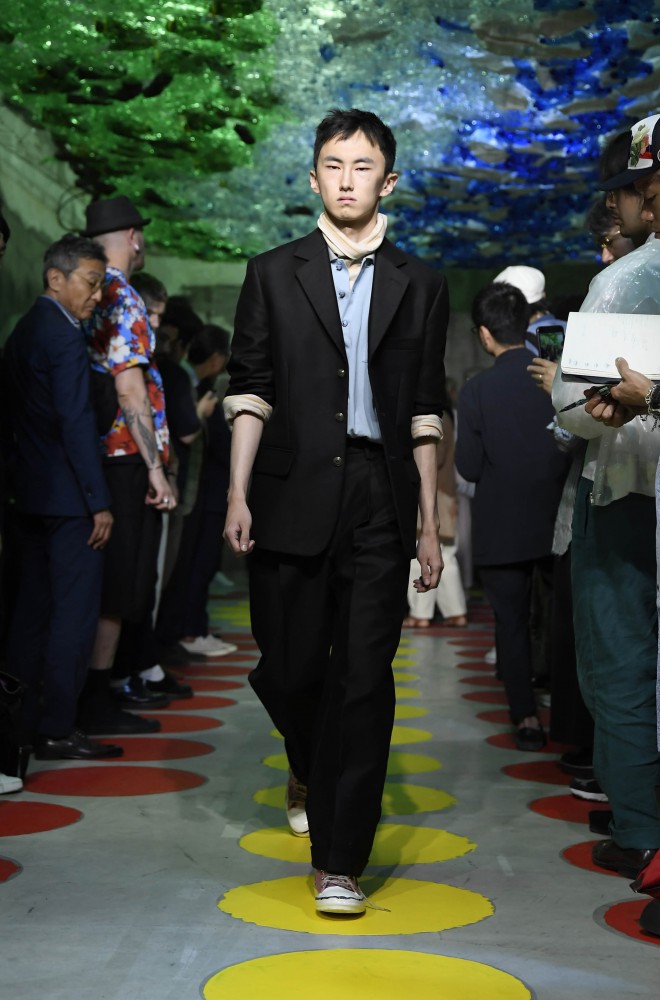 Designers are often reluctant to discuss the role fashion plays in our ongoing climate emergency, relying instead on green-washing and vague talks of ‘sustainability’. Francesco Risso, creative director of storied Italian brand Marni, is anomalous in this sense; for SS20, he had editors and clients lined shoulder-to-shoulder beneath a ceiling strung with disregarded plastic waste sourced partly from the oceans.

The show itself was conceptualised as the ceremony for an unlikely marriage between Breakfast at Tiffany’s author Truman Capote and Marxist revolutionary Che Guevara. In Risso’s mind, Capote had abandoned writing for a jungle adventure, during which he had discovered radical politics and guerrilla warfare. It’s not hard to read this gloriously eccentric narrative as a clarion call to the industry at large.

Sartorially, Risso communicated these themes through clashing prints: florals were interrupted by shocks of colourful camo; a standout khaki boiler suit came belted and laser-cut, as though slashed during battle. While eagle-eyed viewers will have noticed NYC band Faux Real in the model line-up – if you don’t know them, that’s an issue.

A collaboration with artist Shalva Nikvashvili saw each look finished by hats fashioned from detritus; fur, leather and feathers became wearable art which bore traces of an increasingly relevant wartime mantra: make do and mend.