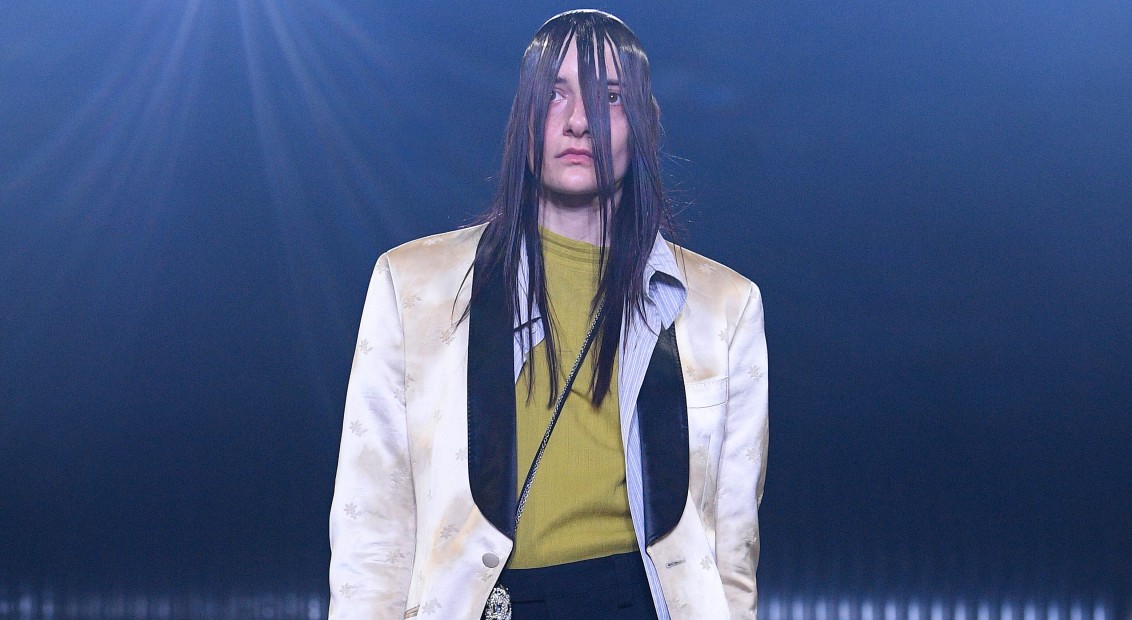 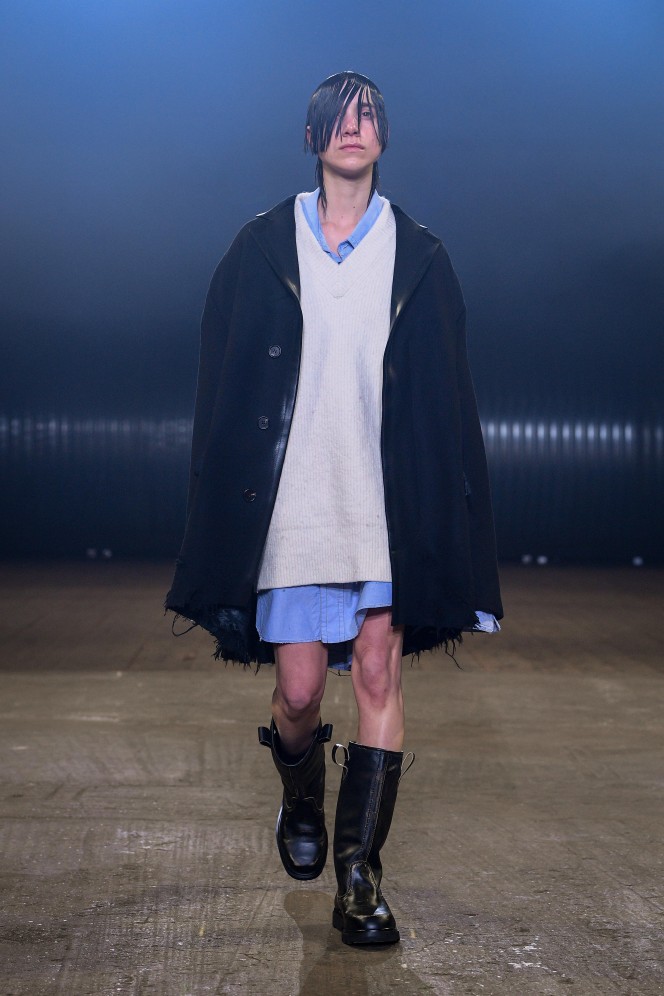 Marni’s FW20 show notes open with a poem by Prince Prospero, an Edgar Allen Poe protagonist whose plot to avoid a plague involved holing himself up in his abbey and hosting a series of masquerade balls. Fittingly, this was a show about dancing as liberation, and as distraction from chaos; about embracing the sheer joy and creativity of art in even the most turbulent of political climates.

These themes manifested in a runway performance choreographed by Michele Rizzo, who collaborated with creative director Francesco Risso on an exhilarating show. Models moved, trance-like, around a dimly-lit, atmospheric space filled with iron tunnels, eventually stomping together in circles as the performance reached its climax.

In many ways, the collection was a meditation on the climate crisis and the role of fashion in an increasingly chaotic world. Risso’s commitment to sustainability rang clear: vintage 1950s fabrics which would have been otherwise discarded were transformed into checked overcoats and voluminous, wide-leg trousers. Some pieces had a sheen created by a new lick of paint; others had deliberately frayed hems and imperfections. Risso described these as “persistences of the memory, assembled together as beautiful leftovers to create unsettling hybrids.” In an industry obsessed with newness, this celebration of faded luxury felt significant.

Aesthetically, bold pops of primary colour and graphic prints dominated the collection. Leather overcoats were stitched-up hybrids of different lengths and hues, a kind of cut-and-paste design that defined some of the collection’s strongest pieces. Proportions were deliberately oversized, as were the accessories: some models were bundled up in super-sized scarves, which were brightly-striped and layered over leather jackets.

Ultimately, the show found excitement in chaos. As a result, this was one of the season’s best responses to the climate crisis: never overly serious, always playful and genuinely innovative in its celebration of disheveled, faded beauty.