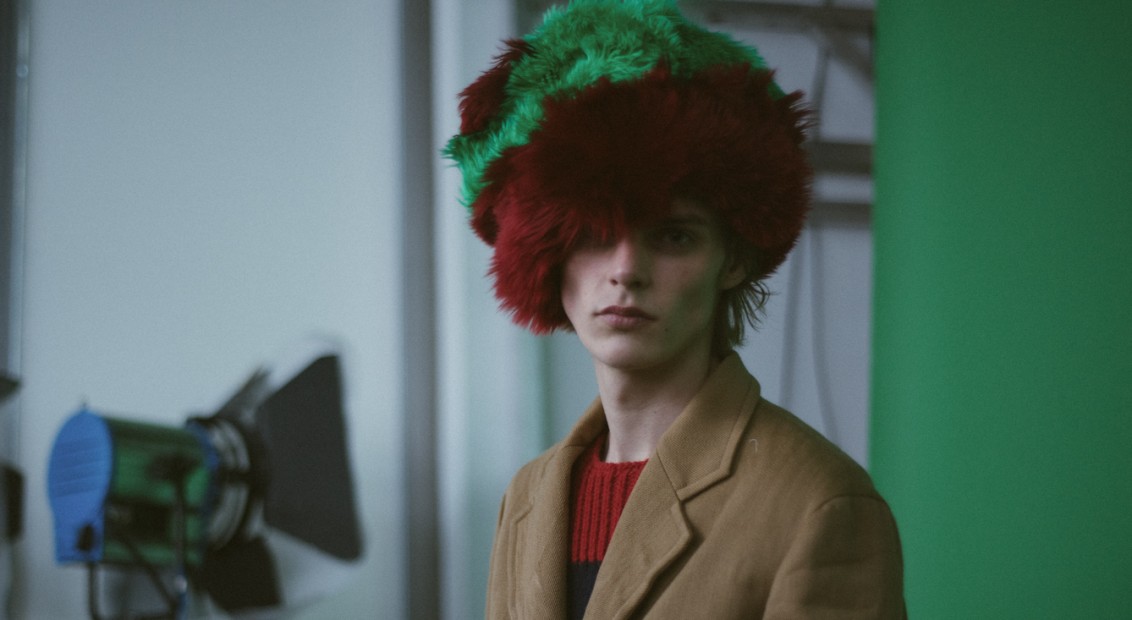 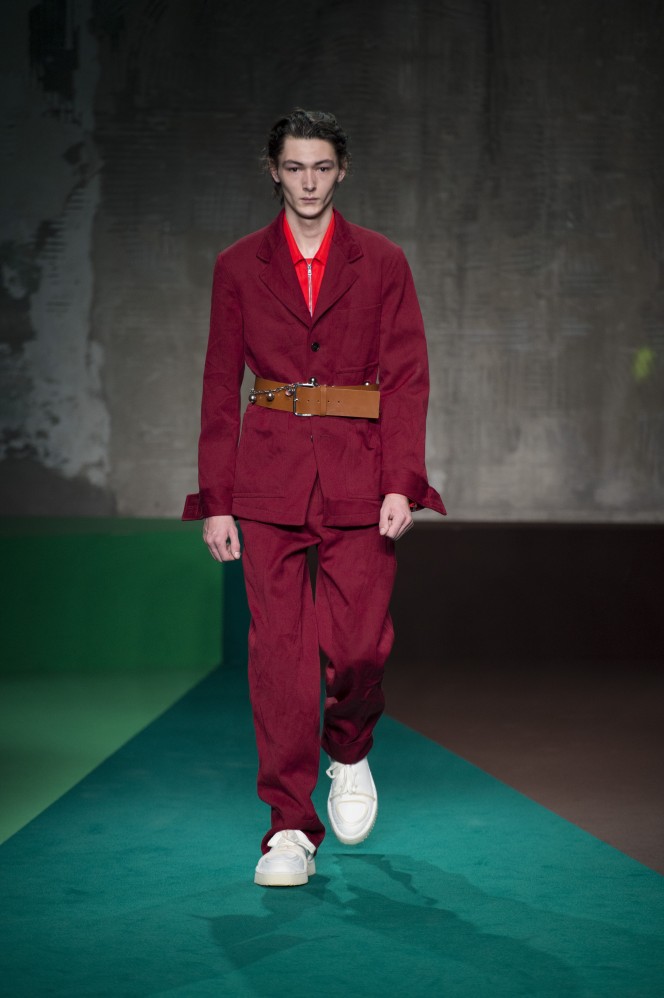 As the debut season under the guidance of newly-appointed creative director Francesco Risso, it’s fair to say Marni Man FW17 drew a strong share of anticipation. That the house chose to launch its new captain’s output under its menswear line is a nod to the strength of its male following. Marni speaks to men who like their luxury with a side of eccentricity, futurism with a side of retro – and Risso is already tapping those dichotomies with ease.

The designer set an oversized tone, the silhouette big and baggy. Jackets and coats were made to swamp, trousers so long that chunky belts aided flailing hems. With a nod to geek-chic, prints were reminiscent of binary codes, scribbles and loops with jumpers made roomy. Comfort was of paramount importance as jackets and vests were quilted and padded; looks that could be transferred from the bedroom to the boardroom.

As far as accessories went, models sported kaleidoscopic alpaca hats and space-age screen glasses, a nod to the eccentric bent Marni is loved for: an eclectic take on luxury, combining oddball accents with a minimal and modern baseline. And so, in a bid to stimulate the dedicated Marni following, Risso’s first collection served as a juxtaposition of multiple realities, fusing past, present and future. A promising first page of the new Marni chapter. 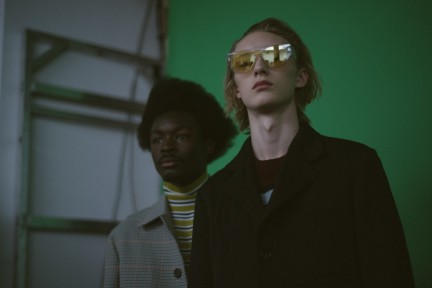