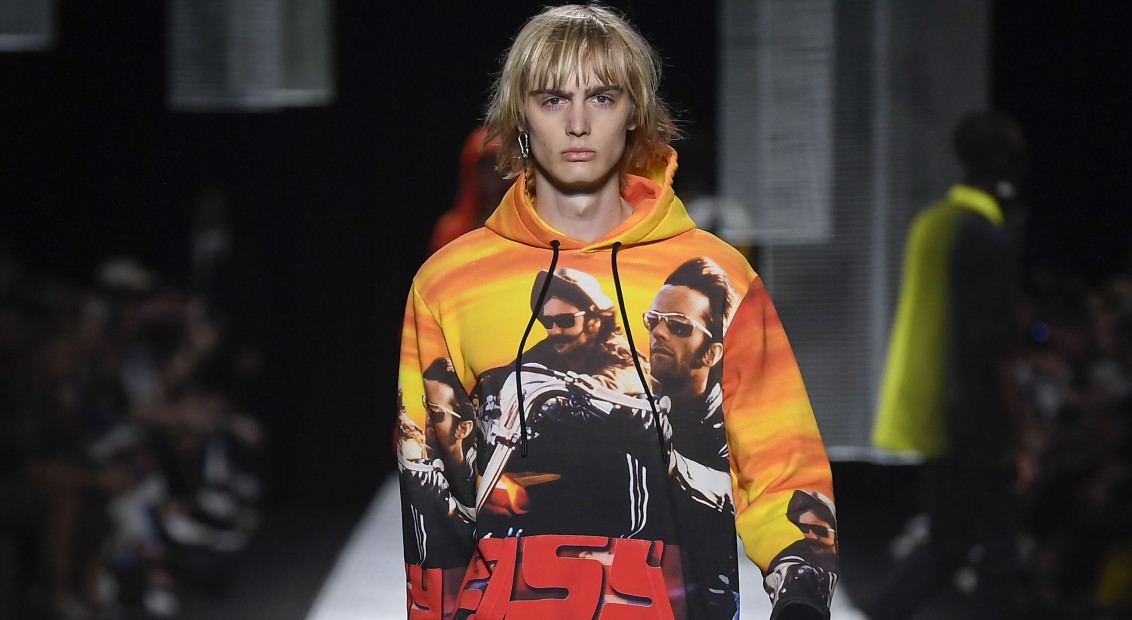 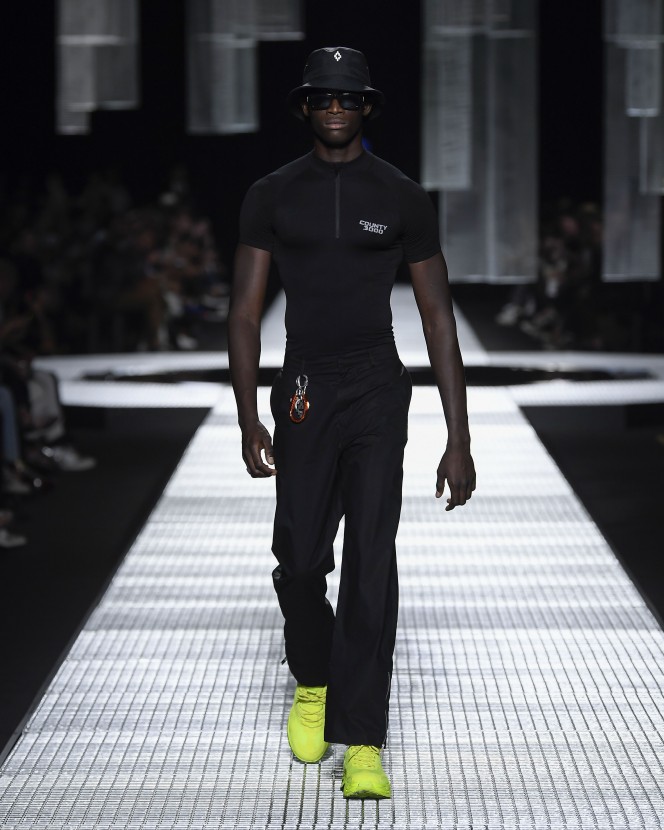 As a fully fledged multi-hyphenate, Marcelo Burlon is a man of many talents – and his Djing and design skills came to work in conjunction for his latest County of Milan collection. Within a mash-up of subcultures, sporty streetwear pieces were given a rave-ready twist.

Psychedelic colours dominated the collection – from an iridescent black tracksuit to tie-dye jeans and long-sleeved tops. Skintight cycling polo necks were teamed with smart trousers and ultraviolet bucket hats for ensembles that felt casual yet cutting-edge. Slogans were rife, too, as the words “COUNTY 3000” formed a grid-like pattern on jumpers; the term “TECHNOFOLK” also appeared on T-shirts and slouched hoodies to prove that this line was a ticket to the 4/4 utopia.

In regard to Burlon’s womenswear offering, on-trend cycling shorts were teamed with sports bras worn underneath longline jackets for looks that were both practical and sultry. Of particular note, there was a split-hem dress with a gradient print that was reminiscent of old-school screensaver graphics. In short, this was one serious ode to techno and technical dressing.