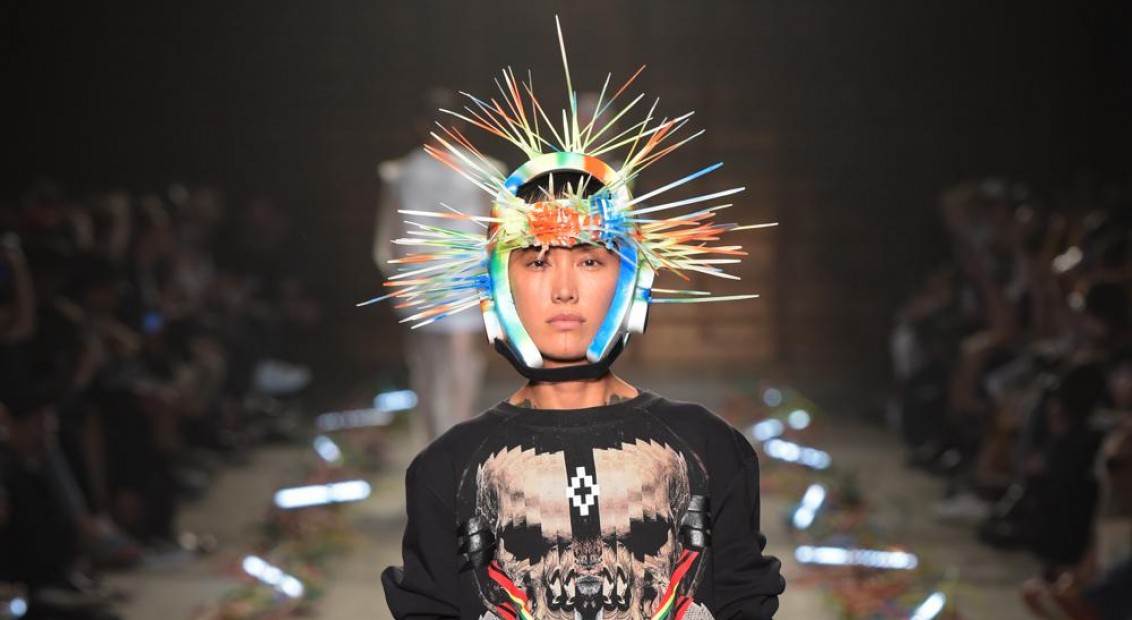 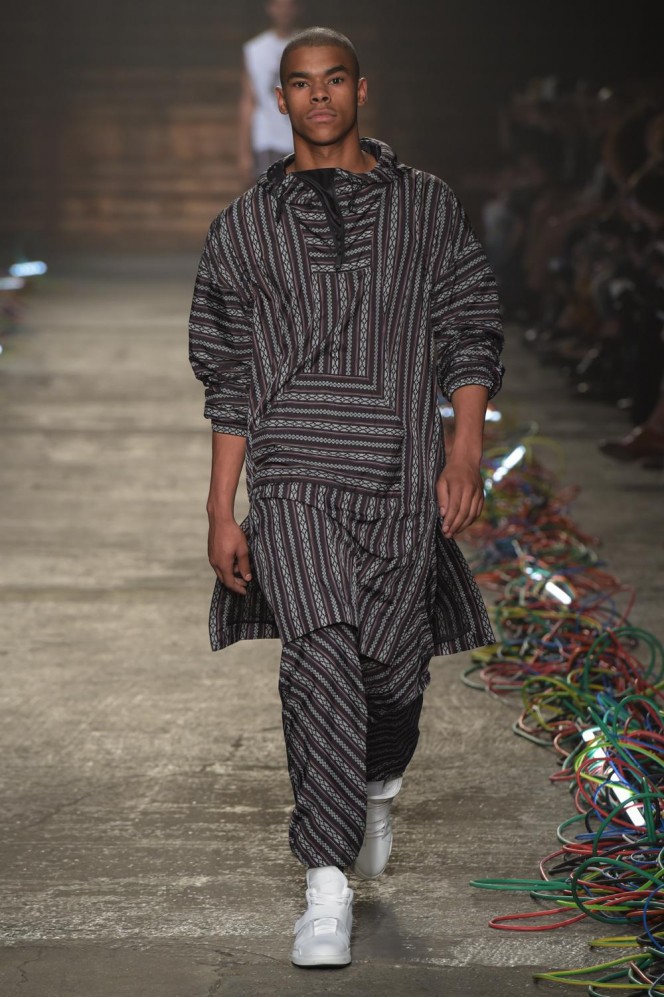 An exception to the ‘jack of all trades, master of none’ idiom, Marcelo Burlon has proven he’s able to apply his influences from all areas of his artistic background to his design. Burlon’s involvement in the music scene and world of streetwear was evident in yesterday’s collection, right down to the industrial feel of the runway, styled with a multitude of coloured wires woven around foot lights. A club kid before moving to Milan in the late 90s, all elements of the creator’s background effused in not only the garments themselves, but also in their styling, models at times wearing headdresses and kneepads that resembled something between a Hoberman Sphere and a Koosh Ball.

The component of fun was bang on, with the use of bold, primary colours on a Pac-Man inspired sweater and shorts combo, and colourful swirls around the arms and legs of black blazers, shirts and trousers, like something from Rainbow Road on Mario Kart. Two plus players please – Burlon is a team player after all, at the vanguard of Milan’s new guard of designers injecting fresh, street-fueled energy into the city. Take his recent initiative The New Guards Group, a Milan-based production and distribution company that also name-checks Off-White, Hood By Air and Palm Angels. In a nutshell, they’re employing Milanese expertise to make clothes at the same level of quality as some of Italy’s biggest fashion houses.

There were a lot of open, detached hoods and ponchos with fine, subtle embroidery, almost tribal in their appearance, while khaki and colour blocking in digital prints of skulls, and wild animals, such as lions and snakes, decorated Burlon’s signature t-shirts. The collection progressed on FW15 with scattered, speckled imagery resembling nerve endings and appearing on suits. And while bright colours were still the centre of attention, technical niceties are Burlon’s trademark. Flashes of midnight blue and stark white broke up a collection full of energy, and that’s ultimately what keeps growing this brand. It’s an exciting time for Milan.