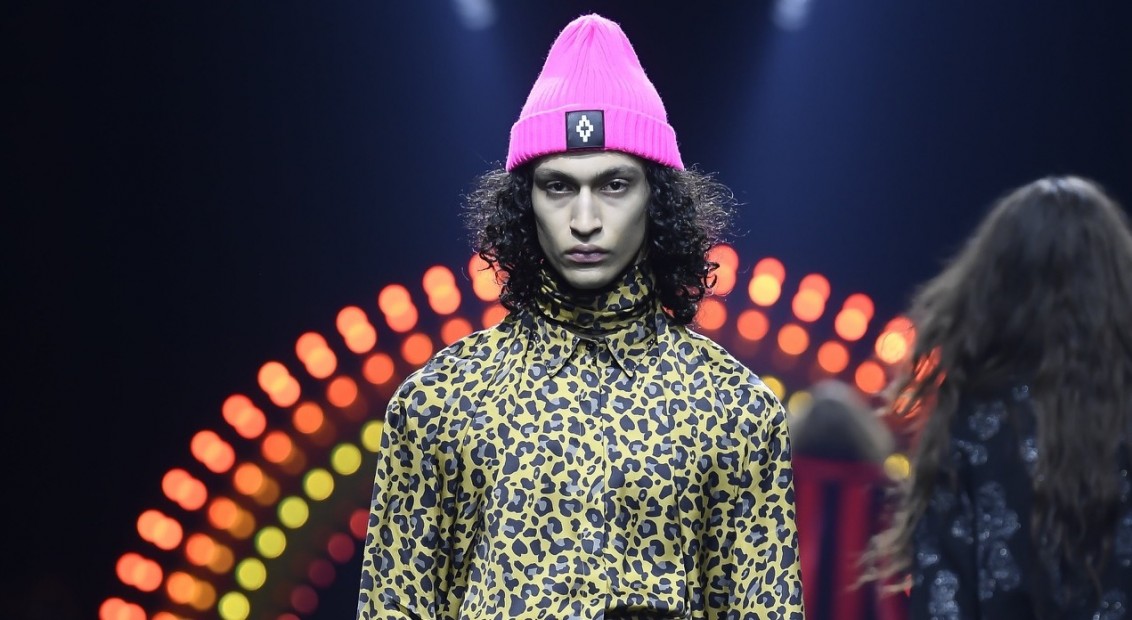 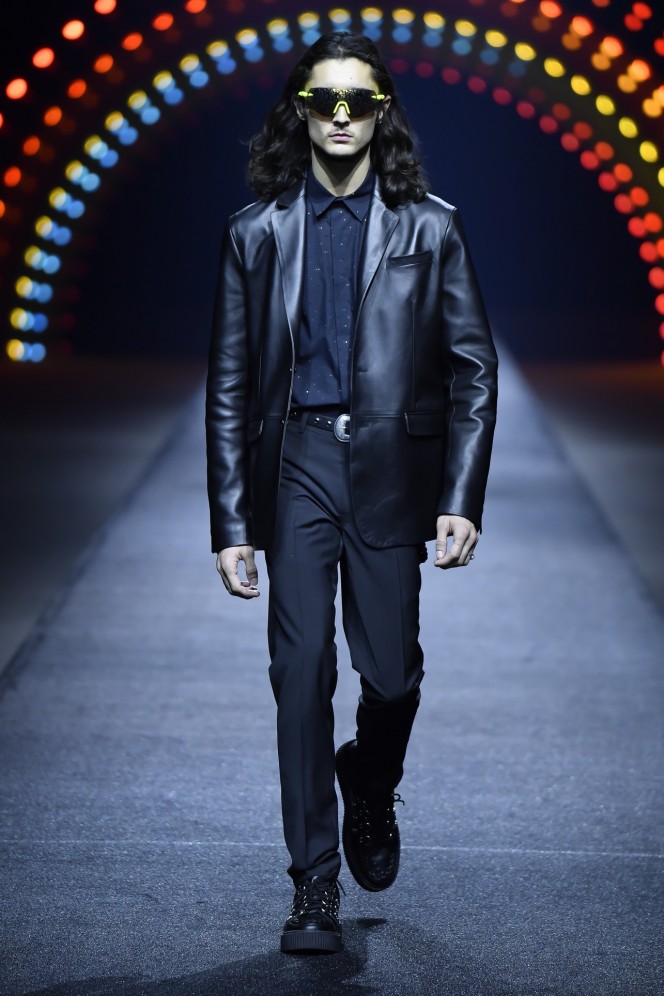 Marcelo Burlon is the Milan based designer with an ever-growing popularity among Italian millennials and Gen Z streetwear enthusiasts. Included in his burgeoning list of clientele, a group of well-known Italian rappers and ‘bad boys’ who, of course, disseminate the Book of Burlon to the droves of young fans that follow them.

With this type of Insta-driven demographic, Burlon is continually forced to think on his feet, creating new content to keep pace with the relentless speed of streetwear. Having last season dabbled in the possibility of an extra-terrestrial encounter, FW19 saw him play with the idea of an abandoned amusement park. At the entrance to an extended runway, models emerged from beneath a rainbow, wearing colourful streetwear pieces reimagined in the spooky acidic neons of a disused amusement park.

Colourful animal print suits, glittered bodices, velvet jumpers and faux fur coats – each look bore the hallmarks of Burlon’s energised vision at the brand while still retaining the flexibility to be mixed and matched with other styles. Having just opened his sixth store in Asia, it’s a flexibility he will need.